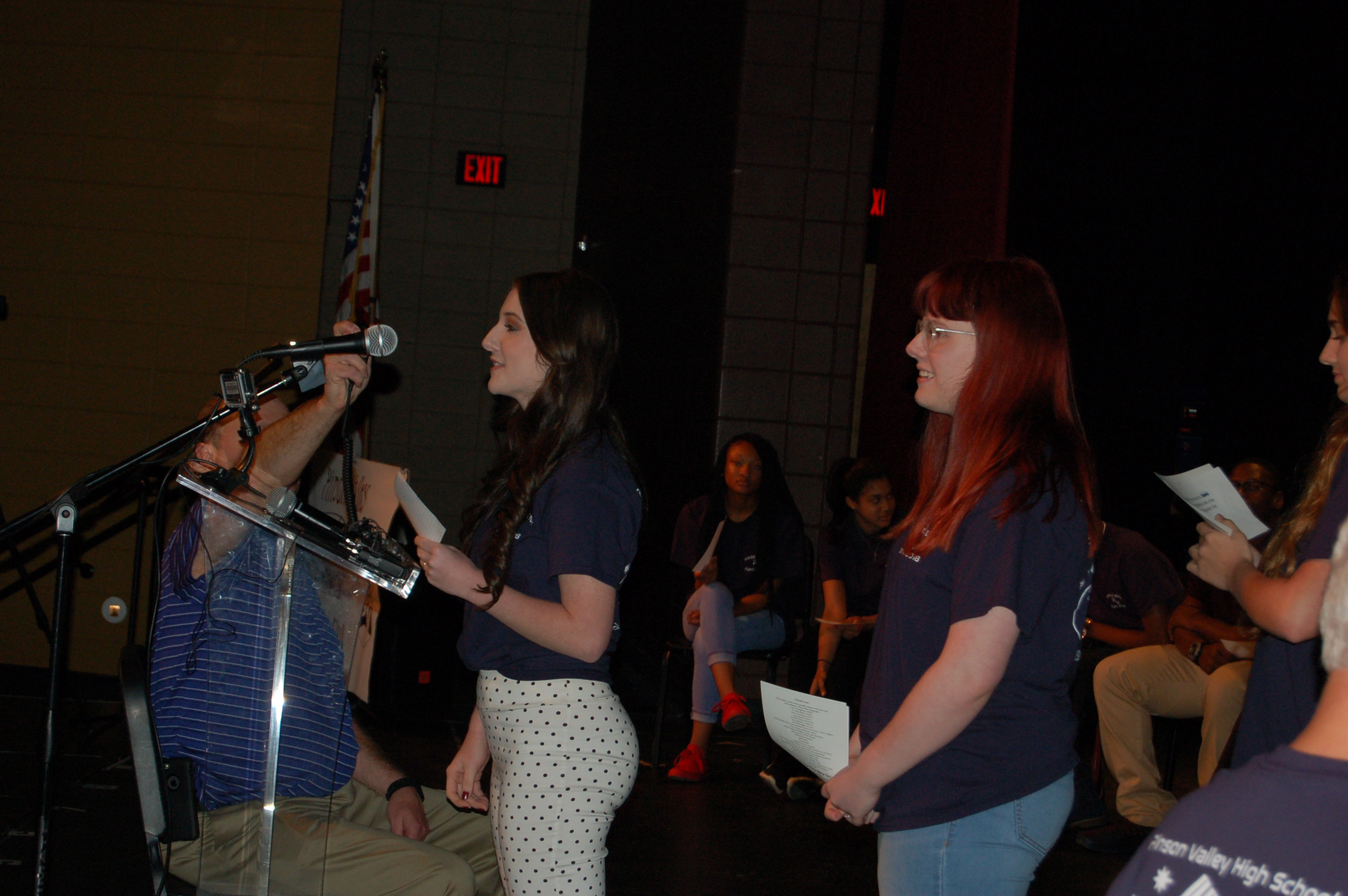 PINSON — Traveling thousands of miles per hour and orbiting several hundred miles above the earth’s surface, astronaut Richard Arnold aboard the International Space Station was patched through HAM radio in the auditorium of Pinson Valley High School, where he spoke to members of the school’s Amateur Radio Club.

“I’m so excited that everything came together for everybody,” said Assistant Principal Tanja Tyus. “So many people had planned and prepared for this and I’m so happy for the kids that got to hear it.”

Today, PVHS was the first high school in Alabama to make contact with the ISS through HAM radio and among the very few schools throughout the state to talk to astronauts as they orbited above the atmosphere. Last year, PVHS was selected by the Amateur Radio on the International Space Station or AIRSS to make contact.

“My husband is an amateur radio operator and he was aware of this program and he thought it would be a great idea for our school to try this,” said PVHS English teacher Jennfier Moore. “So he was really the one who got it started and a team of us worked together to get the plan going.”

The phases to get PVHS ready to make contact with the ISS has been in the works for several months. In the last two months, the students of the club worked on what kind of questions they would ask Arnold.

Progress of the ISS was tracked by a computer program which was shown on a screen behind the stage of the auditorium as the crowd awaited the window of time when contact would be possible. Just after 1 p.m., Ken Moore, who is Jennifer Moore’s husband and a work instructor at PVHS, initiated contact with Arnold.

Arnold was first selected by NASA for their space programs in 2004.

“I have a HAM radio license myself and I was a young student here at Pinson and went on and got an engineering degree at UAB,” said Pinson City Councilor Robbie Roberts after contact with the station was disconnected. “I think this is something that students that looking to do that in the future would certainly appreciate and it gives you a chance to be able to see the bigger picture of what’s possible, so I think it’s great exposure for these kids.”

A Q&A session was held while the window was open in which each member of the club stood and asked Arnold a question. Questions ranged from what everyday life aboard the station was like to what kinds of languages are spoken up there. Contact lasted approximately 10 minutes.

“Honestly I feel like it’s a great opportunity to do something like this,” said Tori Rainwater, 16, another member of the radio club. “Just asking questions and getting people in our school excited about space.”

Moore said that she is hopeful that today’s event will draw more children to the field of science.

“I hope that it will encourage kids to be more interested in science, technology and mathematics, engineering – all the STEM topics,” Moore said. “But also I hope it’ll let our kids see that there’s endless possibilities in their lives. Anything’s possible.”

See below for more pictures of the event. 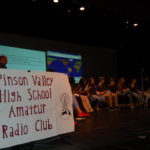 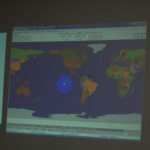 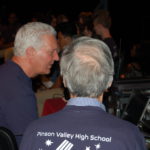 Tim Cunningham operates a computer on the stage. Photo by Nathan Prewett. 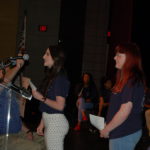 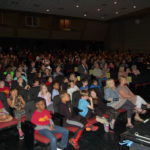