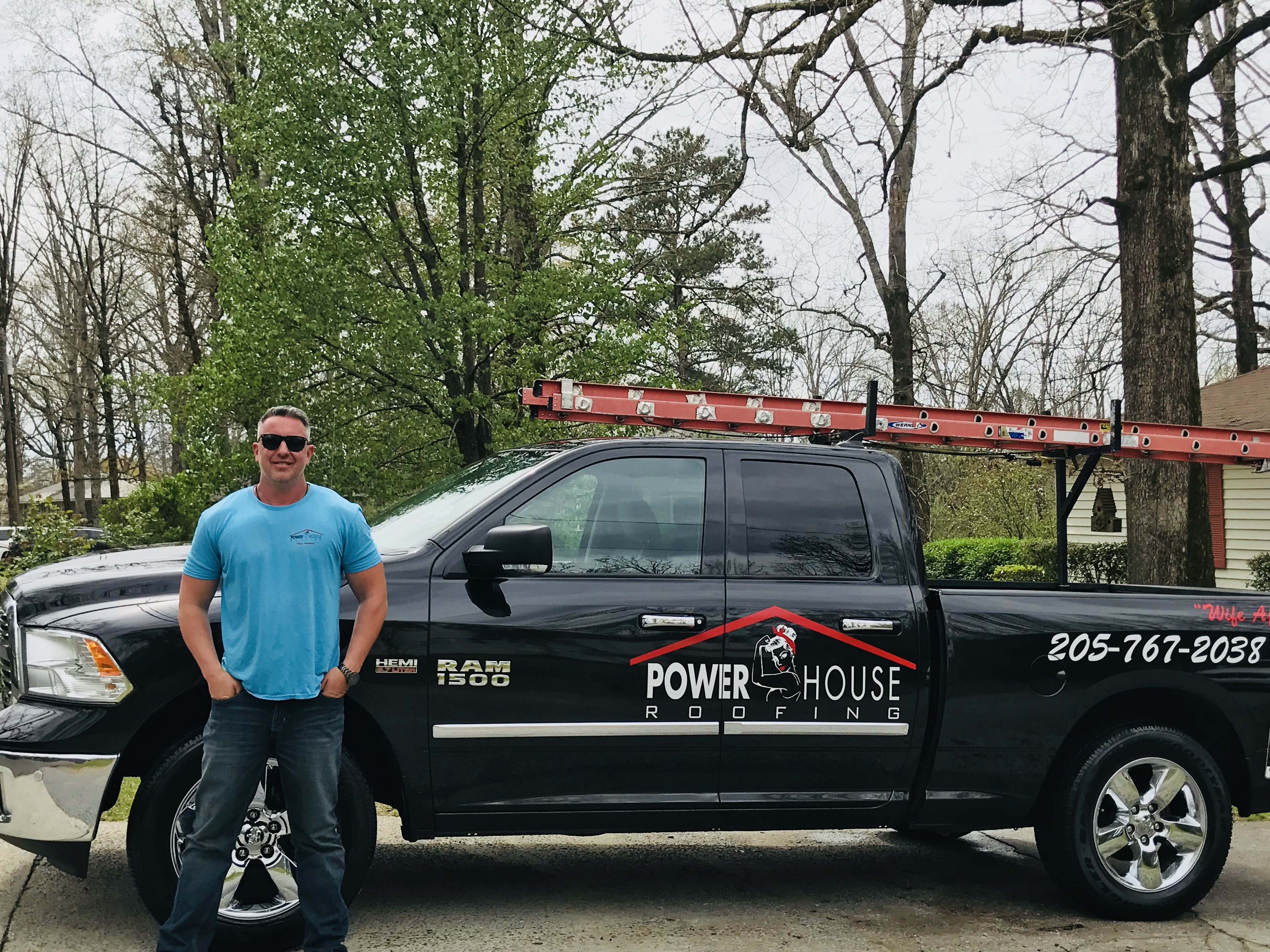 MT. OLIVE – Originally from northern New York, Todd Farman has made his mark with this company, Power House Roofing for five years. And during that time, he has built relationships with his customers that commonly turn to friendships.

“All of our friends that we have made here have been either acquaintances through roofing or I have put their roof on their house,” he said. “And it’s because you take the time to show them that you care and not just putting on a façade but really mean it and truly mean that you care about their needs and their wants and what’s going on.”

Farman has met a lot of interesting people on the job. He said that his favorite thing to do is to get to know the homeowners that he’s doing work for.

“That’s a favorite part of my job: is to sit with homeowners and just shoot the breeze, just talk,” he said. “Because you don’t know who you’re going to meet, what they’re going to say. We have a job going on next week with a gentleman from France. He was born in ’39, so he was telling us how he remembers when he was playing on the German and the U.S. tanks. To me, stuff like that’s interesting.”

This is a habit that he instills into his team of sales people.

“I always tell my guys: ‘Spend time with the homeowner,’” he said. “That way you’re not one of those companies that run in and run out. You have to make people feel comfortable. It should become second nature.”

He said that he came down here to work with an old friend that taught him the roofing business. He did this until he decided to branch out and do his own thing.

“After a couple of years of working with him I decided it was time for me to spread my wings,” he said. “Jump out of the nest and spread my wings. And I love it, absolutely love it. I’ve been working with the same roofers for five years and they’re some of my best friends.”

Power House Roofing specializes in shingles for roofs and can restore roofs that have been through damage from weather and other effects. Farman said that in addition to roofing, Power House provides services for sheetrock, some carpentry, gutters, siding and interior/exterior painting.

Power House extends to different in different areas. Though they mainly serve areas no more than an hour away, Farman said that they’ve serviced places in Hamilton, Anniston, Gadsden, Clanton and Cullman.

He works from his home, but he likes to get out and get his hands dirty or supervise in the projects that Power House is called to do.

“We all try to do the same thing,” he said. “We get to work with the insurance and all that, but what separates us is I’m available to the homeowner at any time. I’m on the job site, I’m on every job. If it’s in the morning to just get the get the guys going, checking material, make sure everything is there, so I play a hand in every job and a lot of owners of a company don’t. They’ll sit back in their office and do what they need to do but I do that and I’m on the job.”

The motto of Power House is “Wife Approved”.

“You know the old saying, ‘If mama ain’t happy, nobody’s happy’?” he said. “It goes with that. It’s been my logo for two years now. I was at a gas station a couple weeks ago and there was a couple that was driving down from – I think it was Wisconsin or Chicago – and he said, ‘Wife Approved,” and I said, ‘The one and only, and he says, ‘Smart choice.’”