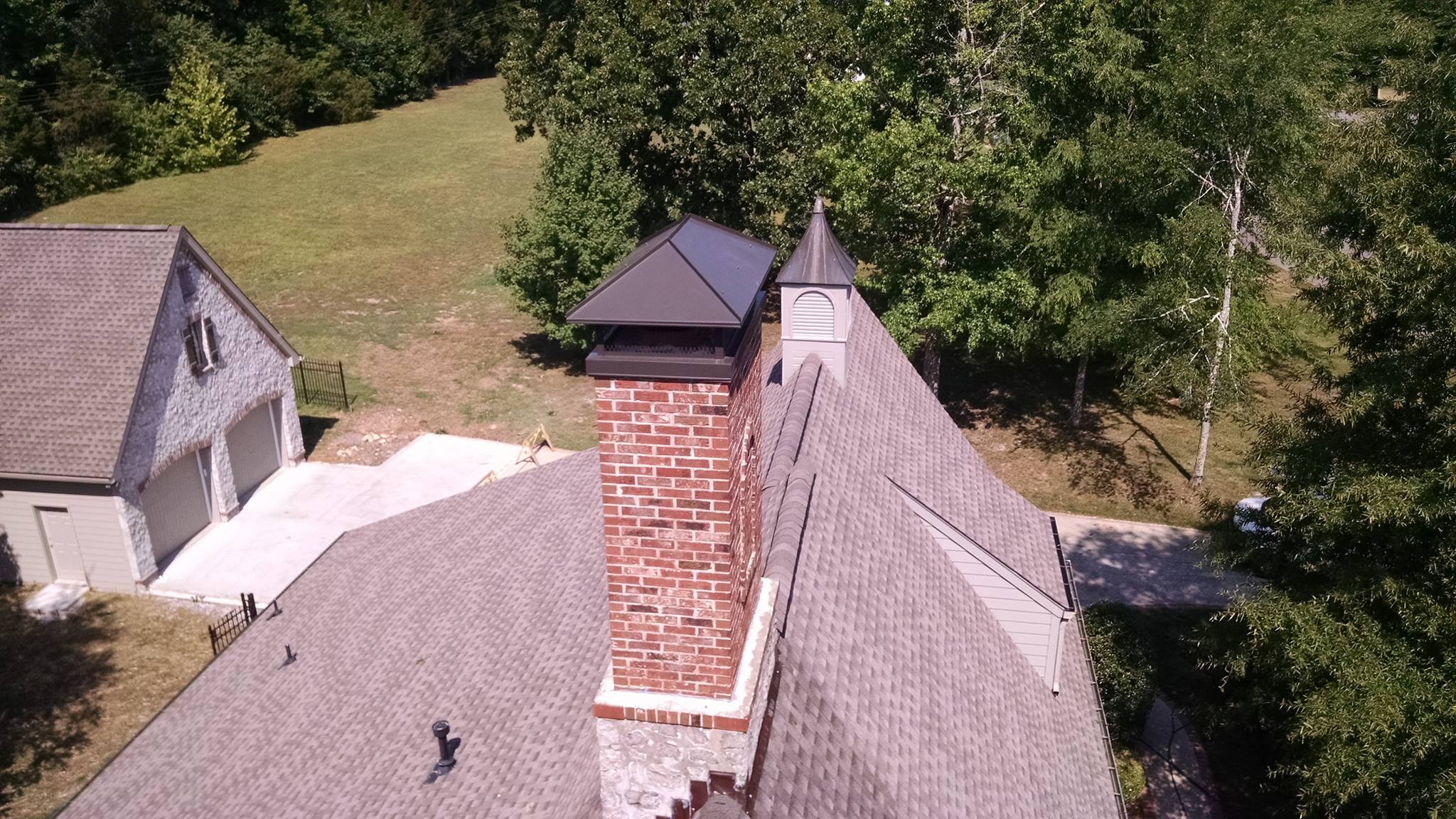 HAYDEN – You know chimney cleaning has come a long way when companies like Clean Sweep are using drones and digital scanners to help inspect chimneys.

Calvin and Kim Boone bought Clean Sweep in 2006. Before then, the company began in 1991 and was owned by a firefighter. Calvin Boone is himself a retired firefighter who served at the Vestavia Hills Fire Department for 26 years.

“It’s always been owned by firefighters,” Kim Boone said. “And now we’ve added marines to it. We want to hire vets, so we’ve got a marine who is working full-time for us now.”

She said that firefighters are familiar with the various causes of fires, especially when it happens in a chimney, which helps on the job.

“When somebody has a chimney fire, we can usually tell what the source is or what happened to it,” Boone said. “There is something about firefighters that people just instinctively trust. They do know situations that contribute to what causes fires, so that helps tremendously.”

In regard to the technology that Clean Sweep uses, the drone is able to get to steep places that might prove dangerous to inspectors. In addition to the drone, Clean Sweep also uses a digital scanner.

Inspectors use a camera that can go into a chimney where the interior can be observed on a computer. It’s used mostly for masonry fireplaces so mortar joint and flue tiles can be checked.

It was among the winners of the Super Service Awards on Angie’s List in 2013 and 2018. Boone said that Clean Sweep was the only business in Hayden with an A+ rating on both Angie’s List and the Better Business Bureau.

Clean Sweep is certified by the Chimney Safety Institute of America and the National Fireplace Institute.

Boone said that the main cause of chimney fires is people not maintaining their fireplaces, which results in creosote building up inside over time.

Another cause of fire is burning wet wood that isn’t properly cure and stored. A sign that wood isn’t properly dried is when you hear hissing and popping as it’s burning. Moisture from wet wood can create a denser and heavier smoke that can cover the inside the flue system and turn into creosote.

Boone advises people to have their fireplaces regularly inspected.

“The chimney fires we see are all avoidable,” Boone said. “And it’s really kind of sad. It’s usually because people haven’t maintained their fireplaces and they’re burning wood and so they get creosote buildup. Please, please get your fireplace inspected.”

Clean Sweep’s hours of operation are Mondays through Fridays from 9 a.m. to 4 p.m. and is closed on the weekend.

For more information about Clean Sweep or to inquire about their services, visit www.cleansweepal.com. They can also be reached at 205-647-8886.