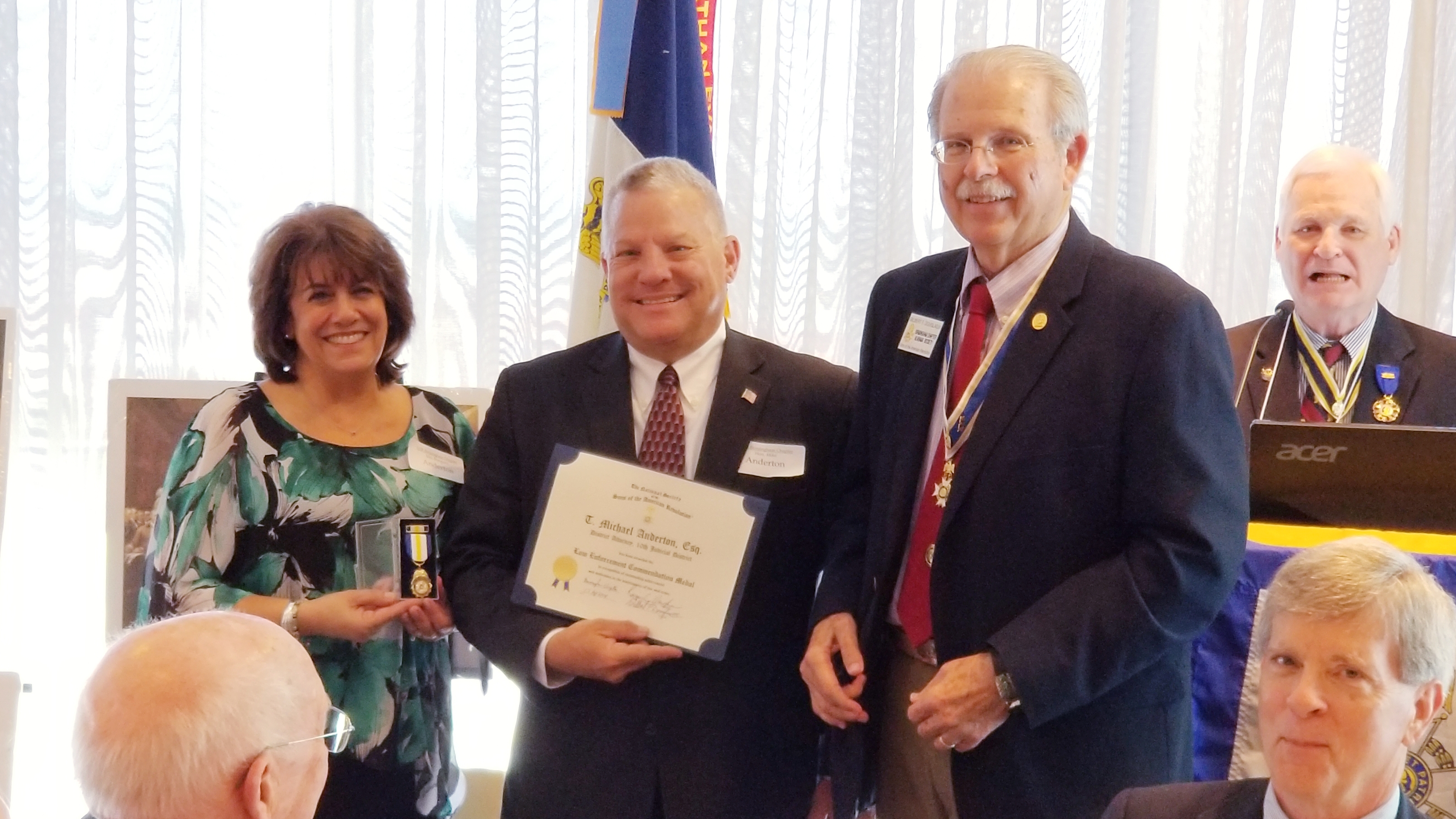 The medal was awarded by Constable Gilbert F. Douglas III from the chapter. The medal recognizes “outstanding achievement and dedication to the maintenance of law and order”.

Anderton is currently running for District Attorney in the June 5 primary election as a Republican.

“It’s a great honor to receive this award from the Sons of American Revolution. I’m proud to have been serving the people of Jefferson County for over 30 years, and I’m running for District Attorney so I can continue to serve them,” Anderton said in a statement. “I am humbled by receiving this award based on my work with law enforcement through the years. My first exposure to police and prosecution involved the shooting death of a police officer. It absolutely changed my life. This award reflects an appreciation for my work in the District Attorney’s office.”