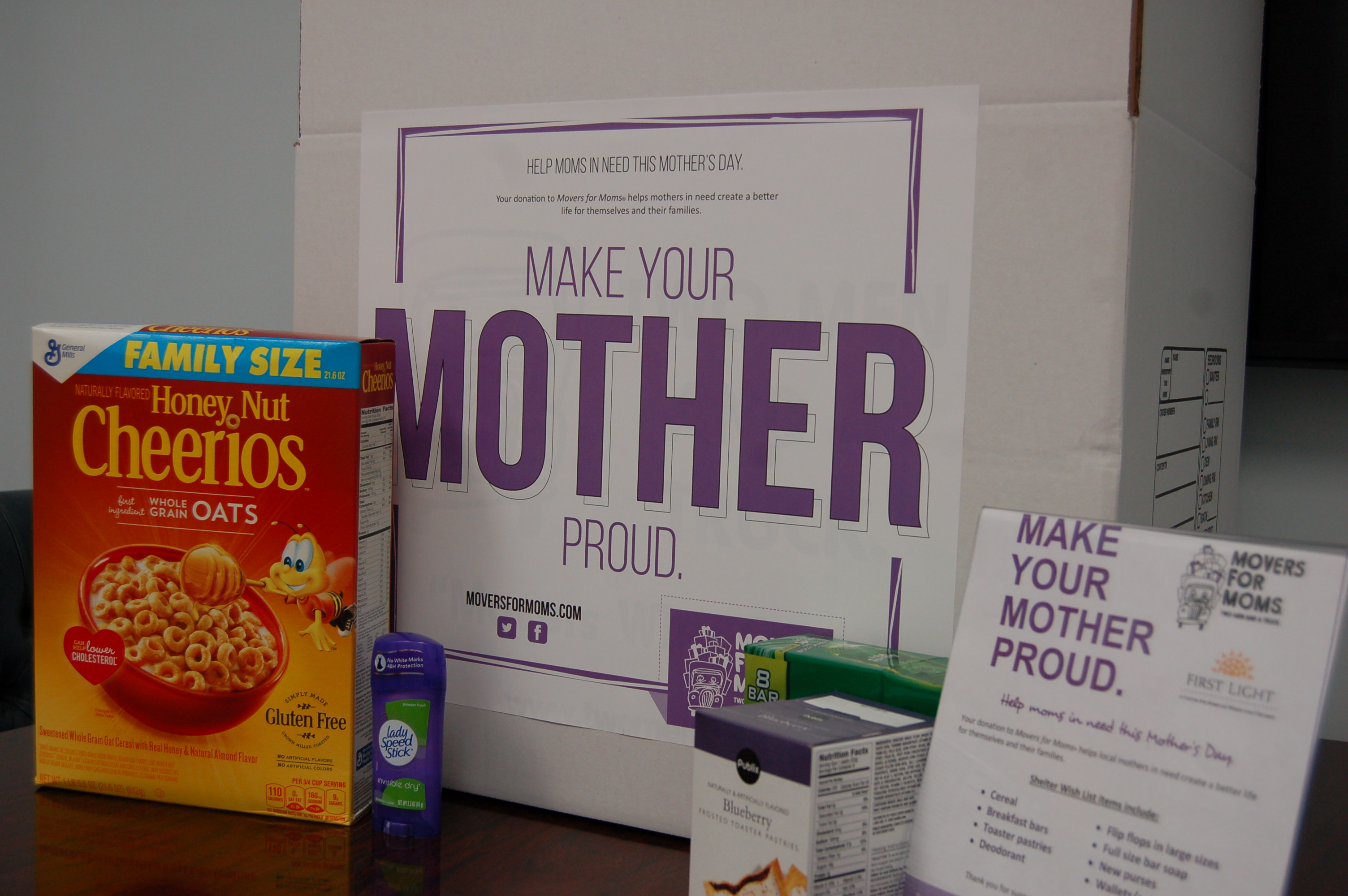 TRUSSVILLE — Domestic violence is an all too familiar phenomenon that we see everywhere in society. But this sad reality allows for people to express their compassion for those in need and for single mothers fleeing domestic violence in particular. Movers for Moms is one such way to do that, according to Kelly Atchison from Two Men and a Truck and Deborah Everson of First Light, a women’s shelter in Birmingham. 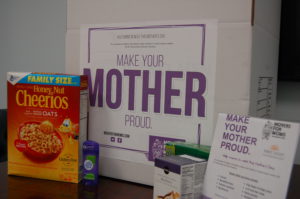 “I get asked the question, ‘Who is the typical woman who’s at First Light?'” Everson said. “She may be 19, she may be in her 80s. She may have a high school education, college, master’s degree, she may have a PhD.

But Movers For Moms is not just for domestic violence victims. It’s also for moms from all walks of life.

“The whole idea and concept behind it is to make Mother’s Day special for all women despite whatever situation they’re in,” said Atchison at the Two Men and a Truck office in Vestavia that manages the Trussville and Pelham truck dispatch locations. “We feel moms should be honored no matter what.”

Movers for Moms is in its 11th year as a campaign that delivers items to women on Mother’s Day. Atchison said that last year the company was able to collect more than 270,000 items nationwide. The goal this year is to deliver 310,000 items nationally, with 2,500 items being the goal in the Birmingham area. Last year, 1,500 items were gathered locally.

“We are in full swing with Movers for Moms,” she said. “But it’s never too late if any church or businesses want to get behind it. It’s never too late to get involved, especially with our office there in Trussville.”

Two Men and a Truck will be collecting until May 8 and will begin delivering items on May 9 in time for Mother’s Day.

“Every year – this will be our sixth year partnering with First Light – every wish list is a little bit different each year,” Atchison said. “This year they need essential care items to help them serve the women staying at the shelter. Some basic items are deodorant, food items such as cereal, full bars of soap, pastry items and other gift items, such as new purses, wallets, flip flops for the women.”

All of the items go to First Light where the staff will go through them before giving them out to those who need them.

“There was a good opportunity for the community to try and support these women directly with things that they need,” Everson said of First Light getting involved with Movers For Moms.

Churches, businesses and other entities that are partners with Movers for Mom are given wish lists and have boxes on hand where donated items can be deposited. All of the donated items are delivered to First Light, located 2230 Fourth Avenue North, where they can be handed out.

“They find locations – whether it be a grocery store, a bank – various locations throughout the city who are willing to be a collection site,” Everson said. “And they will put signs there and that way people can just go there and drop off things that were on this list of items that we ask for.”

“The question of the hour became, ‘How can we better serve our homeless citizens?'” Everson said.

The shelter has grown over the years to serve more and more women. In addition to feeding and housing women in need, First Light has a social services program to help them get back on their feet and get away from any domestic violence situations.

“Every donation is truly going back to a mom or a woman in need,” Atchison said. “It’s our mothers, our sisters, grandmothers. These gifts and items are really making an impact locally here in Birmingham.”