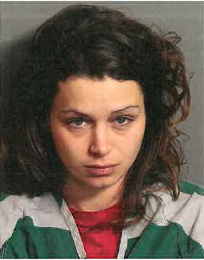 UPDATE: Wright was located by the Birmingham Police Department.

On March 12, detectives with the Birmingham Police Department’s homicide unit released photos from a homicide that occurred on Feb. 11.

The police department has now identified the female in the photos as Misty Lynn Wright and is deemed to be a person of interest in the homicide of Reginald Brown.