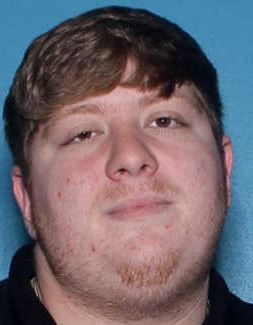 UPDATE: Crime Stoppers has reported that Woodall has been arrested.

PINSON — A man whose last known address is listed in Pinson is being sought by the Shelby County Sheriff’s Office on felony warrants charging him with unlawful distribution of a controlled substance.

Jonathan David Woodall, 24, is described as a white male with brown eyes, red hair, standing at five feet, 10 inches, and weighing 265 pounds. His last known address is listed as the 5700 block of Desoto Drive in Pinson.