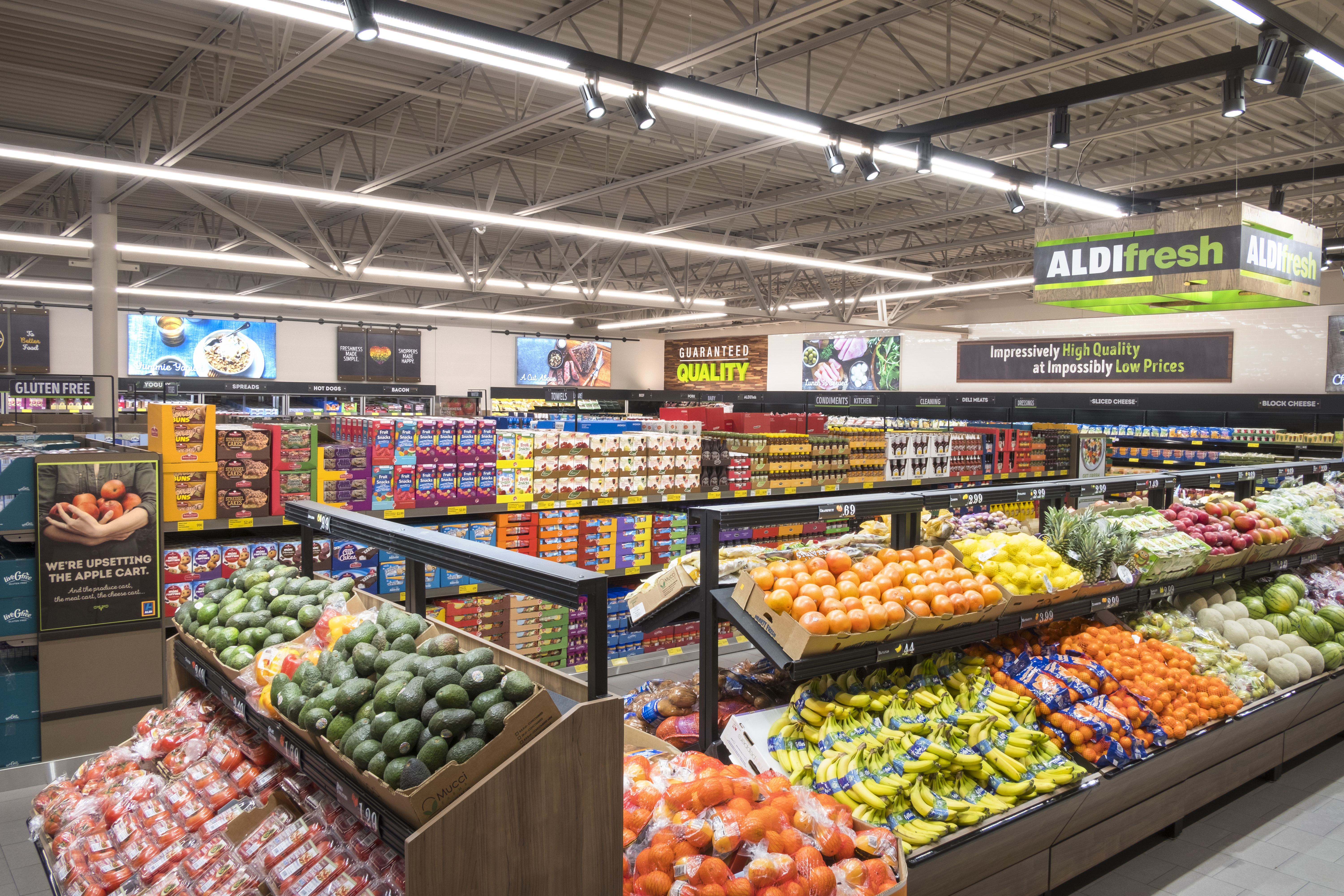 Aldi new design concept similar to 365 by Whole Foods, may be headed to Trussville

TRUSSVILLE –Aldi has a new design that Business Insider called “identical” to Whole Foods’ new concept, 365 by Whole Foods. While it is not yet a done deal, there are indications that the new Aldi design concept may end up in Trussville.

Business publications having been buzzing about a head-to-head competition in the grocery industry between Aldi and Whole Foods.  According to the Bloomberg Business article, Whole Foods Is Getting Killed By Aldi, Whole Foods launched a new concept in order to win over millennials. Aldi’s new design concept matches the Whole Food plan step for step, but still wins the price war with pricing as much as 30 percent below Walmart, according to Business Insider.

Trussville could become the next salvo in the battle.

Representatives from Aldi appeared before the Trussville Design Review Committee seeking approval for signage for the building in Homestead Village formerly planned for Fresh Market. The approval was granted.

John Abernathy of Blackwater Resources, developer of Homestead Village, could not confirm that Aldi is interested in the space. Citing a confidentiality agreement, Abernathy would only say that Blackwater is in negotiations with potential tenants for the two remaining spaces in the shopping center.

Aldi representatives had not responded to emails at the time of publication.

But there are indicators that the new design could be headed for Trussville, including a local employee that said she was told the store was moving and that the new store would be totally different than the current store on Chalkville Mountain Road. The employee, who declined to speak on the record, said no date was given for the move.

In 2015, Whole Foods, once the darling of the upper end organic grocery store world, was facing three straight quarters of declining sales in existing stores. In 2016, Fresh Market, another organic grocer, began backing out of leases and closing some stores in an effort to contain costs.

In an effort to win over the young professional millennial crowd who loved the products, but not the price, the Whole Foods chain rolled out the new 365 by Whole Foods concept. The 365 by Whole Foods is a scaled down version of the original store with a lower price point, but without the deli, restaurants, and prepared food counters.