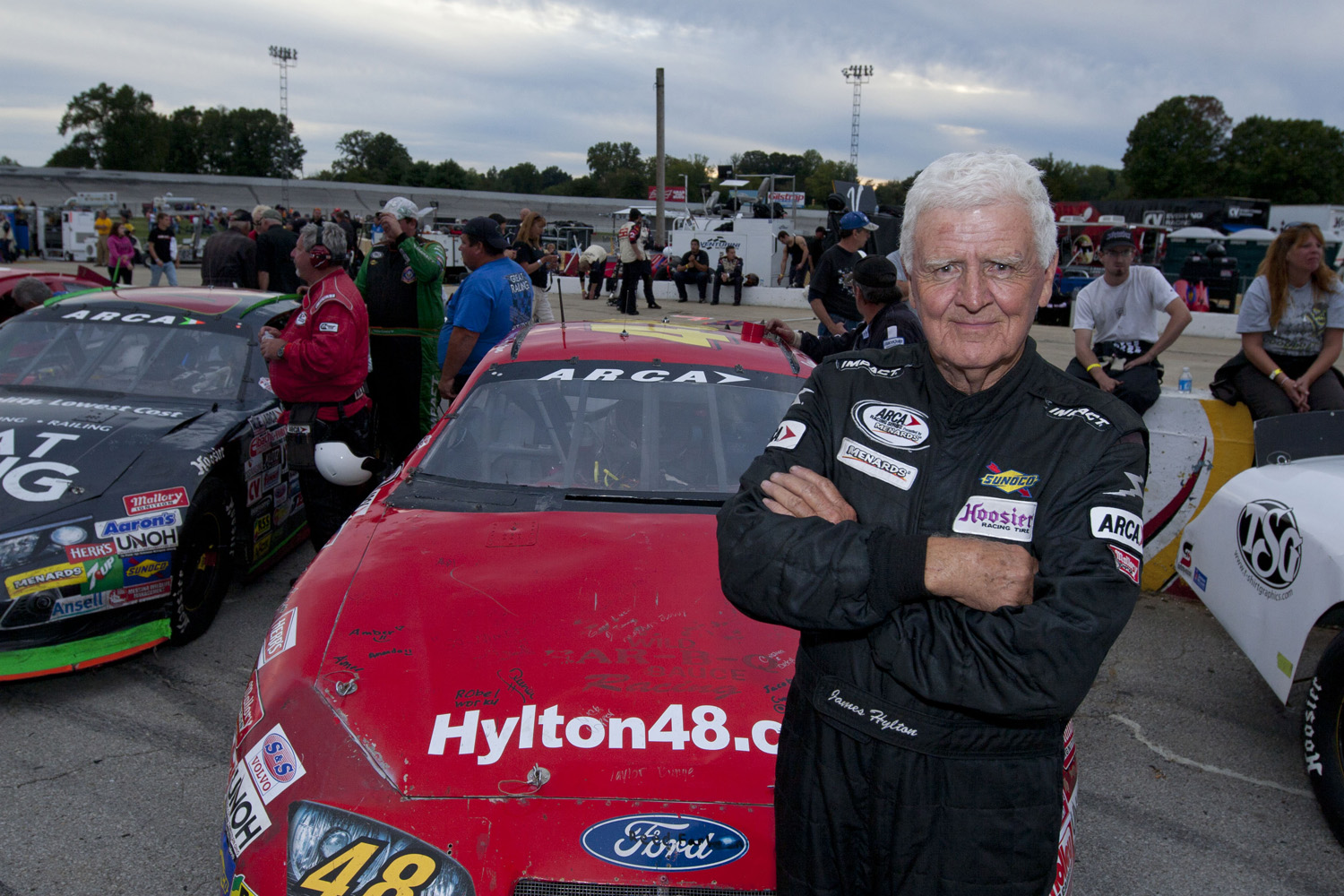 James Hylton poses in front of his race car prior to the Kentuckiana Ford Dealers Fall Classic by Federated Car Care 200 ARCA Race at Salem Speedway, in Salem, IN.

Former NASCAR driver James Hylton and his son were killed in a truck accident early yesterday, April 28, on an interstate in Franklin County Georgia, WSPA said.

According to the Georgia State Patrol, the collision happened near mile marker 164 in the northbound lane at 6:10 a.m. The report states that the vehicle ran off the roadway left and hit an embankment.

The two passengers were killed in the crash.