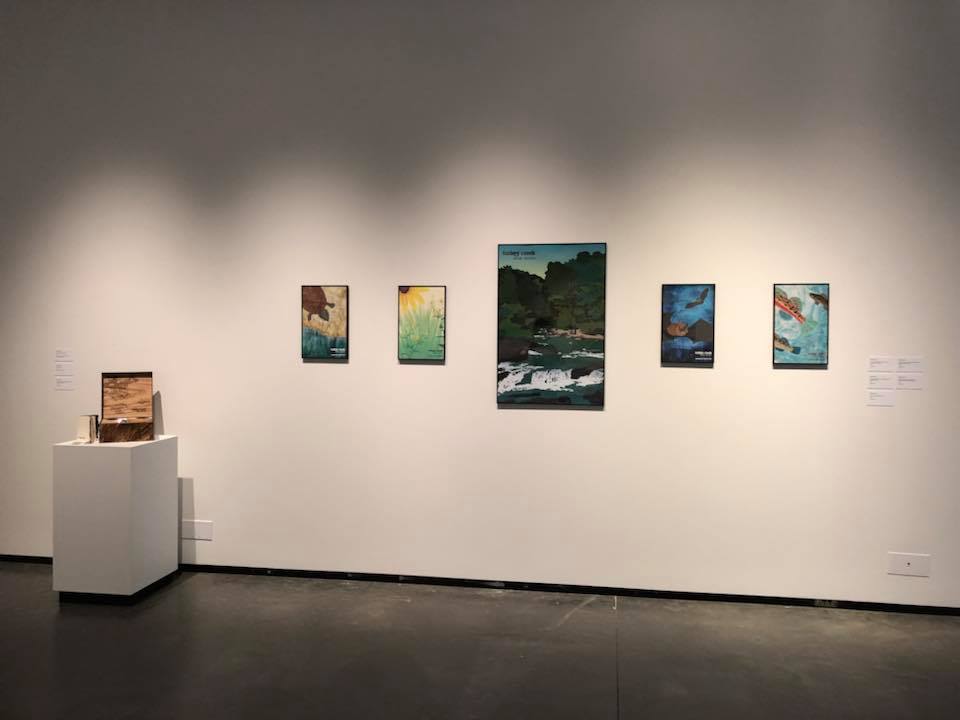 PINSON – Inspired by the animals and fauna of Turkey Creek Nature Preserve, Pinson native Bailey Barrow chose the park to be the subject of her art at an exhibition at UAB where she graduated on Saturday. 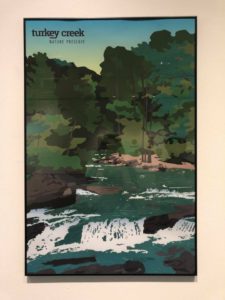 “I think we’ve got something in Pinson that’s really special,” she said.

Barrow, who got her BFA in studio art with a concentration in graphic design, said she wanted the art she created to bring more attention, not only to Turkey Creek, but to the city as well.

“Because I grew up in Pinson I grew up going to Turkey Creek every now and then,” she said. “I feel like Turkey Creek doesn’t get a lot of notice and Pinson doesn’t get enough notice as well. And so I wanted to bring awareness to Turkey Creek and maybe get people to be inspired to go there and see the endangered species if they can spot them.”

Additionally, the preserve is home to the long-eared bat and the grey bat, both of which are considered endangered. There is also an endangered turtle called the flattened musk turtle, as well as an endangered flower, called the eared-coned flower.

The art that was on display at the exhibition are posters that Barrow designed. Four of the posters highlight some of the endangered animals at Turkey Creek. One large poster depicts a view of the creek itself that she said was based on old “See America” posters that advertised national parks and landmarks.

“For the backgrounds I used ink marbling and I used hand-made paper textures and I scanned those in and used that as the backdrop,” Barrow said. “They kind of speak to the texture and tactile nature of nature itself really. And so, I wanted the posters to feel like you could touch them, like Turkey Creek is coming to you, you’re getting a look inside the creek and you’re really getting a feel of the area.”

Barrow used a laser cut box as part of the exhibit. The box is an interactive piece that plays sounds recorded by Barrow at the preserve. Sounds include those of birds, insects and creek water.

“I wanted to push the idea further of bringing Turkey Creek to the viewer,” she said. “I’m really interested in interactive art and art that really involves the viewer, not just an untouchable painting on the wall. It’s something that you can touch and you can experience.”

Barrow said that the box was based on the Fluxus movement of art that she described as “bringing art to the person and getting them involved.”

She also created informational zines on Turkey Creek, as well as 2×2 inch stickers based off the posters. The zines gave information on the history of the preserve, including the species currently inhabiting the area.

The exhibition was comprised of works by art students graduating from UAB. Barrow said that she wanted her art to bring appreciation of Pinson to the exhibition because of the city’s sense of community.

“It’s all community,” Barrow said. “The people there are really terrific in the area. And in bigger cities you really don’t get that sense of community as much. Pinson really has that.”