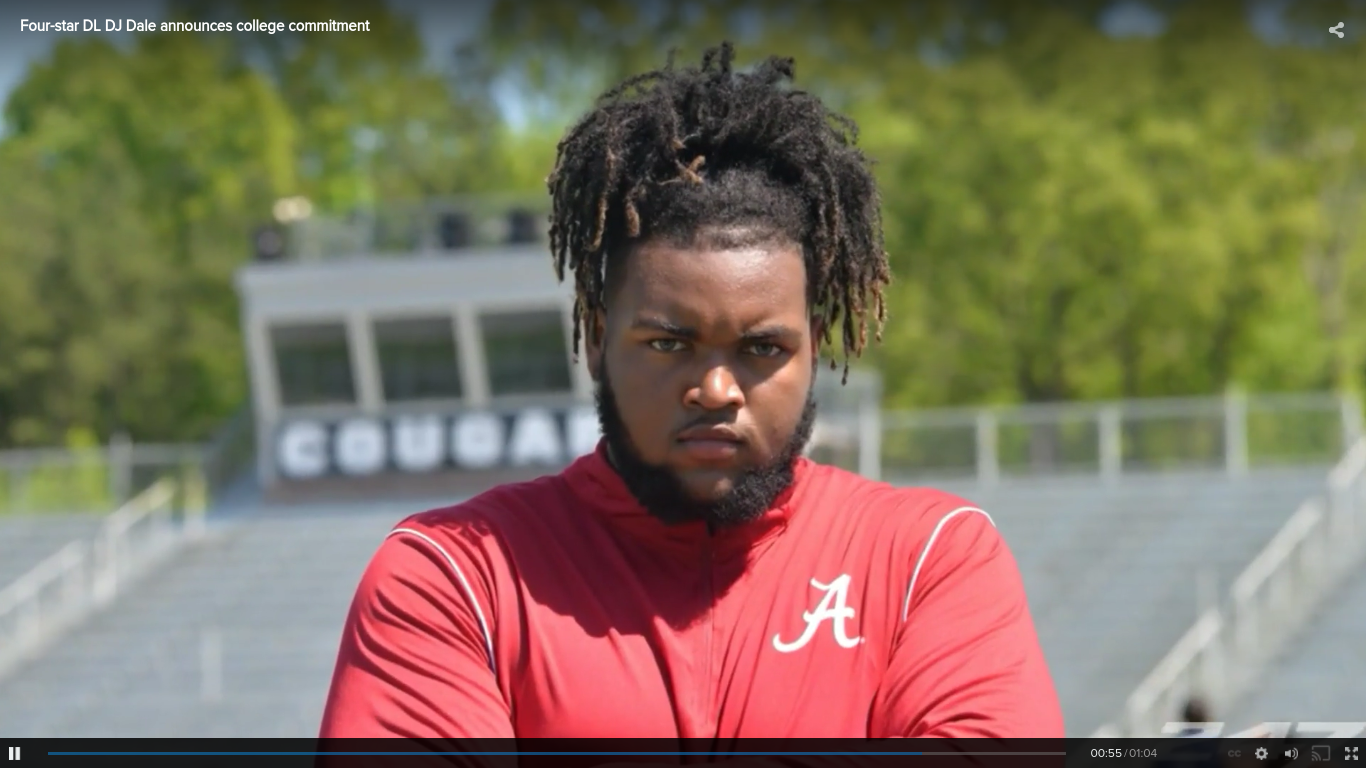 Clay-Chalkville’s D.J. Dale commits to the University of Alabama

CLAY –The University of Alabama has picked up the commitment of yet another local football player. D.J. Dale, the 4-star defensive lineman from Clay-Chalkville High School has pledged his services to the Crimson Tide.

In an announcement at Bama Online, Dale said he had always dreamed of playing college football since he was a little kid. 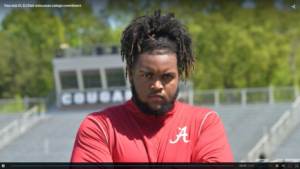 Dale thanked God, his coaches, parents, and family for their support. He also thanked the schools that recruited before saying, “But now, my new home is Tuscaloosa.”

He chose Bama over Auburn, Clemson, Florida State, and Tennessee, among many other colleges.

Dale will join local players Pierce Quick and Paul Tyson of Hewitt-Trussville High School in the 2019 class at Alabama.