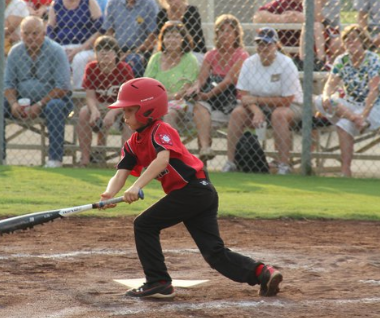 Trussville Park and Rec to take over youth baseball administration

TRUSSVILLE — Nationally, there has been a national decline in youth baseball participation since 2008 and Trussville is no exception to the trend. In an effort to rejuvenate interest in America’s Pasttime, the Trussville Park and Recreation Board is making moves to beef up support of baseball and investing in the sport’s future.

On Monday night, the Park and Rec board voted unanimously to use an unfilled personnel position to create a new director of baseball spot.

“The board voted in support of hiring a baseball director,” park director David Vinson said. “We’ll be working with the Jefferson County Personnel Board to fill the position. We hope to have the right person on board in the next month or so.”

According to a study by the Aspen Institute and the Sports and Fitness Industry Association, baseball participation has been in decline across the country since 2008.

Vinson said the decline in park ball participation can be attributed to many things.

“The park has lost a lot of kids, ” Vinson said. “At one time there were over 1,000 playing baseball and now it’s under 400. Some have moved to travel ball, but there’s a lot more to it than just that. There are a lot more options for kids’ participation than there used to be with sports like soccer and flag football in the Spring.”

The Park and Rec department will also take on concessions, field maintenance and facility repair.

The recommendation to use the unfilled position for a baseball director will now go before the city council as a personnel recommendation, Vinson said.

Vinson and Drew Peterson will handle the interview process for position.

“Trussville Park and Recreation runs top notch programs. That’s the expectation in Trussville and we expect the baseball program to be the same,” Vinson said.