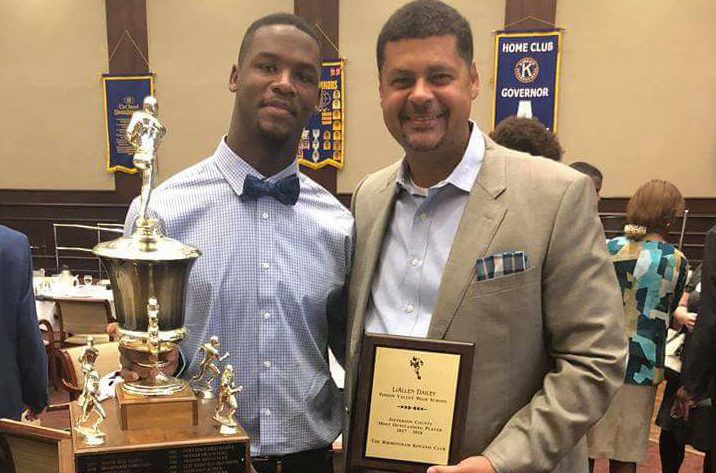 Posted By: Trussville Tribune staffon: May 16, 2018In: Sports
Print Email

BIRMINGHAM — Pinson Valley High School’s LiAllen Dailey won an award from the Kiwanis Club of Birmingham naming him “Most Outstanding Player” in the county.

Dailey spoke of his appreciation for his teammates and how they worked together for their wins.

The ceremony took place at the club’s building in Birmingham where PVHS Principal Michael Turner was also present. He expressed his pride in Daily’s accomplishment.

“I’m certainly proud of this young man’s efforts,” he said. “He is an incredibly humble young man. He’s done his absolute best on the field and as a person. This is a culminating piece for him.”

Dailey, who is an offensive player at PVHS, recently committed to the University of Kentucky. He stands at six feet, two inches and weighs 196 pounds. He is a three star prospect and is the no. 178 overall wide receiver and no. 36 overall prospect in the state. 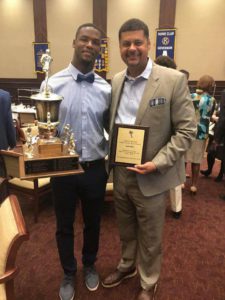