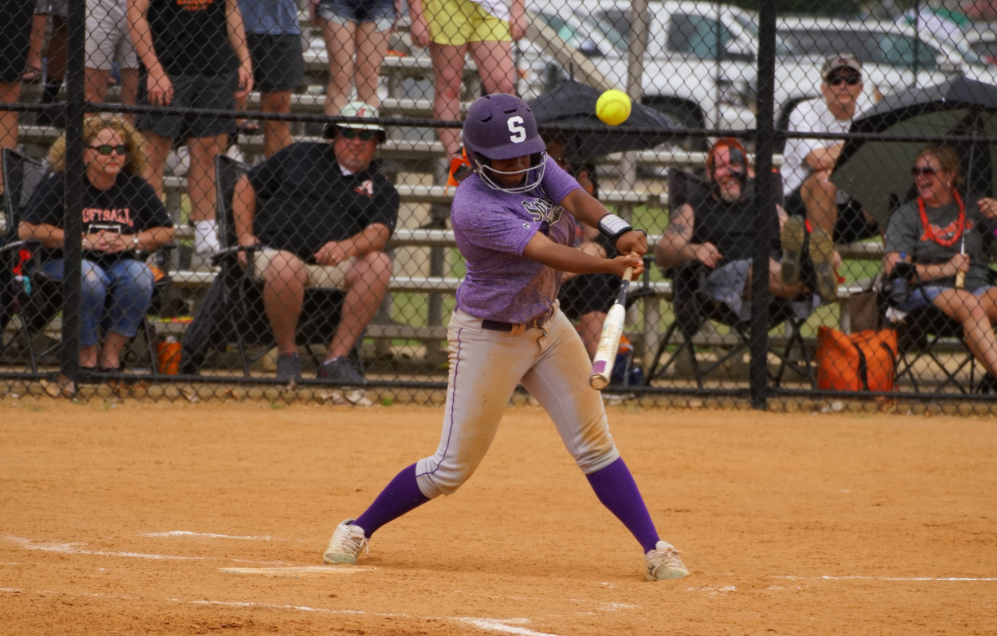 Three, one-run innings and a dominate pitching outing by Abby Swaney help secure the Tigers fourth consecutive title as they shut out Moody 3-0.

The Tigers become only the third team in the AHSAA fast pitch era to win four straight titles. Hatton won four from 2010 to 2013 and Pisgah won five from 2001 to 2005.

McKenzie Kyser put Springville on the board first in the top of the second inning with a solo home run giving the Tigers a 1-0 lead in the deciding game of the 5A state championship.

In the top of the third inning, Heather LeVan singled to lead off the inning. Piper Long laid down a sacrifice bunt moving LeVan over to second base. After a ground out by McKenzie Brown that moved LeVan over to third, Kaylee Chapman singled to left field scoring LeVan and giving Springville a 2-0 lead. With Chapman on and a single by Dakota Dorsett gave the Tigers runners at first and third, Annie Nolan lined out to Moody second baseman Sidney Wagnon to end the inning.

The Tigers added another run in the top of the fourth as Makaylyn Kyser got the inning going with a single to center field. After Mallory Nolen was subbed in as a runner for Kyser, Spivey advanced Nolen to second on a sacrifice bunt. After a fly out by Emily Robinson, LeVan singled to left field and Nolen scored on the throw in putting the Tigers ahead 3-0.

Outside of three singles and a walk, the Blue Devils weren’t able to even threaten the Tigers lead. The Springville defense accounted for every out in the fourth, fifth, and sixth innings. Swaney began the bottom of the seventh striking out Addie Jennings. Dorsett grounded out for our number two. Wagnon singled to keep the Blue Devils alive. Lilly Crowe was walked to put runners on first and second but that was as close as Moody got as Lindsey Richardson popped out to right to secure the Tigers fourth consecutive title.

Kaylee Chapman, Makaylyn Kyser, and Heather LeVan lead all Tiger hitters going 2-for-3 with an RBI each. Dakota Dorsett was also 3-for-4 on the night.

Abby Swaney concluded an incredible run in these playoffs pitching a complete game shut out allowing six hits and three walks while striking out three batters for the win.