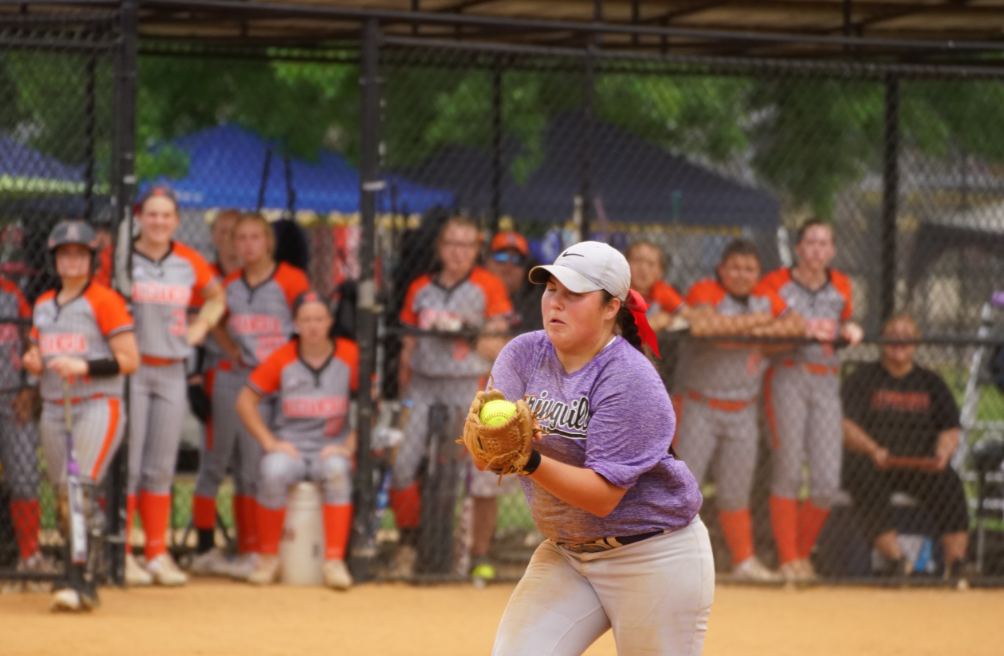 Springville tops Moody 8-4, one win away from championship

MONTGOMERY —A 5-run third inning springs the Tigers forward and forces another game in the 5A bracket as Springville defeats Moody 8-4.

It was Moody who struck first in the top of the first as Springville pitcher Abby Swaney walked both Lilly Crowe and Heaven Jackson with two outs. Ashley Cash doubled on a hard hit ground ball to left field, scoring Crowe and moving Jackson over to third.

Alyssa Fowler reached on an error by Annie Nolan that allowed both Jackson and Cash to score giving Moody a 3-0 lead. Springville answered in the bottom of the second inning as Makaylyn Kyser homered with two outs to cut the lead to 3-1.

The Tigers struck again in the bottom of the third inning as Piper Long and McKenzie Brown both singled to put runners on 1st and 2nd. Chapman then doubled on a ground ball to center field scoring Brown and advancing Chapman to 3rd. Springville still trailed 3-2.

With runners on second and third, Dakota Dorsett singled on another hard ground ball to center scoring both Brown and Chapman giving Springville their first lead of the day 4-3. But the Tigers weren’t done yet.

Robinson scored two runs on a ground ball single to center scoring Nolan and Mallory Nolen to give Springville a commanding 6-3 lead going into the fourth inning.

In the top of the fifth Moody cut into the Springville lead as Ashley Cash singled, scoring Sidney Wagnon making the score 6-4 Springville. With two outs and two runners on board, Fowler grounded out to Swaney ending the inning before anymore damage could be done.

Springville had a two out rally in the bottom of the sixth inning as Brown singled followed by a Chapman double putting runners at second and third. Dorsett added two RBI’s to her day as she singled to center scoring Brown and Chapman giving Springville an 8-4 lead with just one inning left to play.

Swaney made short work of the Blue Devils as she forced a fly out, a line out, and stuck out Richardson looking. Swaney pitched a complete game giving up five hits, two earned runs, four walks, and tallying six strikeouts to force another game for the 5A state championship. Dakota Dorsett and McKenzie Spivey lead all Spingville batters as Dorsett was 2-for-4 with four RBI’s and Spivey was a perfect 3-for-3 from the plate.