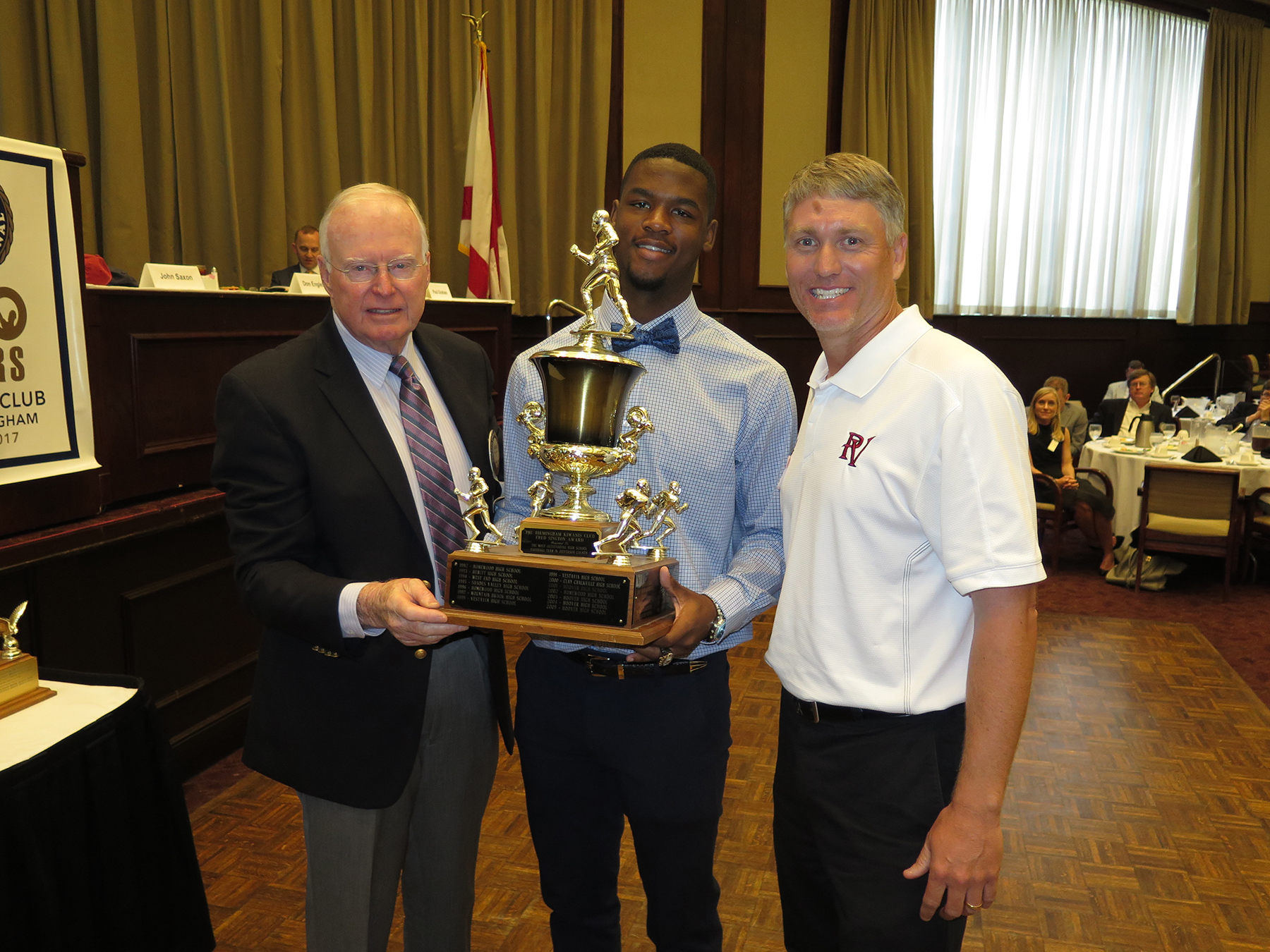 Posted By: Trussville Tribune staffon: May 17, 2018In: Sports
Print Email

BIRMINGHAM — LiAllen Dailey was not the only one from Pinson Valley High School to come away with an award at the recent Birmingham chapter of the Kiwanis Club’s Athletic Awards program on Tuesday. The whole PVHS football team was honored for its undefeated 2017 season.

The team received a Fred Sington Award for Outstanding 2017 Football Team at the program in Downtown Birmingham.

“Pinson Valley High School took home the Fred Sington Award for its 2017 Football Team which accomplished the notable feat of an undefeated season in 2017,” the Kiwanis Club said in a statement. “Having never previously made it past the second round of the state playoffs, Pinson Valley won its first Class 6A state championship under the direction of Head Football Coach Patrick Nix, who completed his first season at PVHS.”