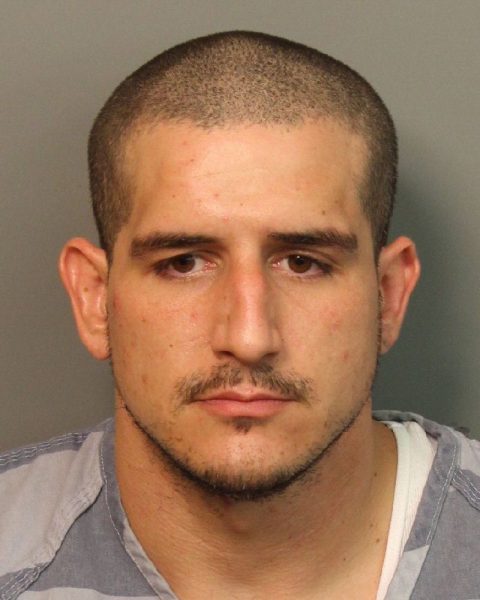 Posted By: Trussville Tribune staffon: May 24, 2018In: Metro/State/Nation
Print Email

TRAFFORD — The suspect of several car break-ins that occurred over the weekend has been arrested and taken into custody, according to the Jefferson County Sheriff’s Office. One break-in resulted in gunfire and a car chase in Pinson.

Caleb Gossett, 30, of Trafford, was arrested in connection to three car break-ins on the morning of May 20. One of the break-ins occurred in Pinson where Jerrica Graves surprised a suspect that was seen breaking into her mother’s car.  She said that she asked him what he was doing but the man began running. Graves fired two shots as the man fled to his car and left.

A car chase followed in which several more shots were fired until Graves stopped and notified authorities. Police later learned that the suspect’s vehicle was reported stolen. Surveillance footage at Graves’ home captured images of the suspect identified as Gossett.

However, according to the sheriff’s office, deputies were leaving the courthouse after getting the warrants and saw Gossett arrive in the reportedly stolen truck and arrested him there. They learned that was there at the courthouse to drop off his girlfriend for an unrelated matter.

Gossett was taken into the Jefferson County Jail where he remains on a $300,000 bond.