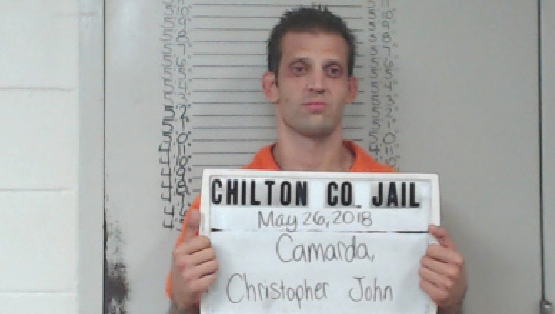 HELENA –A Pinson man and his accomplice were arrested after a pizza delivery driver’s car was stolen in Helena.

Justin Artimus Hall, 30, of Pinson and Chrisopher John Carmada, 34, were both charged with first degree theft of property and fleeing and attempting to elude. 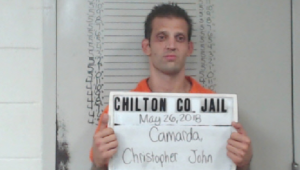 “Last night at approximately 9:22 p.m., Helena Police were contacted by a young man who was delivering pizza on Jenkins Circle,” police said in a statement. “The young man left his car running as he did his job. A black car stopped next to his car and a white male got out of that car and stole the young man’s delivery car.”

Police began searching for the stolen vehicle and soon spotted the stolen car.

“Helena Police Officer Jackson spotted the pizza delivery car a short time after the advisory and attempted to stop it,” according to the statement. “The driver stopped at Hwy 52 and Elvira Road and fled into the woods. Officer Jackson deployed his K9 partner Sanzo. Sanzo led Officer Jackson to the suspect.”

Hall was taken into custody without any incident. The victim’s vehicle was released to him.

“While Officer Jackson was recovering the thief and stolen vehicle Sgt. O’Farrill located the black vehicle with Hall’s accomplice,” according to police.

The vehicle fled into Pelham and was pursued by Pelham Officers and O’Farrill until the chase became too dangerous in Calera. An advisory to be on the lookout was broadcast by Helena Dispatch Center and a short time later HPD was notified that the vehicle had crashed in Jemison.

Carmada had been arrested on unrelated charges by the Jemison Police Department.

This morning warrants for Theft of Property 1st and Fleeing and Attempting to Elude were obtained on both men, according to Helena police. Carmada faces an additional 20 charges in Chilton County.