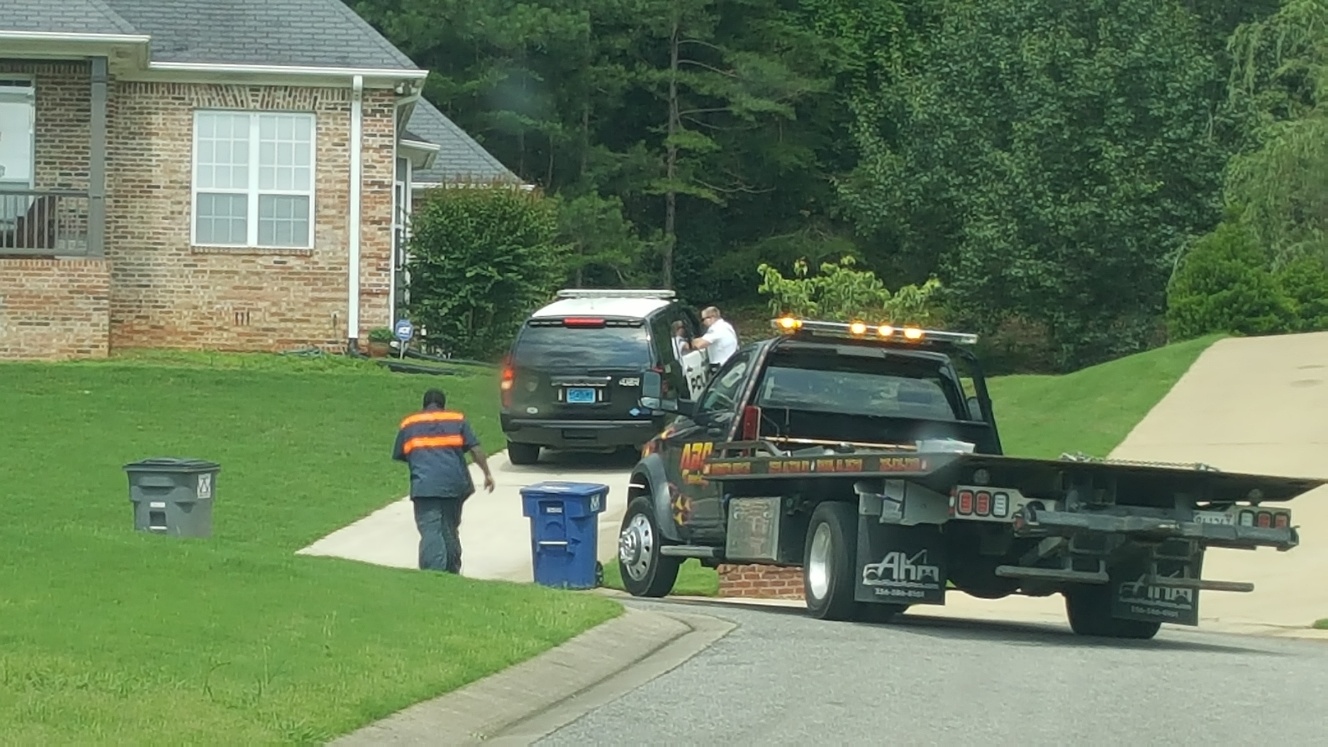 TRUSSVILLE –A driver who refused to pull over led Trussville police on a long and winding chase before driving his pickup truck into a backyard at the end of a cul-de-sac on Brentwood Avenue, Lieutenant Phil Dillon said.

“At approximately 9:21 a.m. on Thursday, a call from a citizen came in on a possible drunk driver,” Dillin said. “One of our officers found the vehicle, a Chevy truck, traveling north on U. S. Highway 11.  The officer activated his blue lights and siren and the suspect refused to stop.” 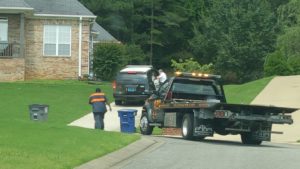 Dillon said the suspect then drove down several streets trying to elude several police cars.  During the pursuit, the Jefferson County Sheriff’s Department notified Trussville that the suspect could be an escaped convict out of Clay County and could be armed.

The vehicle finally came to a stop after the suspect drove it up into a backyard and hit a tree on Brentwood Avenue.  The suspect then jumped out of the vehicle and ran from the police.  After a short chase on foot, the officers apprehended him.

“He turned out not to be the escaped convict,” Dillon said. “The suspect is Brian Clark Smith, 41, of Adamsville. He is a white male and he is charged with DUI, resisting arrest, attempting to elude, reckless endangerment and assault third degree.  His bond is set at $5,000 for the DUI.”