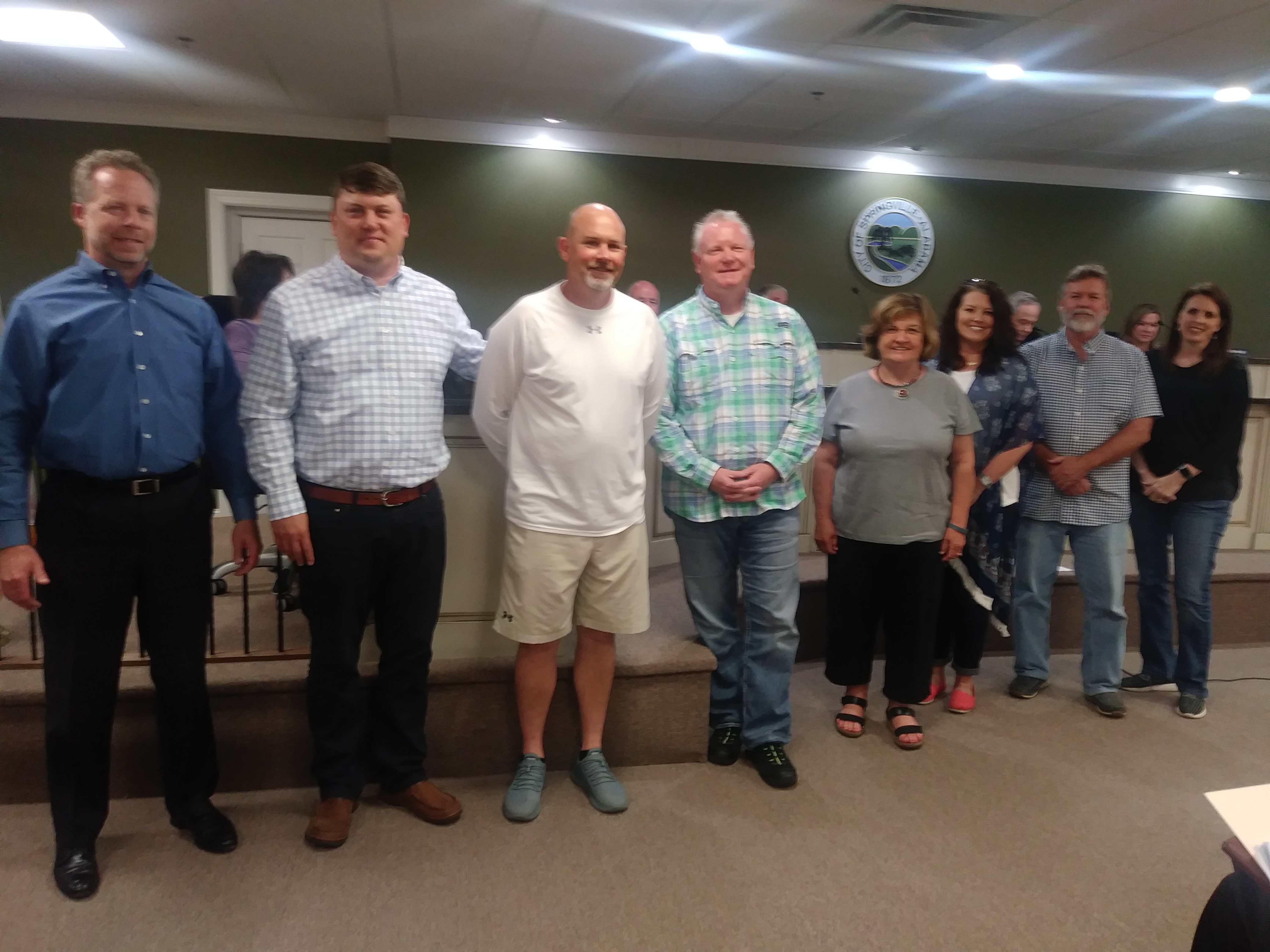 The newly appointed members of the recreation board in Springville. Photo by Nathan Prewett.

SPRINGVILLE –In the inaugural meeting of the Springville Parks and Recreation Board, members appointed by the city council began their duties by electing board officers.

By unanimous vote, board members selected Mike Ennis as chairman, Chip Martin as vice chairman, and Beth WIngate as secretary. 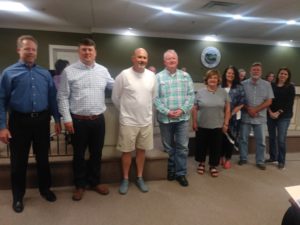 The newly appointed members of the recreation board in Springville. Photo by Nathan Prewett.

Council member David Vinson will be the council liaison to the board. Vinson brings a unique perspective to to the board from his full-time job as director of the Trussville Parks and Recreation Department.

The first meeting was spent discussing the role of board members, establishing meeting times, future plans, procedures, and responsibilities.

“The tone was enthusiastic and optimistic,” Wingate said in a statement regarding the meeting.

Specifically, the board will oversee parks and recreation in the city, including the Senior Center, sports complexes, youth sports, Forever Wild lands and city parks.