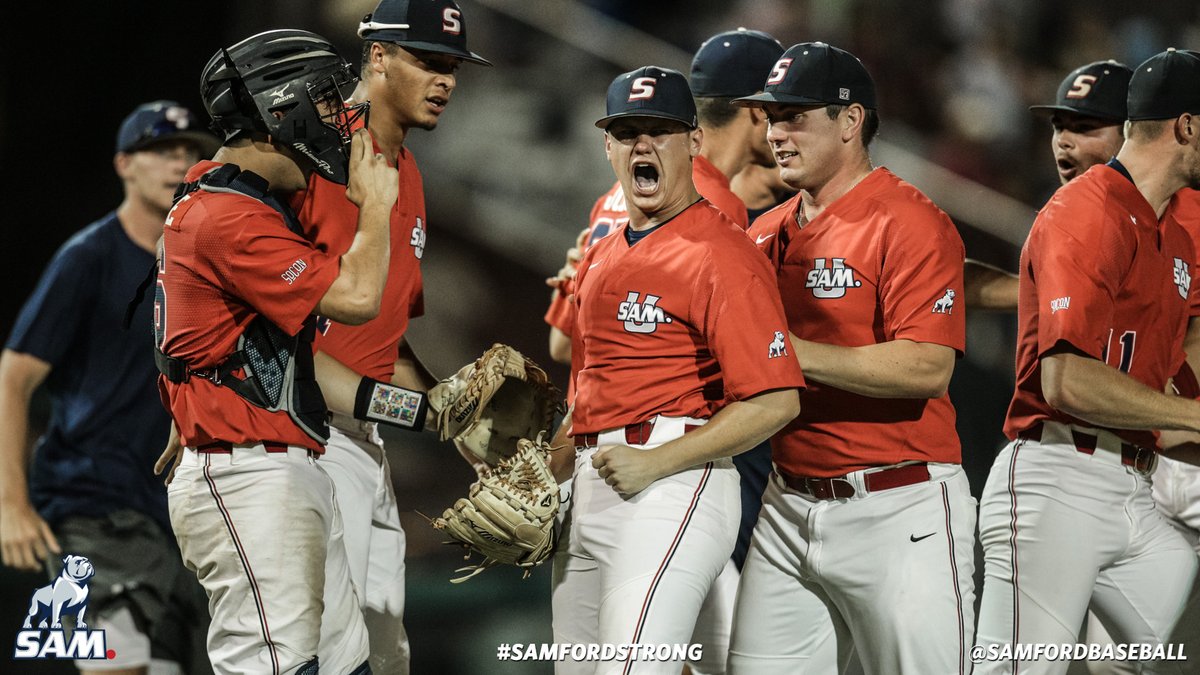 TALLAHASSEE, FLA. –In college baseball’s version of the Big Dance, it was as big of an upset as one can expect to see. Samford University knocked off the nation’s No. 7 host Florida State University 7-6 in the first round. And it was a former Pinson Valley Indian that slammed the door on the Seminoles.

Samford had a 6-1 lead when FSU roared back scoring four runs in the fifth inning to close the game to 6-5.

Nursing a one run lead, Pinson’s Wyatt Burns took the mound for the Bulldogs in the sixth inning where he would face Seminole shortstop Mike Salvatore with the bases loaded and only one out. Burns battled the FSU batters and refused to allow the tying run across the plate.

Burns finished the last 3 and 2/3 innings for the Bulldogs allowing just one run and leading his team to victory.

“I thought they did a good job,” FSU head coach Mike Martin said. “They battled, they did what they needed to do to win. I thought their last reliever Wyatt Burns was very impressive. I can see why his numbers were as they were because he’s tough.”

While Florida State drops to the losers bracket, Samford prepares to face the Oklahoma Sooners on Saturday.