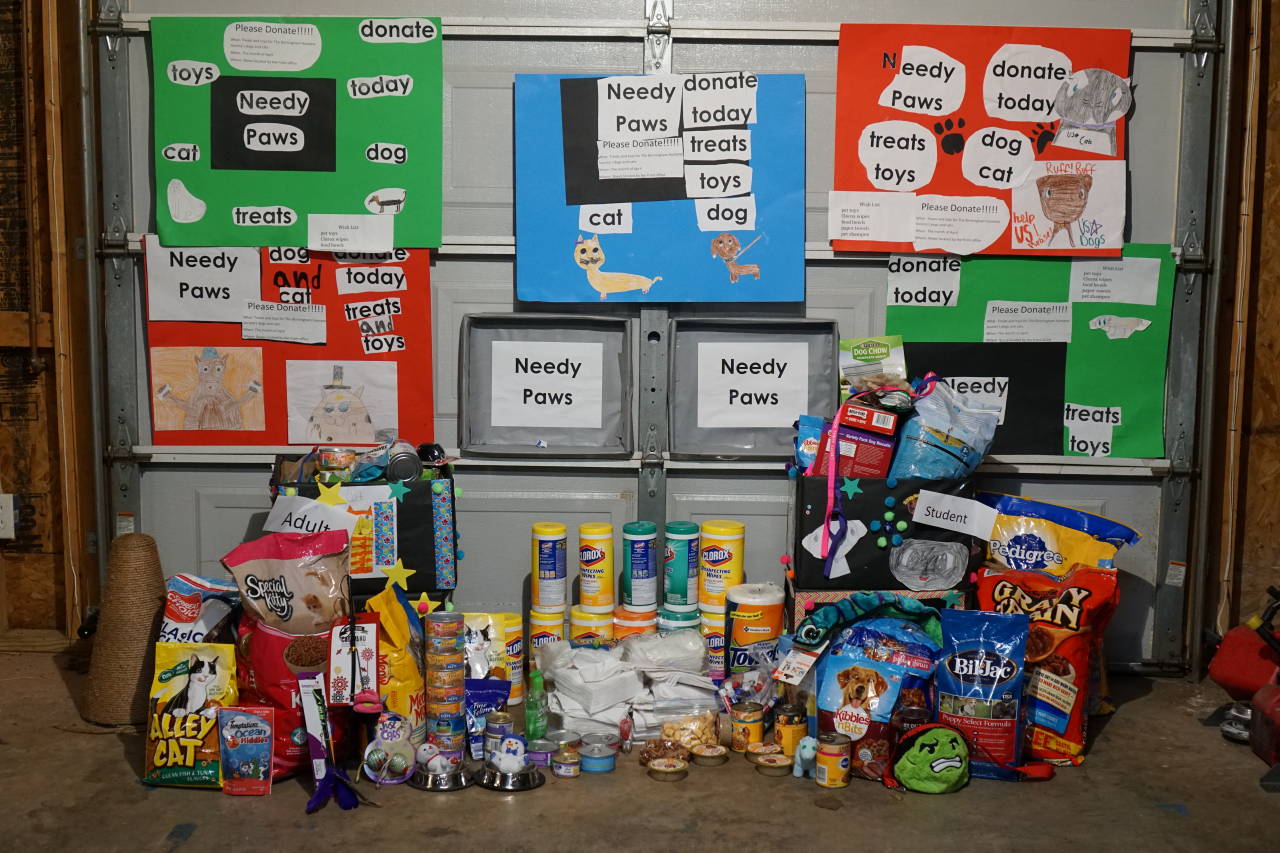 CLAY — Jerica Tyree has always loved animals. Last year, when she was in third grade, her eyes were opened to the plight of abused and abandoned animals in the world and she decided that she wanted to make a difference in the lives of needy animals in her own community. 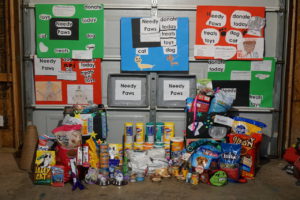 “I really had a passion for animals and I saw all these things on YouTube about people abusing animals and stuff like that,” the Clay Elementary fourth grader said. “I hated it and I was like, I have to make something (to help).”

After talking with her parents and grandmother, Tyree went to her third grade teacher, Ann Sutton, and Assistant Principal Jacqnaii Finkley with a proposal to start a group to take up donations for the Birmingham Humane Society.

In light of April being Animal Cruelty Prevention Month, Needy Paws took up its first donations for the humane society at Clay Elementary School in April 2017. On April 16, 2018, Tyree and her team began their second annual Needy Paws donation collection period.

“At first we were going to raise money, but we didn’t know we had to get it approved by the principal,” Tyree said. “So, we went and got it approved by the (assistant) principal, but he said that we would have to collect donations and not money, so we collected donations and I’ve been doing it for two and a half years now. I’ve really loved it and I have three crewmembers with me, helping me.”

Tyree’s team consists of herself and her three friends, Lanie Kile, Reagan Tucker and Juilan Boyd. She took to the internet to find a potential name that was not already in use and decided to name her group Needy Paws.

“This year, we made a whole bunch of flyers and they were really cute,” Tyree said. “Then we let some of the students in my class make flyers and we did posters around the school and all kinds of stuff. We made boxes and we let our class decorate them. We let them dry and gave them to the principal.”

There were three boxes for collections: one for dogs, one for cats and one for “other animals.”

Every school day from April 16 through May 11, Tyree and her teammates would promote Needy Paws during the school’s morning announcements, reminding the students of the dates to bring donations and what items were needed for the animals at the shelter.

“It has been really fun, especially in fourth grade because a lot of fourth graders don’t get to do announcements,” she said.

According to Tyree’s fourth grade teacher, Gabrielle Nation, students from every grade at Clay Elementary pitched in bringing canned dog and cat food, blankets, wash cloths and animal toys. The students would also have contests, from boys vs. girls to Alabama vs. Auburn, to see who could donate the most items, she said.

“We have a lot of stuff that they donated,” Tyree said. “We have a whole cart full of it. I thought that I had less (than last year), but when I saw it all together, I realized that it was a whole bunch of small things put together. Last year it was a whole bunch of big things put together and it just looked bigger the first year that I tried. But we got more this time because we had a lot of little things.”

On May 14, employees from the humane society visited the school to speak to the fourth graders about animal safety and animal care. They held their presentation in the school’s amphitheater and brought two dogs from the shelter for the children to interact with.

“It was really fun,” Tyree said. “The students at Clay Elementary, some of them are scared of cats and dogs, but I’ve kind of helped them.”

Tyree said that she plans to continue doing Needy Paws every year through the rest of elementary school, middle school, high school and possibly even college. At this time, it is not registered as an official nonprofit, but according to both her and her parents, the possibility is not out of the question.

“We have talked about that and I think eventually, yes, we would like for it to actually become a nonprofit organization,” Tyree’s mother, Starla, said. “Jerica has a younger sister who is moving up into Kindergarten in the fall, so as long as the girls stay interested in it, which I believe that they will because they both love animals, we’d love for it to grow with them and we’d love for it to be something that they can really take with them for the rest of their lives and share with other people.”

Tyree and her parents will drop off this year’s donations at the Birmingham Humane Society on June 10.