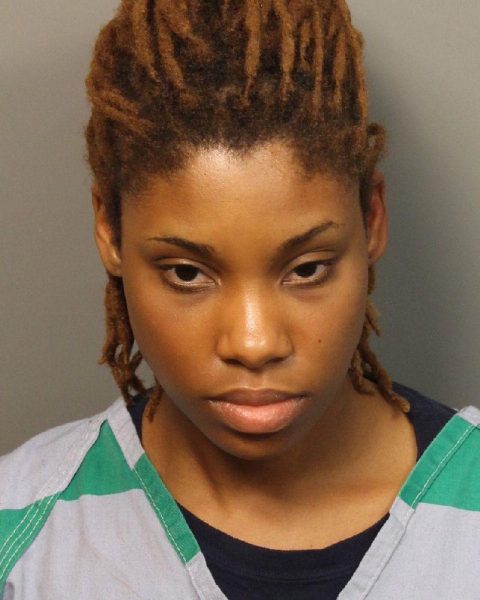 Photo from the Jefferson County Jail.

Update: the suspect’s name and charges were later released.

FORESTDALE — A 24-year-old Birmingham woman was arrested in connection to an attempted bank robbery in Forestdale this morning, according to the Jefferson County Sheriff’s Office.

An incident occurred before 10 a.m. this morning at a Regions Bank Branch in the 1300 block of Tomahawk Road in Forestdale in which deputies responded to a report of a robbery in progress.

According to the sheriff’s office, the suspect, identified as Rachel Camille Calhoun, walked into the bank and handed over a note to the manager demanding money. Deputies later learned that the note told the manager that she would reward him with a sexual favor if he handed over $6,000 from the vault but would make a sexual assault claim if he did not.

Deputies arrived at the scene to find the suspect was still inside the building. She was arrested and taken into custody. The Jefferson County Sheriff’s Office did not release her name.