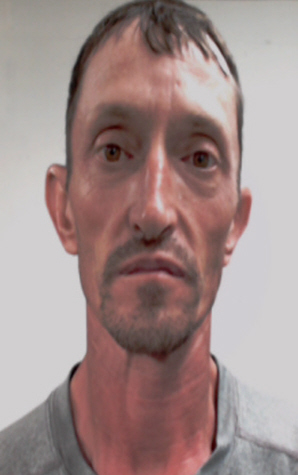 UPDATE: The St. Clair County Sheriff’s Office has Kevin Wayne McCrory in custody and his charges will be upgraded to two counts of capital murder in the deaths of Logan Lambert and Hope Trapp. He is in the St. Clair County Jail in Pell City and has no bond at this time. He will see the judge later today.

According to the St. Clair County Sheriff’s Office, the victims of a shooting at a walking track in Cook Springs have been identified. A suspect has also been taken into custody and has been charged with murder.

On Saturday, June 9, the sheriff’s office reported that two people – a man and a woman – were found shot to death at the walking track in Cook Springs, located at the 8600 block of U.S. Highway 78.

Today the sheriff’s office released the names of the victims: Logan D. Lambert, 20, of Pell City and Hope M. Trapp, 20, also of Pell City. Kevin Wayne McCrory, 41, of Pell City was charged in their murders.

“After extensive investigation, it was discovered the victims were shot during an altercation at the walking track,” the sheriff’s office said in a statement.

McCrory was charged with two counts of murder and is being held at the St. Clair County Jail without bond. The sheriff’s office said that the investigation is still ongoing and that further details on the case may be available in the future.