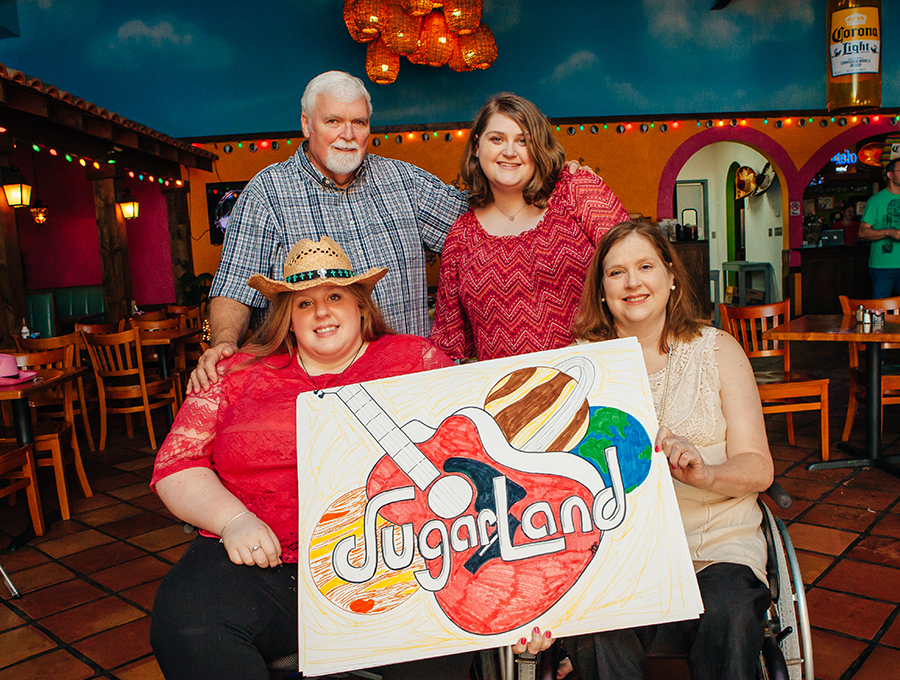 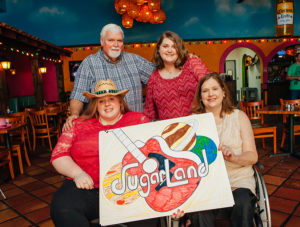 After a letter notified Stephanie Kiley of Trussville that the school’s vision screening uncovered abnormalities for two of her three children, they visited Callahan Eye Foundation at UAB. There, they learned that the cherry red spots on the children’s retinas indicated a genetic abnormality. It was through UAB Genetics that the diagnosis of Type I Sialidosis was given to Kevin at age 8 and Charlie at age 7.

Sialidosis is a rare genetic lysosomal disorder that causes involuntary muscle contractions (myoclonus) and seizures. The disorder does not impact life expectancy or intelligence, but can affect vision and lead to blindness.

Although anyone can refer an individual for a Magic Moment, it was a medical professional from Children’s of Alabama who submitted Charlie’s name.

“There are other wish-granting organizations out there, but our focus is strictly on individuals living in the state of Alabama,” noted Magic Moments Executive Directory Sandy Naramore.  “What sets us apart from other organizations is that we have what we call ‘Beyond the Moment’ events to keep us connected to the family long-term. For example, if the child is 5 when their wish is granted, we maintain a relationship with them until they turn 19.”

Beyond the Moment events include movie nights, baseball games, and family camp at Children’s Harbor every Memorial Day weekend.

Averaging $4,500 per wish, grants and monetary donations fund the wishes. However, volunteer groups that are typically from corporations or churches organize the reveal event where the specifics of the wish are unveiled.

In Charlie’s case, the group contacted local business owners seeking contributions for the reveal event. Based upon the contributions, an itinerary for the day of reveal was developed that involved a new surprise for Charlie at each stop. 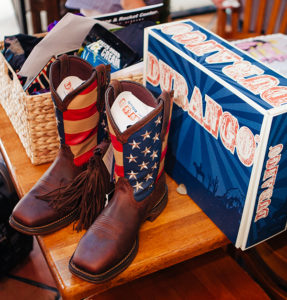 Rose’s Boots in Clay was Charlie’s first stop, where she was gifted a cowboy hat and American flag themed boots.

Owner Phil Rose stated his visit with Charlie, “was very gratifying. She was quite happy. We enjoy being able to benefit people in need because we’re just trying to put a bit of happiness into the world.”

Co-owner Jennifer Rose explained that giving back is important to them, “Because it’s the community that keeps us in business.”

Next, the group traveled to PK Nails & Spa in Clay for some pampering.

“The ladies there were so kind to me. When I talked to them or shared something, I felt like they really listened to me. They made me feel so special,” commented Charlie.

Nails Plus in Trussville also donated a $40 gift card.

Transportation for the day was donated by Mobile Works of Bessemer in the form of a driver and wheelchair-accessible van.

Tre’Sean Montgomery was the family’s driver for the day.

“This was a very humbling experience for me. I’m in college right now for nursing and this was very eye opening to specific challenges for people with special needs.”

Decorated with balloons from Party City in Birmingham, the wish reveal was hosted at Habañeros in Trussville. It was there that Charlie learned that her wish to attend a Sugarland concert had been granted, including meet & greet passes.

Naming “Very Last Country Song” as her favorite Sugarland song, Charlie explained, “There’s a lot in it that connects to our family.”

Though symptoms of Sialidosis typically appear during teen years, Charlie’s began around age 12. Now seventeen years old, she has relied upon a wheelchair for the past three years.

Sialidosis claimed the life of Kevin at age 14 after complications from a seizure.

Shirley Carmack of Shirley’s Florist in Trussville learned that carnations are Charlie’s favorite flower and donated two arrangements to the reveal event.

“We’re always happy to support residents from Trussville and surrounding areas in worthy causes such as this,” offered Carmack. “I’m keeping Charlie and her family in my prayers.”

“We visited the cemetery after lunch and left one of the arrangements on Kevin’s headstone,” said Kiley. “It was very special to Charlie because it made us feel like we were including him.”

“Because I’m a proud Mom, I want people to know that Charlie perseveres. She and Kevin were very close and she says that she’s going to show her brother that this isn’t going to get her down.”

Due to complications from diabetic nephropathy, Kiley also uses a wheelchair. Nineteen-year-old Jessi now serves as primary caregiver for both sister and her mother. Though Jessi and Kevin are twins, Jessi does not carry the gene.

Jessi graduated from high school last year and intends to become a veterinary technician. When asked what she will do in the meantime, she proudly responds with, “I take care of my mom and sister.”

“Jessi is beyond fantastic. I can honestly say that the day Kevin passed away, Jessi and Charlie’s bond became that much stronger,” Kiley beamed. “They don’t leave a room without telling each other, ‘I love you.’ You’re going to have a hard time finding a 19-year-old that steps up like that. She has such a sweet spirit.”

When asked what her favorite part of the day was, Charlie graciously said, “Everyone has been so nice. Michelle at Rose’s Boots held my hands and asked me to come back. The people at PK Nails & Spa made me feel so special. They really listened to me when I talked with them. Tre’ was our driver from Mobility Works. He played music while we drove around today and it was so much fun.”

Along with their grandfather, Tim Cantrell, Charlie, Jessi and their mother will attend a Sugarland concert scheduled in Huntsville in July. The U.S. Space & Rocket Center donated passes for the family to enjoy before heading to the concert.

To learn more about nominating an individual for a wish, organizing reveal events, or donating to Magic Moments, visit www.magicmoments.org or call (205) 638-9372.