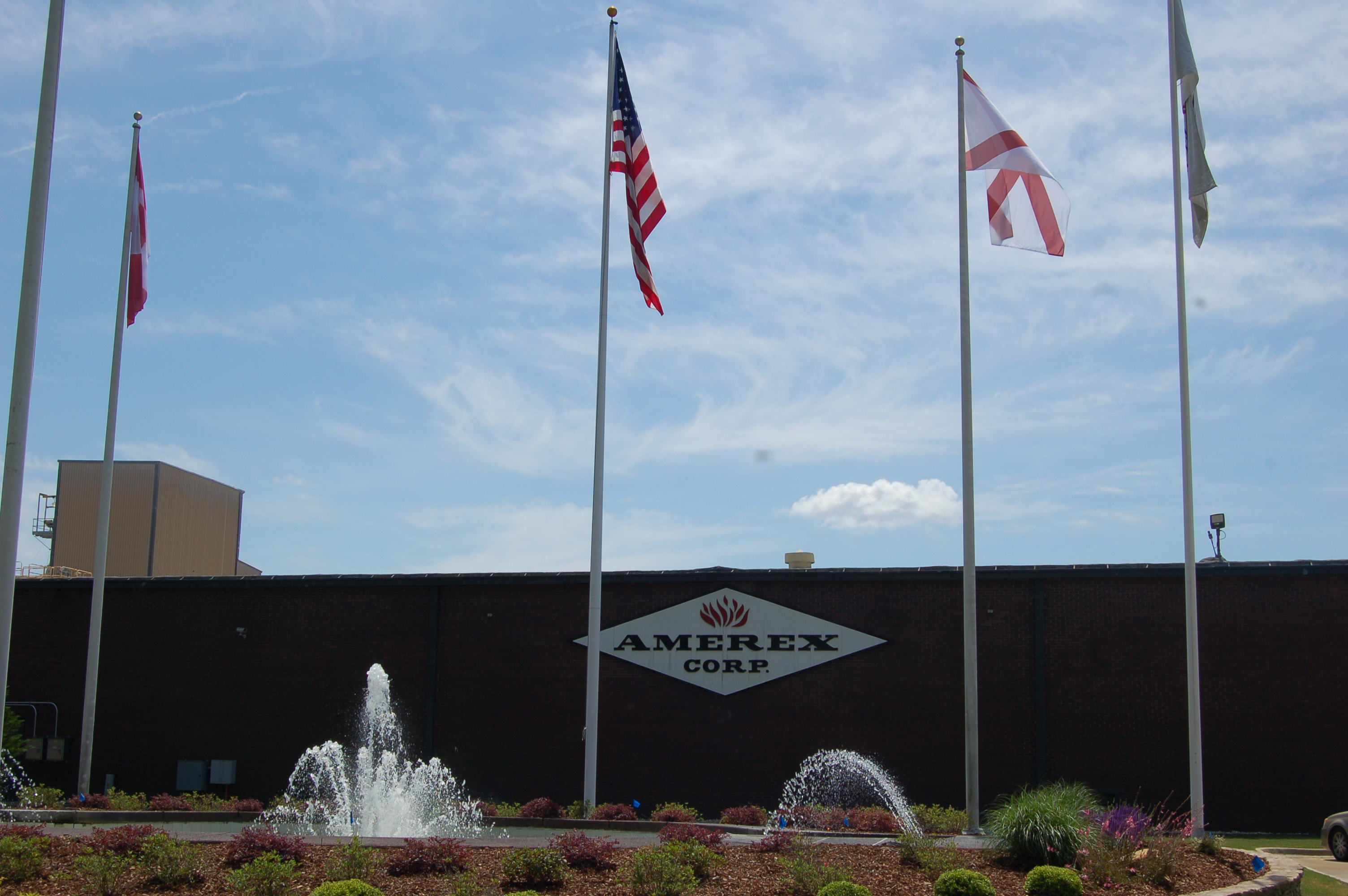 TRUSSVILLE — At 47, Amerex Corporation is rocking middle age. Founded in 1971, Amerex is Trussville’s largest employer by a hair (Trussville City Schools runs a close second) and continues to maintain a worldwide reputation as a leader in the manufacture of portable hand-held extinguishers and other fire suppression products.

And in terms of production, Amerex is enjoying a banner year.

So far in 2018, the company is averaging well over 18,000 units in a production day – a remarkable achievement, considering the complexity and the broad range of products sold. While maintaining this pace can be attributed to a highly skilled worked force, ongoing innovation in manufacturing, including robotics, also comes into play.

But why all the emphasis on production?

“We’ve recently had an unprecedented demand for extinguishers on the market – the result, we believe, of a robust economy,” Harrison Bishop, company president, recently told The Trussville Tribune. “Construction is up, so we’re selling more. We’re known as the highest quality brand, and that matters to people.”

It also matters to the people who work at Amerex that their employer is an award winner in terms of safety compliance. Amerex won the Labor Workplace Safety Award of Excellence from the Alabama Department of Labor and Gov. Kay Ivey based on having no lost time accidents in 2017. It was also recently named a VPP (Voluntary Protection Program) Star site for meeting and exceeding work safety guidelines and protocol established by the Occupational Safety and Health Administration, commonly known as OSHA.

“This is a big honor for a manufacturer,” said Jonathan Carter, the company’s marketing manager. “And to achieve this during a time when Amerex is setting production records, one after another, is an accomplishment indeed. We’re very proud of that and it shows we don’t sacrifice safety measures during a time of growth; we improve them.”

But despite its advancing years, Amerex is by no means losing its youthful glow. In fact, the company is shining brighter as it increases its efforts to bring along the next generation of industry leaders. For instance, this summer the company is hosting five interns – two from Hewitt-Trussville High School, two from Auburn University, and one from the University of Alabama at Birmingham – who will work with the company while learning about manufacturing and other aspects of the business world.

“Getting students involved here is all part of what Amerex – or any company, for that matter – needs to do to bring fresh approaches and new ways of thinking to the table,” Carter said. “It’s something we’re hoping to do more of as time goes on.”

Amerex is a longtime supporter of education, a mindset established and encouraged by founder Ned Paine. The land on which Paine Elementary now stands was donated by Paine and his wife Goldie, and the school was appropriately named in their honor. He subsequently served as a charter member of Trussville City Schools Board of Education.

“Trussville’s schools are doing an excellent job of concentrating on the future,” said Carter. “Of great interest to Amerex, the efforts of the high school’s engineering academy are translating into careers, and we’re becoming one of the beneficiaries of that. In fact, the community as a whole is doing a great job of bringing the next generation along.”