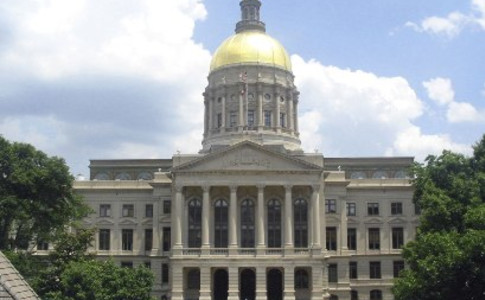 Veteran sets himself on fire at Georgia Capitol protesting VA

ATLANTA, GA — A veteran set himself on fire outside of the Georgia State Capitol in an apparent protest of the U.S. Veterans Administration, according to the Atlanta Journal-Constitution.

On Tuesday morning, a 58-year-old man pulled up to a street on the west side of the Capitol. He left the vehicle and crossed the street to the building where authorities at the scene said that he poured a flammable liquid on himself and then set himself on fire using incendiary devices and firecrackers.

The firecrackers ignited, causing explosions to be heard. A nearby Capitol officer was able to put the fire out using an extinguisher. Afterwards, the man was taken to an area hospital where he was treated for burns on 85 to 90 percent of his body.

Other law enforcement agencies, including the Georgia Bureau of Investigation of were called searched the area for potential bomb threats.

No other injuries were reported during the incident.