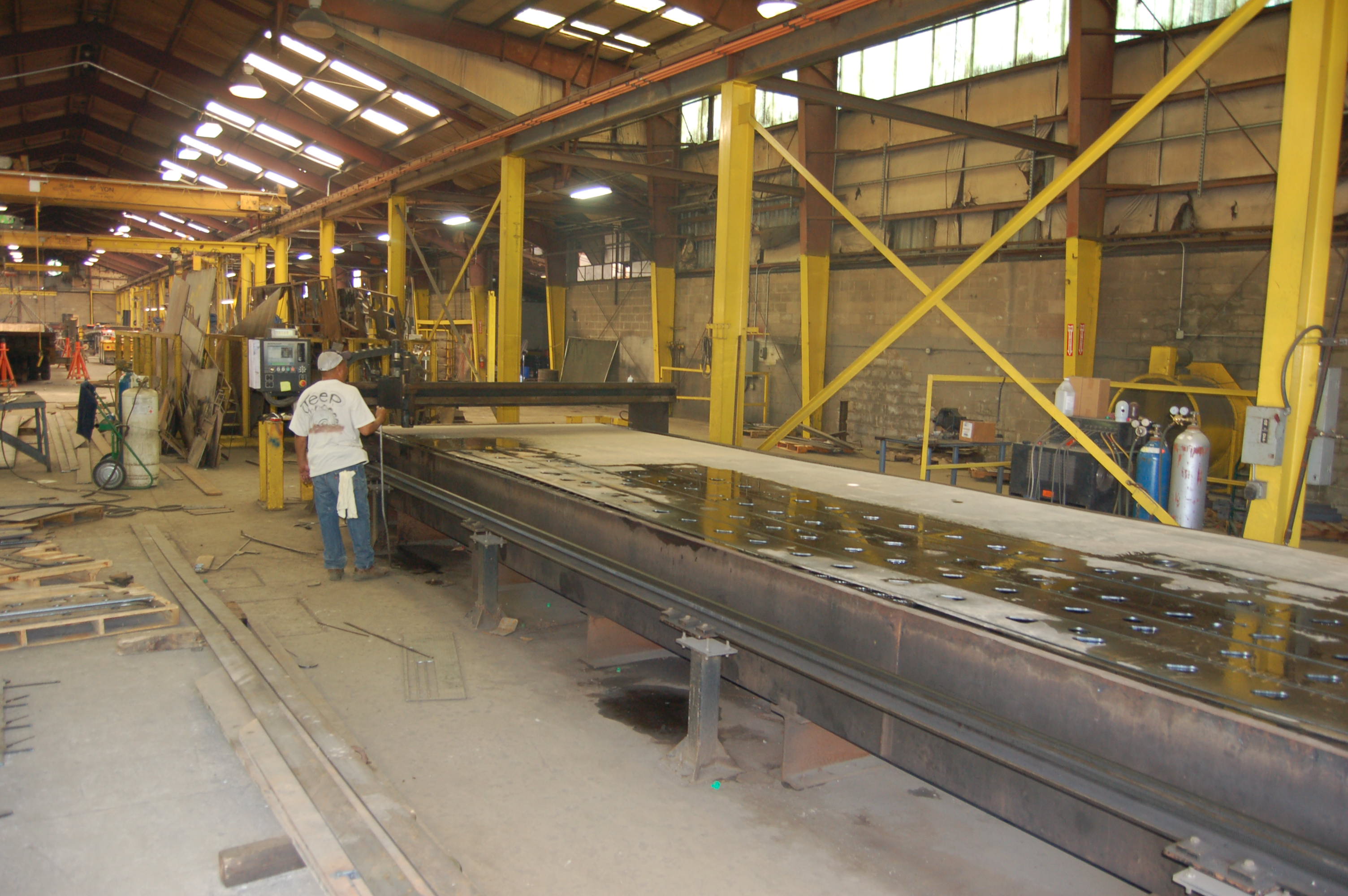 Buckner Trailers: “Our Word Is Our Bond”

SPRINGVILLE – The Buckner family has long been a staple of the business community in Springville. Buckner Trailers is continuing that legacy. And, although its owner described it as a relatively small company, its reach goes beyond Springville, with customers spanning the United States and Canada.  Buckner Trailers prides itself on building a reputation of quality work and high customer satisfaction.

“We manufacture, repair, and refurb heavy haul trailers,” said owner Byron Buckner. “That’s mainly what we do. We can also do any kind of welding. We do vinyl work, sand blasting, and painting. We work on small engines, light duty trucks, heavy duty trucks. We do tire work. We are a pretty versatile place, but our main thing is repairing and refurbing heavy haul trailers.”

The Buckner family has been in Springville for generations. Frank Buckner, the patriarch of the family, along with his wife, Lillian Buckner, was the founder of Buckner Barrels, which was a long-time fixture in Springville.  It grew into a thriving business which was run based on the Frank and Lillian’s values of hard work, dealing fairly and honestly with customers, and being generous in giving back to the local community. Buckner Trailers is no different and continues to operate based on these principles, as have all the Buckner companies.

Buckner Trailers is located in the building formerly occupied by Liddell Trailers, who were also in the heavy haul trailer business. The Buckner family owns the building and was landlord to Liddell Trailers.  Upon the passing of owner and family friend, Mitch Liddell, well known and respected in the trailer industry, the Buckner siblings – Ricky, Byron, Trish and Heath – moved to buy the remaining company assets and start its own heavy haul trailer business.

“When I got here there were six employees,” said Buckner Trailers President, Andrew Weathington, on how the company has grown since he came onboard. “Now, we’re at nineteen employees in just a few short years.”

Buckner Trailers is among few in the industry who can perform repairs, do complete or partial refurbs, and manufacture new trailers and components. These various jobs are handled by employees with years of experience, some of whom worked for Liddell Trailers, and have brought that knowledge and expertise with them to make Buckner Trailers a leader in custom trailer work.

“We pride ourselves in the fact that we can do all three,” Buckner said. “Very few shops can manufacture, repair and refurbish. We’ve got some guys that have been doing it for 30 years and have a lot of experience in the trailer business.”

“I have 35 years in the van trailer business. That’s what we did while I was at Buckner Barrels and when we sold that I came over here. We’ve got a lot of expertise to draw from, which I think gives us an advantage in doing repair work.”

Buckner added that the company’s sales have tripled over the last few years. But the business that Buckner Trailers does is most definitely not restricted to Alabama, he said. In fact, roughly half of the sales made are to out of state customers. He noted that the customer base stretches from the Northeast in states such as Pennsylvania, Rhode Island, and Massachusetts, to Texas, and even to California.  Weathington added that there were customers recently from as far away as Canada.

“A lot of this type of business comes from way off,” he said. “The good thing about what we do is even though we’re a small company, the money that’s being generated here is coming from somewhere else and funneled into our economy here. So that’s a shot in the arm, I think, for Springville’s economy.”

“It’s because of our ability to do things to a trailer that not just any shop can do. I’m not suggesting that we’re the only shop in America that can,” Buckner said. “But there’s not many shops that can repair and modify a trailer like we can.”

Along those lines, Buckner Trailers likes to consider itself a complimentary service provider to all the major trailer manufacturers who are not able to customize each trailer they produce.  If there is a change that a customer needs, Buckner can work on all brands to make those modifications.

He continued, “So, you get yourself a new car, but you wanted green seats in it. They aren’t able to give you green seats. At Buckner Trailers, the customer specs out what they want or need in their trailer.  Whether it is a completely new trailer or just a change to an existing one, we figure out a way to do it.”

Buckner elaborated, saying that they strive to oblige their customers, if at all possible, with custom components, sizing, and even custom paint jobs.  If Buckner’s engineer can verify that the custom changes and specs that have been requested are safe, our shop can build it.

“We cater to each individual customer,” he said. “You drive up here and tell us what you need.  We design it, we have an engineer that approves it, and then we build it or just make some modifications and you get what you want.”

As far as new trailers, they are built from the ground up, starting out as a sheet of plate steel and rolling out the door ready to go to work. “We give you what you want if it can be manufactured. If an engineer can give it a stamp of approval, we can build it.”

Most of the work that goes into building or repairing the trailers is done by hand, said Weathington. “There’s a lot of manual blacksmithing, fabricating work. And it’s not robot-welded or anything like that. It’s purely homegrown American craftmanship.”

In all their business dealings, whether with other trailer shops, individual customers, and even their own employees, a high standard of conduct is a vital part of what makes Buckner Trailers what it is. It is a virtue that the company is deeply vested in.

Buckner Trailers is located at 100 Industrial Drive in Springville and can be reached at 205-467-3903. For more information, visit the website at bucknertrailer.com or follow them on facebook @BucknerTrailer.