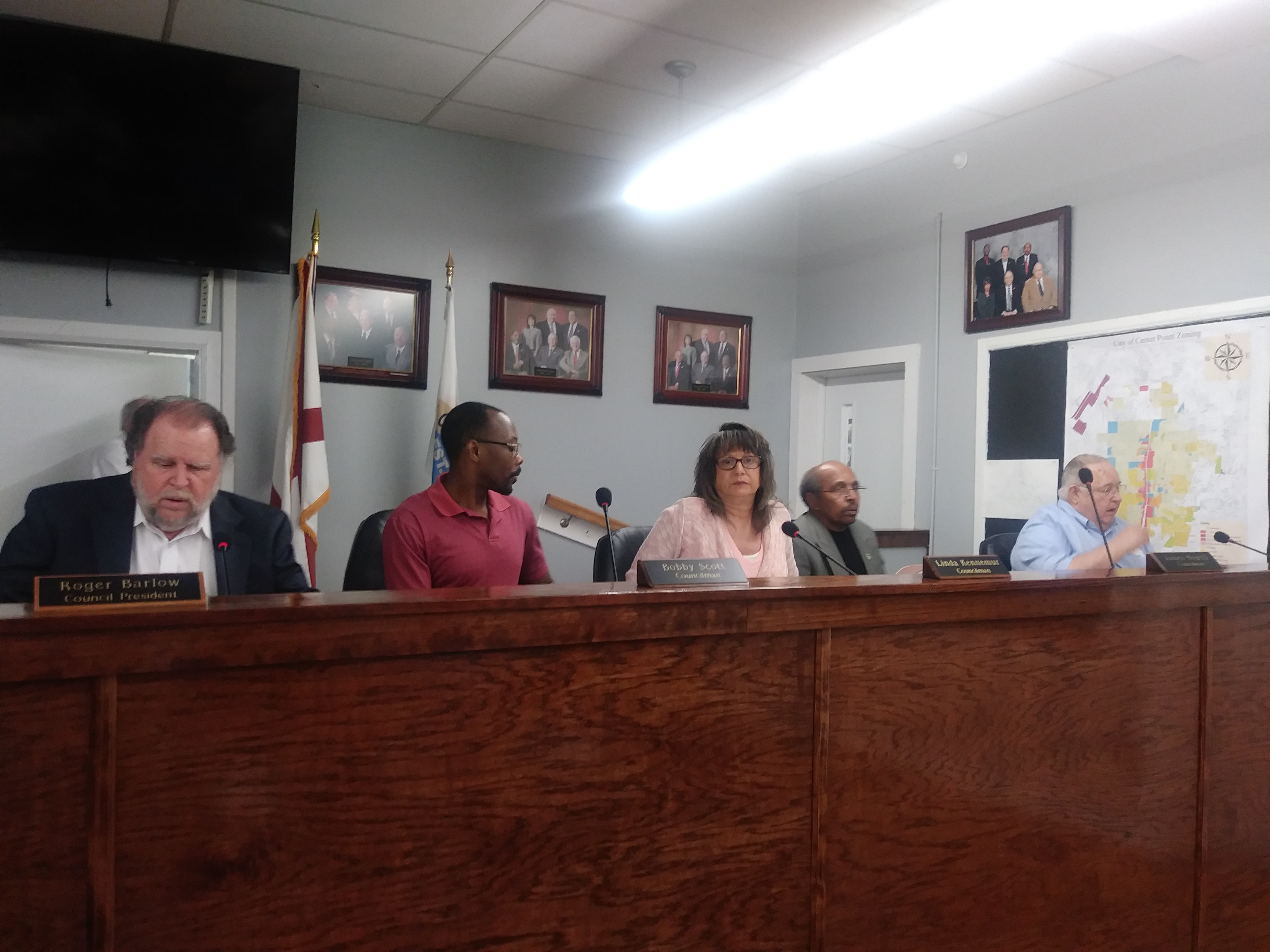 The idea of an economic developer goes back to previous meetings with the aim of growing business in the city. Council President Roger Barlow said that he has discussed the matter with legal counsel on contracting the Center Point Area Chamber of Commerce to conduct economic development.

Barlow said that Mayor Thomas Henderson spoke with the county about a business incubator project that an economic development director could spearhead along with other projects including giving the parkway and businesses a “facelift” as well as working with Retail Coach to attract businesses to the city.

Barlow expressed an interest in looking at Auburn University’s economic development programs and obtaining a list of potential candidates.

Afterwards, Barlow said that the city’s extension of its contract with Advanced Disposal is set to expire on June 30 and the Council wanted to extend the contract to Sept. 30. It passed as Resolution 2018-52.

In his comments, Henderson announced that the Ms. Center Point Outstanding Teen Pageant will be held on July 7 at Center Point High School at 6 p.m.

Henderson also said that he met with the Regional Planning Commission on revisions to the zoning and sign ordinances. Among revisions will be charts in the ordinances explaining steps for inspections, making it easier for inspectors to follow them, he said. There will be another meeting to conclude progress on the revisions.

Henderson reported that Retail Coach has found several businesses that may come to Center Point. He said that he could not name them but Barlow described them as “very interesting prospects.”

In his financial report for May, Barlow said that the sales tax were “still a strong item” with $247,000 collected in that month.

Councilor Bobby Scott reminded that the citywide clean up will take place on July 11 with student volunteers from Center Point High and Arab High School.

Councilor Terry Leesburg reported that the local baseball teams are playing for the state championship with six and under playing on June 29 in Madison. Nine and under play in Gardendale and 10 and under are playing in Scottsboro on July 6. Registration for football and cheerleading are ongoing.

Councilor Linda Kennemur announced that the August Community Watch meeting was originally slated to take place along with National Night Out but there has been a change in schedule. National Night Out will now be Oct. 2 while the regular August meeting takes place. The July 3 meeting will have guest speakers from the fire district giving tips on safety.

The next Center Point City Council meeting will be held on July 12 with pre-council at 6:45 p.m. followed by the regular meeting at 7 p.m.