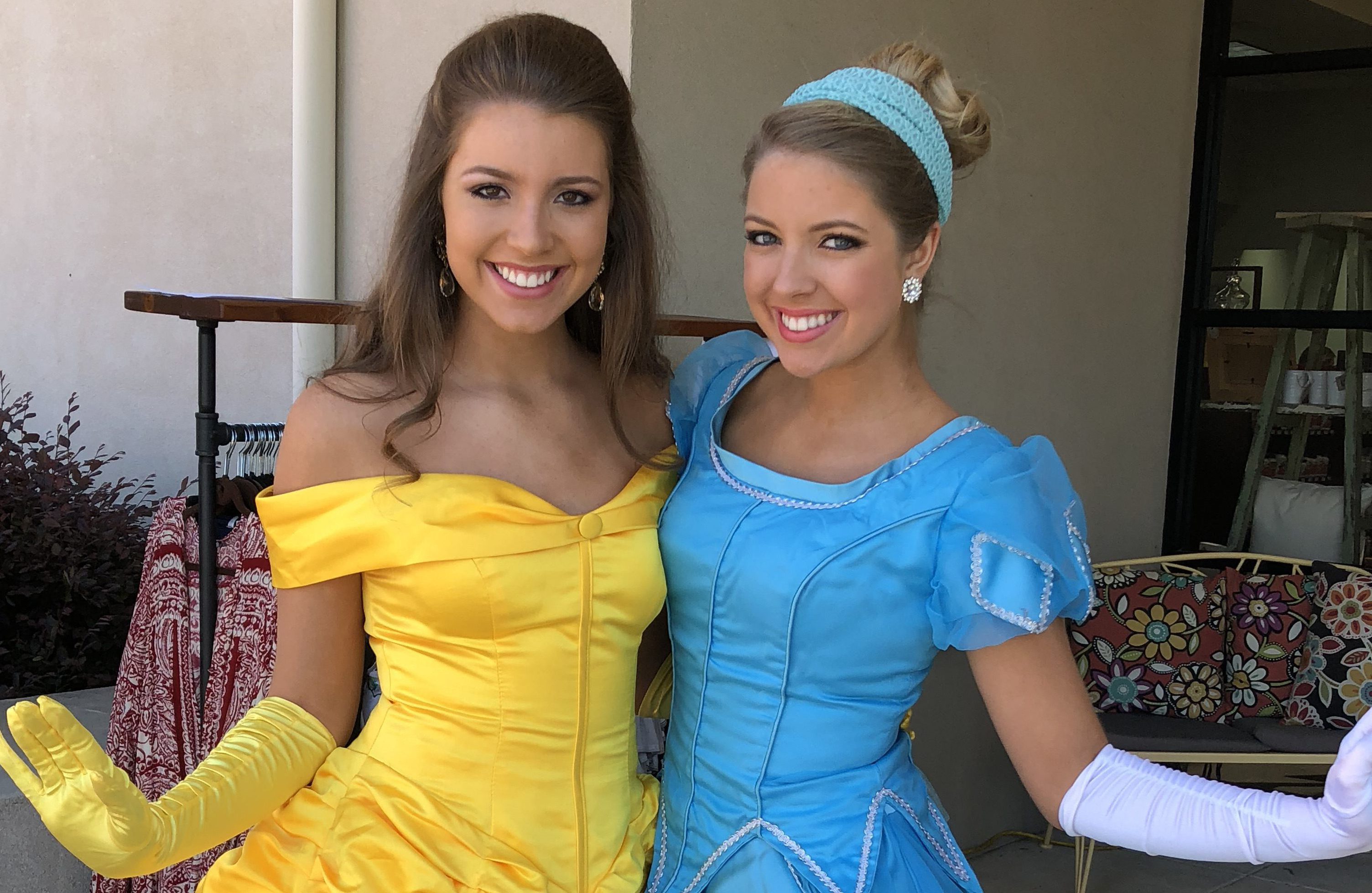 TRUSSVILLE — You may have seen them around town in the guises of iconic Disney characters Ariel, Belle, Anna, Elsa and Cindrella during Second Saturday and elsewhere in Trussville. These are sisters MaKenzie, 16, and Madison Ward, 18, who run “Royal Celebrations,” a business in Trussville that has the two dress up and perform at children’s parties. 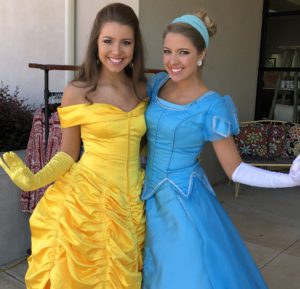 Their motto: “Turn your event into a fairy tale!”.

“It’s really funny because when I was little we had princess parties for us and I always looked up to the girls because I thought they were really princesses and I loved it,” Madison, a recent Hewitt-Trussville High School graduate said. “So it’s really cool that we get to do that for other kids.”

She explained that she and MaKenzie, when they were first asked to perform for a princess party they became hooked. Other moms asked them if they did it as part of a job, giving them the idea to venture in playing Disney princesses at parties as a business.

Their performances are not limited to song, however. Acting comes into the picture that they paint for children. MaKenzie shared that storytelling is often requested as it fits into the character of Belle and sometimes as Anna.

“It really just depends on the character,” Madison said. “What does the character like to do? We incorporate different things to do at a party.”

Madison said that they stay in character through the entire parties, even when texting with the moms.

“Just in case any notifications pop up on the phone or anything like that. We just want it to be real. It’s kind of like Santa Claus,” she said with a laugh. “Even when talking to the moms at the parties we are our characters.”

“It doesn’t have to be just little girls’ birthday parties,” MaKenzie said. “This past Wednesday I was Belle at our youth group at church because we had a movie night, so we had characters walking around the lobby talking to people and taking pictures and I was literally acting like Belle in front of teenagers.”

Madison and MaKenzie have been doing community work since they were six and four years old respectively, which they often incorporate into Royal Celebrations. Relay for Life in Gardendale and Second Saturday in Trussville are among the community events in which they gave performances.

“I have a huge passion for community service,” Madison said. “I started from the age of six, so what I do is I take someone’s gifts and talents – something that they just really enjoy doing. For me I like to sing, I like to dance, I love talking to people, so I use that and turn it around to serve the community.”

When asked what were some of their most interesting or funny experiences with kids, they remarked that sometimes they’ll be asked “challenging” questions.

“As Ariel I get asked how did I get here,” Madison said. “It’s really challenging. The kids come up with great, challenging questions. You have to really study and make sure you know the storyline, which isn’t a problem for us because we love Disney movies, we love Disney Princesses but these kids will challenge you sometimes.”

“I’ve been asked to spend the night,” MaKenzie added. 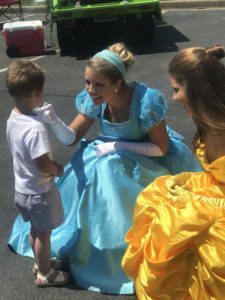 “You either get one of two reactions,” Madison said. “You never know what it’s going to be because you’re excited to see little kids and you’re like,” she imitated an excited gasp. “You’re putting on your princess face and then sometimes they run and dash away.”

They recounted that sometimes they’ll be recognized at events from past parties, such as when they were at a Second Saturday and a small girl recognized them and immediately ran up to them. Performing for children has created special memories for Madison and MaKenzie and the two show no signs of slowing down anytime soon.

“As far as this business, we’re going to keep doing it,” Madison said. “Because we want to keep adding princesses to the list because we know that a lot of different girls want different things.”