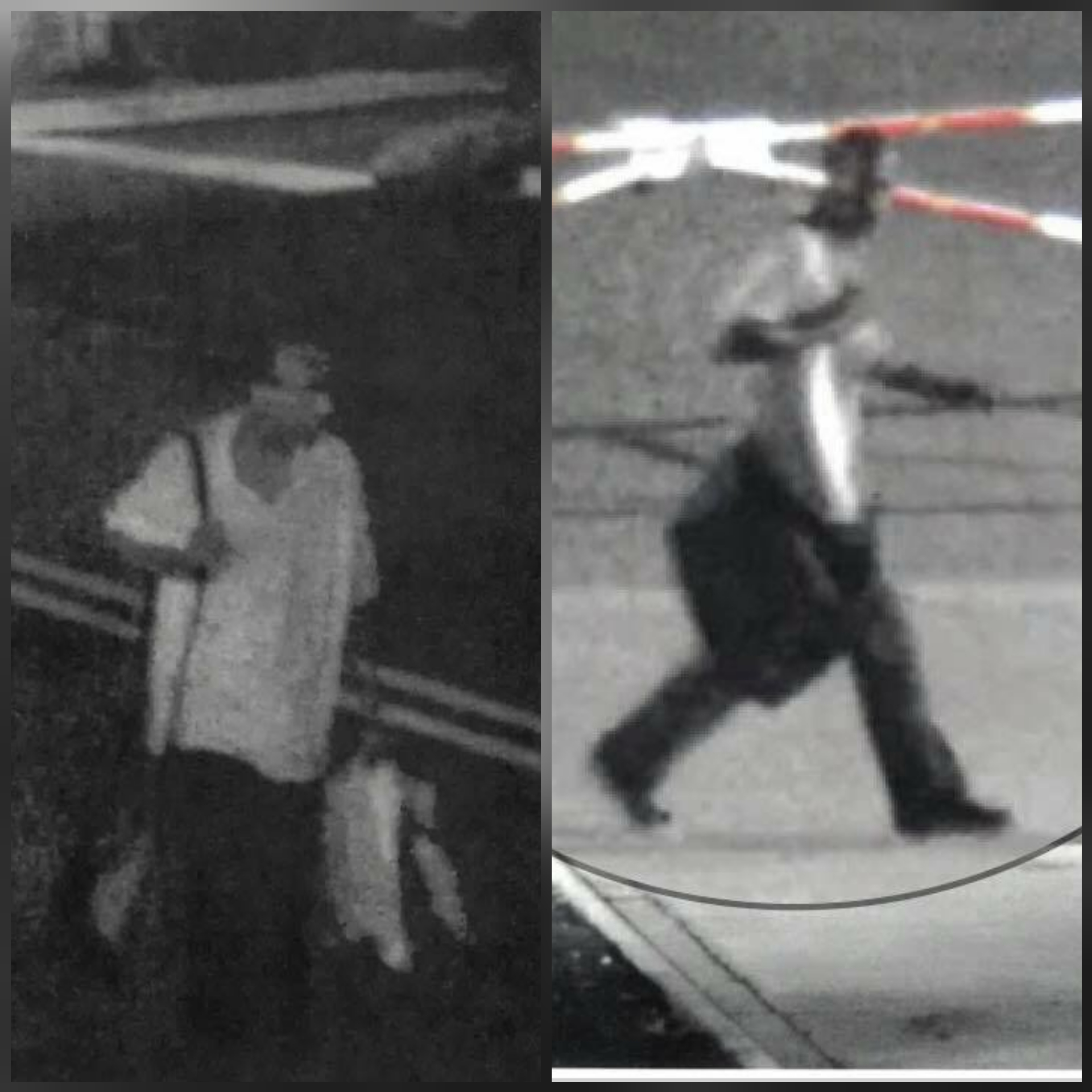 Photos from the Bessemer Police Department.

Bessemer police searching for suspect after cars torched at dealership

BESSEMER — The Bessemer Police Department is searching for a suspect that set fire to two cars at a Town and Country Ford dealership on Friday night.

On Friday, June 29 after midnight, a suspect that has not been identified yet entered the dealership and set fire to one of the vehicles. At around 4 a.m. the suspect returned and set another on fire. It is not know what kind of accelerant was used.

Camera footage on the property captured images of the suspect, described as a black male who was wearing a white, baggy polo shirt and carrying a “medium size bag that hangs on his shoulder with straps that (is) maybe around 6- feet long, long enough that the bag hangs around his upper calf.”

Photos from the Bessemer Police Department.