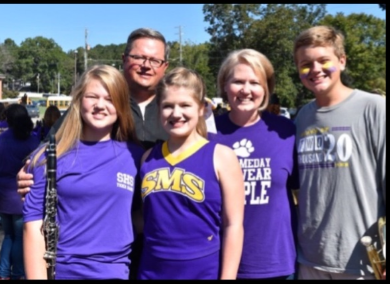 SPRINGVILLE —With less than two months to go before the start of the high school football season, Springville High School will begin the 2018 season with a new head football coach. Michael Graben has already begun the process of turning over a new leaf for the Tigers.

The move happened quickly as former head coach Steve Davis was offered the defensive coordinator position at James Clemens early on in May. With only a couple of months to go before the start of the 2018 season, Athletic Director Warren House and Springville High School Principal Virgil Winslett looked inward when naming the next head coach in Graben. 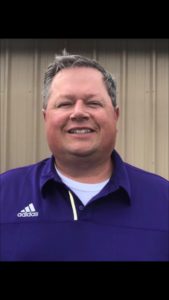 Michael Graben will take over as head coach for the Springville Tigers this fall.

“My wife’s family lives in Springville and we were making trips there almost every weekend when I told my wife that we should just move here,” Graben said. “I spent a year at Moody before a position opened up at Springville Middle School and I had a chance to join Davis’ staff as linebackers coach last year.”

“I appreciate the opportunity that Coach House and Mr. Winslett have given me,” Graben said. “This is a team that was very young last year but with 22 seniors returning, a junior quarterback in Austin Hutcheson, and an offensive line that returns all but one starter we should be very competitive in 2018.”

Springville was the youngest team in the Trussville Tribune coverage area last year and even though they finished 2-8 last season, as Graben mentioned, they were very competitive in almost every game.

“If you look at our schedule last year, we had a couple of games that we let slip through our hands,” Graben said. The Tigers began the 2017 season 0-5, none of those as gut-wrenching as a 18-15 loss to Shelby County. The Tigers defeated Hayden 21-20 the next week before losing by only a touchdown to John Carroll, 21-14. “We just beat ourselves in some of those games,” Graben told me. “Now that we have an offensive line that has a little more experience to go with a defensive that played well, we should be even more competitive this year.”

Graben will have his hands full in 2018 as Springville will make the move from Region 6 to Region 5 in what Graben calls a “brutal move.” Central Clay County and Sylacauga both finished with 8 wins last year, Mortimer Jordan won 9 games, and St. Clair County won 10 games before losing in the semi-finals of the playoffs. To add to a new region, the Tigers will be on the road against three of those four teams.

As for expectations, Graben isn’t shying away from what he expects from his team. “Obviously we want to win every game and win a championship but when I sit down with my seniors we will have specific goals that we want to accomplish. Win the county, play in a playoff game, win a playoff game, and we will build from there,” Graben said.

Even with limited time to plan the Tigers and Graben faired well at the Guntersville Passing Camp. Graben accepted the position on Monday in late June and with only two days to prepare, the Tigers went 3-1 in the camp on that same Thursday. With a nice crop of seniors and returning starters, Graben and Springville faithful should feel really good about the 2018 season and the Tigers competing at a very high level. Springville will kickoff the 2018 season on Thursday, August 23rd on the road against Hayden.