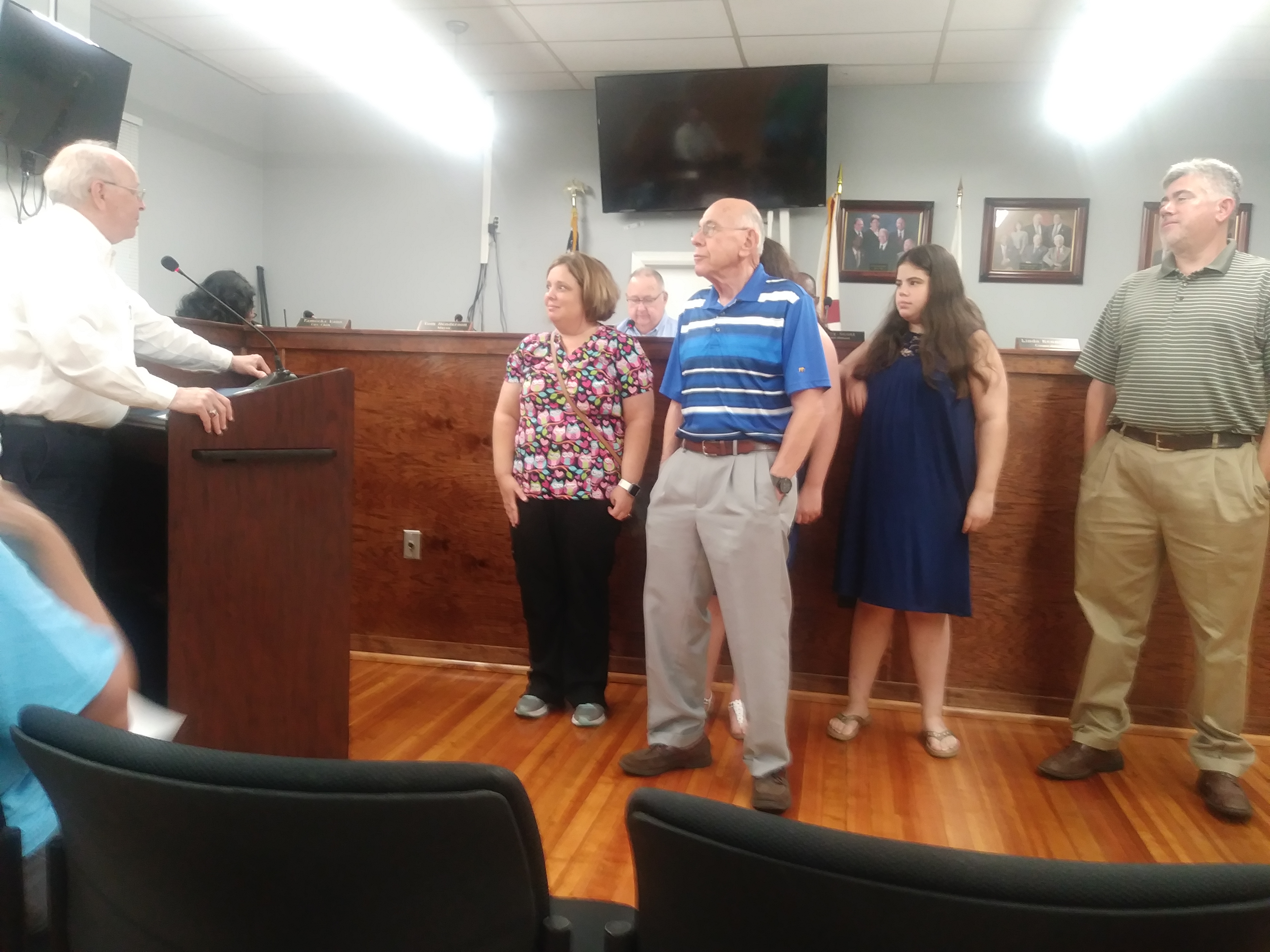 CENTER POINT — At a meeting at Center Point City Hall on Thursday night, the Council honored the life of Billie Jean Cooper Davis, who passed away July 6. Davis had been the first council president after the city was incorporated. 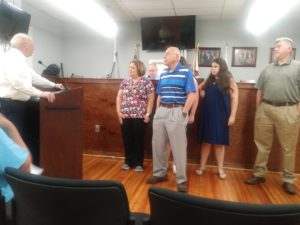 “She did a whole lot of groundwork to get this up and running,” said Councilor Linda Kennemur. “We would just like to show our appreciation tonight. She was a wonderful person. She did big things with the city and the church. She was a mover and a shaker.”

A resolution was passed unanimously as 2018-53 to honor Ms. Davis and a proclamation was read aloud by Mayor Thomas Henderson to several family members present at the meeting.

He said that she was involved in community work and worked against criminal activities. She had also been part of the effort to incorporate the city before being elected to the council.

“Billie was an inspiration to us all and I know that she worked so hard when she became the first council president here also,” he said. “And I think everybody that was on the council at that time – there’s only two of us left, Roger Barlow and myself – but she was a unanimous choice to be the council president. She did a great job.”

Afterwards, the Council discussed the bid opening for the demolition of several houses in the city. Building Inspections Officer Ricky Hinkle said that he had reviewed a proposal by one bidder and suggested that the bids be rejected to negotiate lower costs. After some discussion the Council voted to accept Hinkle’s recommendation.

The Council then voted to accept the amended budget for the fiscal year 2017-2018. Henderson said that part of the amendment was additional money from sales tax.

“Primarily what we’re doing is to put in the additional $840,000 we expect to come in from the new sales tax that started in January,” he said. “And it’s $840,000 because the actual fiscal year starts in October so we couldn’t start with taxes coming in until January. So it will be next year probably $1,400,000 when we add the other months to it. But for this amended budget it’s $840,000.”

He said that another reason for its passing was so they could staff and renovate the Hilldale Baptist property that was purchased by the city to be turned into a recreation center and library slated for the Fall season. Other funds are going to other departments such as Public Works and costs for utilities, as well as for a bond payment on a loan of $37,000 in August. Henderson said the budget would be good until September.

A discussion on amending the contract with the Chamber of Commerce to include an Economic Development Director position followed but was not acted upon. The possibility of implementing an Economic Director for the city has been an ongoing subject for the council. Henderson said that there were “no solid” proposals so far for pay and benefits. He also talked about possibly starting a grant program to allow businesses on the parkway to invest in “refurbishing” the fronts of their buildings and that the city would match the money spent.

During the public comments portion, three people spoke. Jefferson County District Attorney Mike Anderton was first to speak and told the Council and people present about his prosecuting career.

Next was Center Point Billy Hagood, who asked several questions regarding the bids, the lots and the contract with the Chamber of Commerce. Among them was a question on the budget and what department or item money would be going to from the sales tax revenue. Henderson said that money would be going to staffing the community center and library for the year.

Center Point resident Debra Jemison asked about trash in certain parts of the city as well as patching roads. She asked about how the council can address the roads and who to contact about them. Councilor Leesburg, filling in for Roger Barlow, suggested talking with the city’s representative who is in contact with the department of transportation as well as to Hinkle about the trash.

In other business the Council:

The next Center Point City Council meeting will be held on July 26 with pre-council at 6:45 p.m. followed by the regular meeting at 7 p.m.