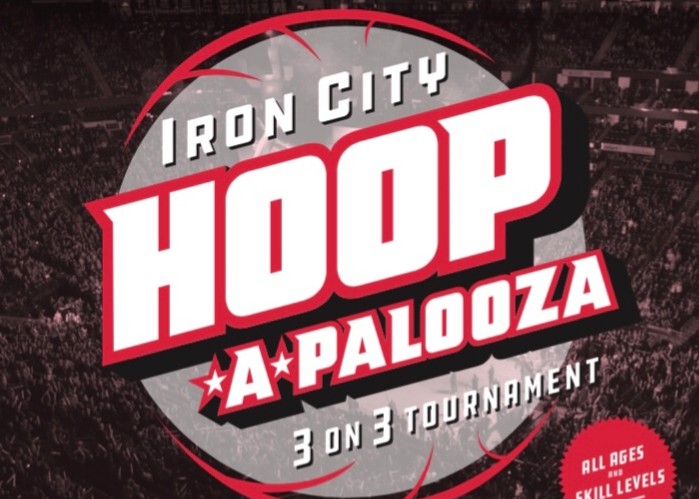 CrossPoint Church to serve as host site for Hoop-A-Palooza

TRUSSVILLE— CrossPoint Church has partnered with the Colonnade Group to be a host site for Hoop-A-Palooza 3-on-3 basketball tournament on Saturday, July 28.

Rob Robertson who serves as co-director for the Hoop-A-Palooza event with former NBA player Buck Johnson is excited to have such a big event come to the Trussville area.

“The NBA coming to the Magic City is something monumental and the Trussville people love sports and we wanted to get them directly involved,” Robertson said.

Colonnade Group and President Robbie Robertson are a national standard in hospitality and sports event management. Their event team created the Hoop-A-Palooza concept and have taken a great interest in their hometown market of Birmingham. For 30 years they have served markets all over the country, managing and producing big time sporting events including the Final Four, College Football Playoffs and the SEC Football Championship.

The Hoop-A-Palooza is an event that is designed to promote the NBA’s return to Birmingham. The Houston Rockets will be facing the Memphis Grizzlies in a preseason game at the BJCC on Oct. 2 and the finals of the tournament will be played pregame and at halftime of the game.

The game will be hosted by BBVA Compass in their Iron City Showdown as they represent a “celebration of basketball in Birmingham,” as their motto. The tournament will be played at different locations in the Birmingham area with different divisions of competition.

CrossPoint Church will serve as a host for the first round of tournament games and Minister of Recreation Brian Harris believes that this event will not only bring people out to play, but also to worship.

“This is a huge deal for us and it ties into our motto at the the church, ‘Just 1 More’. . . even at a basketball tournament you never know who you may reach,” Harris said.

Robertson believes that this will be a huge event for the everyone involved as well, “We’re bringing top notch basketball to the Magic City and connecting our communities too,” he said.