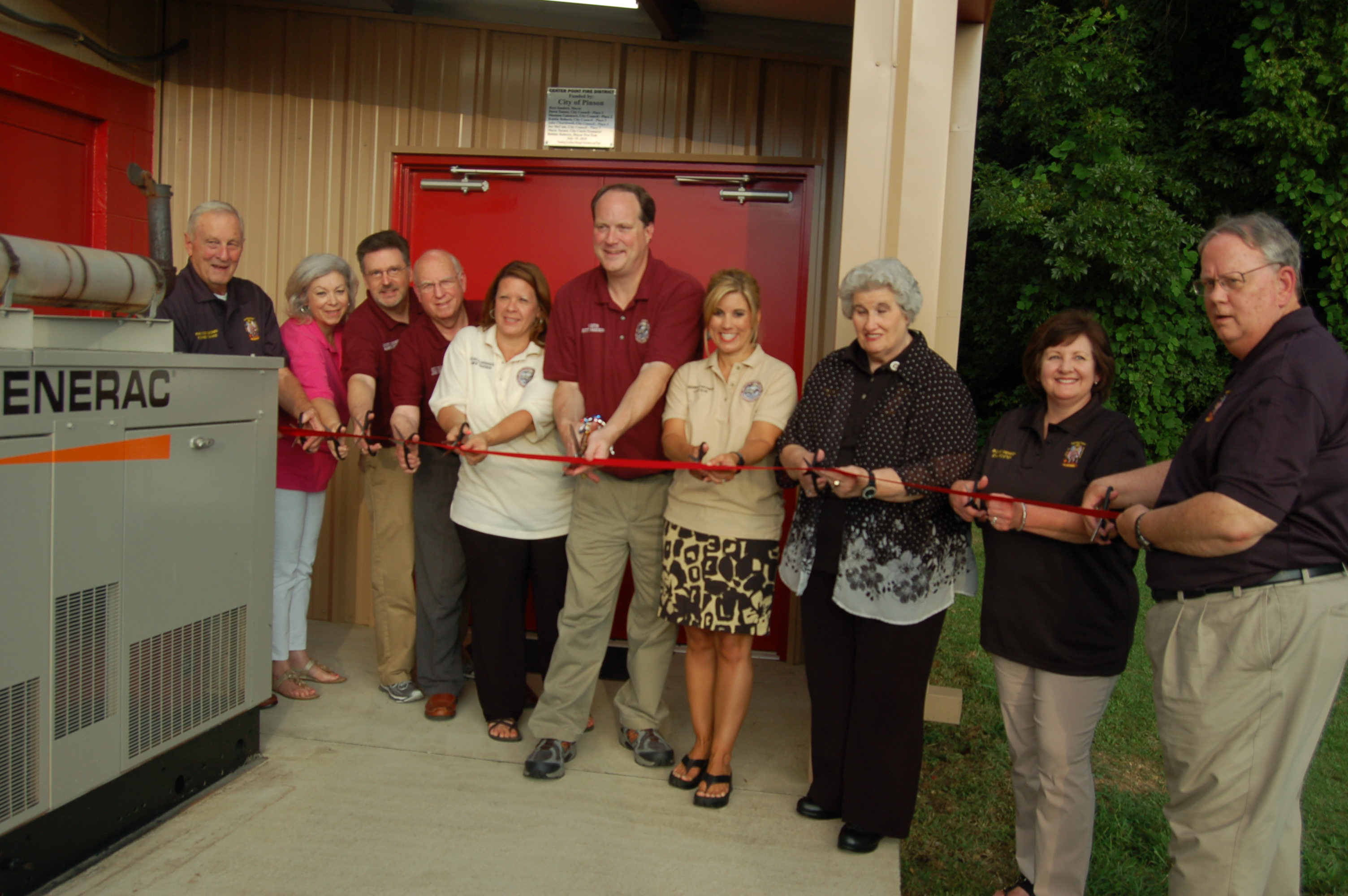 Members of the Pinson City Council about to cut the ribbon for a new clean room at Center Point Fire District 2. Photo by Nathan Prewett.

PINSON — On Thursday night, the Pinson City Council met at Center Point Fire District’s Station No. 2 for a meeting before holding a ribbon cutting ceremony celebrating the opening of a clean room for the facility. 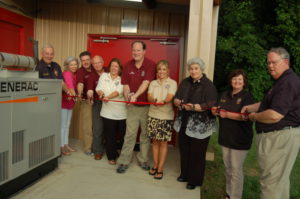 Members of the Pinson City Council about to cut the ribbon for a new clean room at Center Point Fire District 2. Photo by Nathan Prewett.

The clean room at CPFD’s station has been several years in the making and recently became a reality for the staff there. The room’s purpose is to be an area where firefighting gear can be stored and then sanitized after exposure to smoke from fires.

CPFD firefighter Brandon Dahlen spoke and said that over the years, the potential for contacting illnesses from the toxins on unclean clothing and equipment has prompted a response from various fire departments to utilize such areas where they can be cleaned.

Toxins can also come from diesel smoke from the engines of vehicles.

These toxins can have the potential to cause cancer. However, the new clean room aims to reduce the chances of firefighters contracting serious illnesses now. The Council and members of the district cut the ribbon outside of the room to celebrate the department’s achievement with a reception that followed.

Before the ribbon cutting, the Council held a brief meeting to discuss several items on the agenda, the first of which was accepting and executing tax deeds for certain real estate properties in the city. A resolution was passed as 2018-21 authorizing the city to purchase “delinquent properties,” specifically two located at Powell Avenue and Kaley Lane. Both were purchased for $100 each.

Afterwards, an ordinance to annex a property, also located at Kaley Lane, was passed as 2018-22.

Next, the Council addressed the Pinson Sports Youth Complex’s Girls 10U softball team that placed second a state championship last week. Mayor Hoyt Sanders said that they would recognize the team on Aug. 16.

In old business, the Council discussed an agreement with Jefferson County on maintenance of roadways in the city limits. Sanders and Councilor Robbie Roberts mentioned that the agreement was discussed in meetings in late 2016 and states that the city acquires the roads in an annexed area but the county executes through-road agreements for paving.

Sanders said the county will pay and save the city an excess of $400,000. Paving will take place from the front entrance of Turkey Creek Nature Preserve to Jackson Road.

Under new business, the Council voted to accept the deed for a property located on Main Street and to begin the process of demolition. Sanders said that the house was donated by the family of the man who lived there but that the building was evaluated by a contractor who said that it is unstable. The resolution to accept the deed and begin demolition was passed unanimously.

Another piece of property was acquired by the city, also located on Main Street, and adjacent to City Hall. The owners proposed to sell the 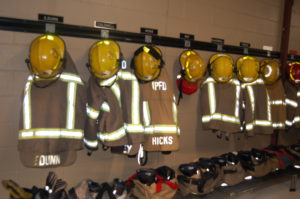 Gear stored in the clean room. Photo by Nathan Prewett.

property measuring at approximately one acre. The city government negotiated to buy it in the amount of $55,000. Sanders said that the property can be used by the city in the future.

The city received a request from Jefferson County StormWater requesting financial assistance with an “electronic and battery recycling” day on Aug. 11 at the Jefferson County Courthouse Center Point. $900 was requested from the city government to help fund the event in which all types of electronics and batteries can be turned in.

The next Pinson City Council will be held on Aug. 2 with pre-council at 6:30, followed by the regular meeting at 7 p.m.