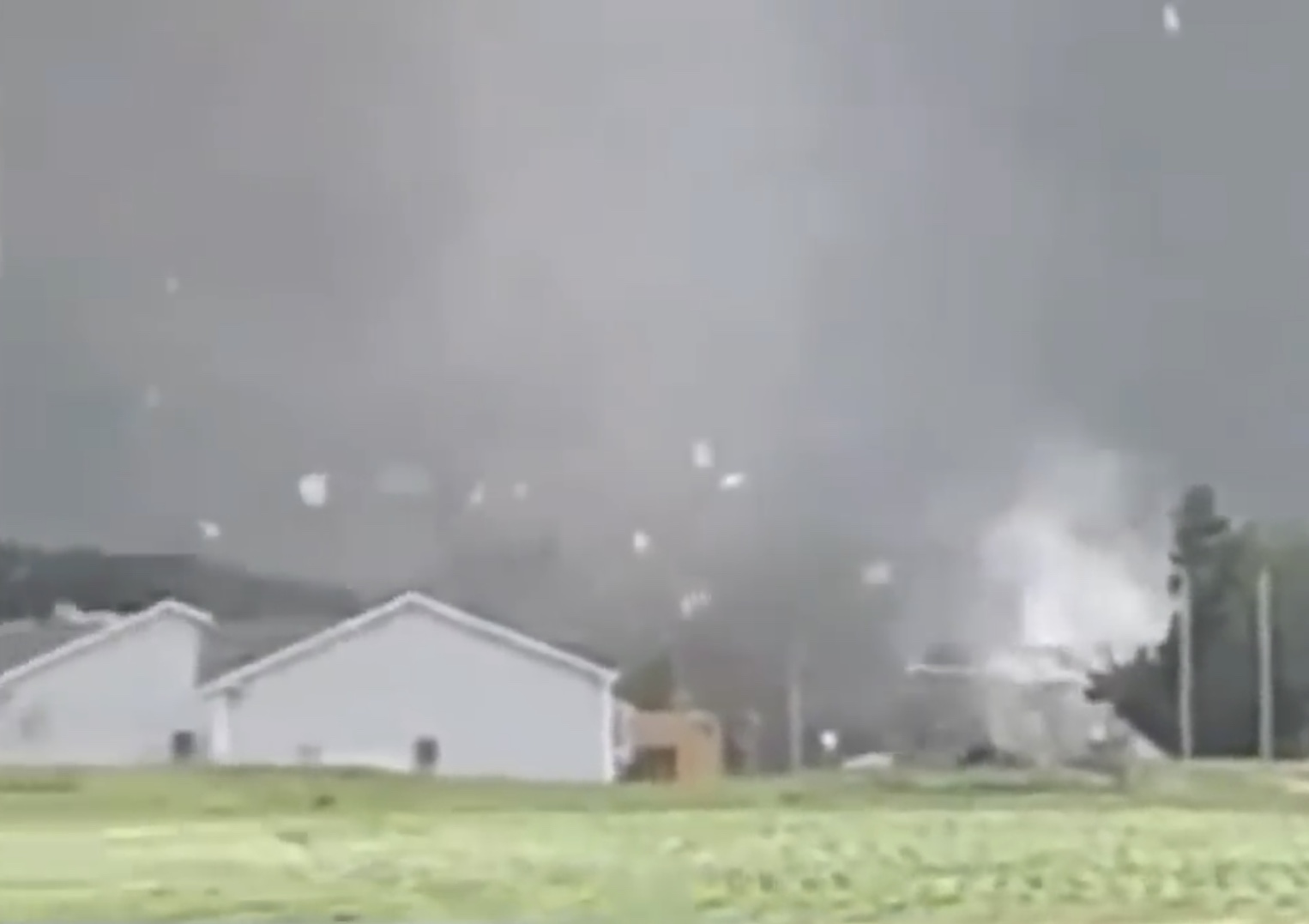 A video posted by a Bondurant homeowner showed a tornado tearing through the neighborhood. Although the family was reported safe, one roof of a home was torn completely off, and several other structures are missing chunks of roofing. Another home sustained damage from when a recreational vehicle flipped against it.

The National Weather Service Meteorologists in Des Moines said several tornadoes were confirmed, but no reports of serious injuries as of Thursday evening.