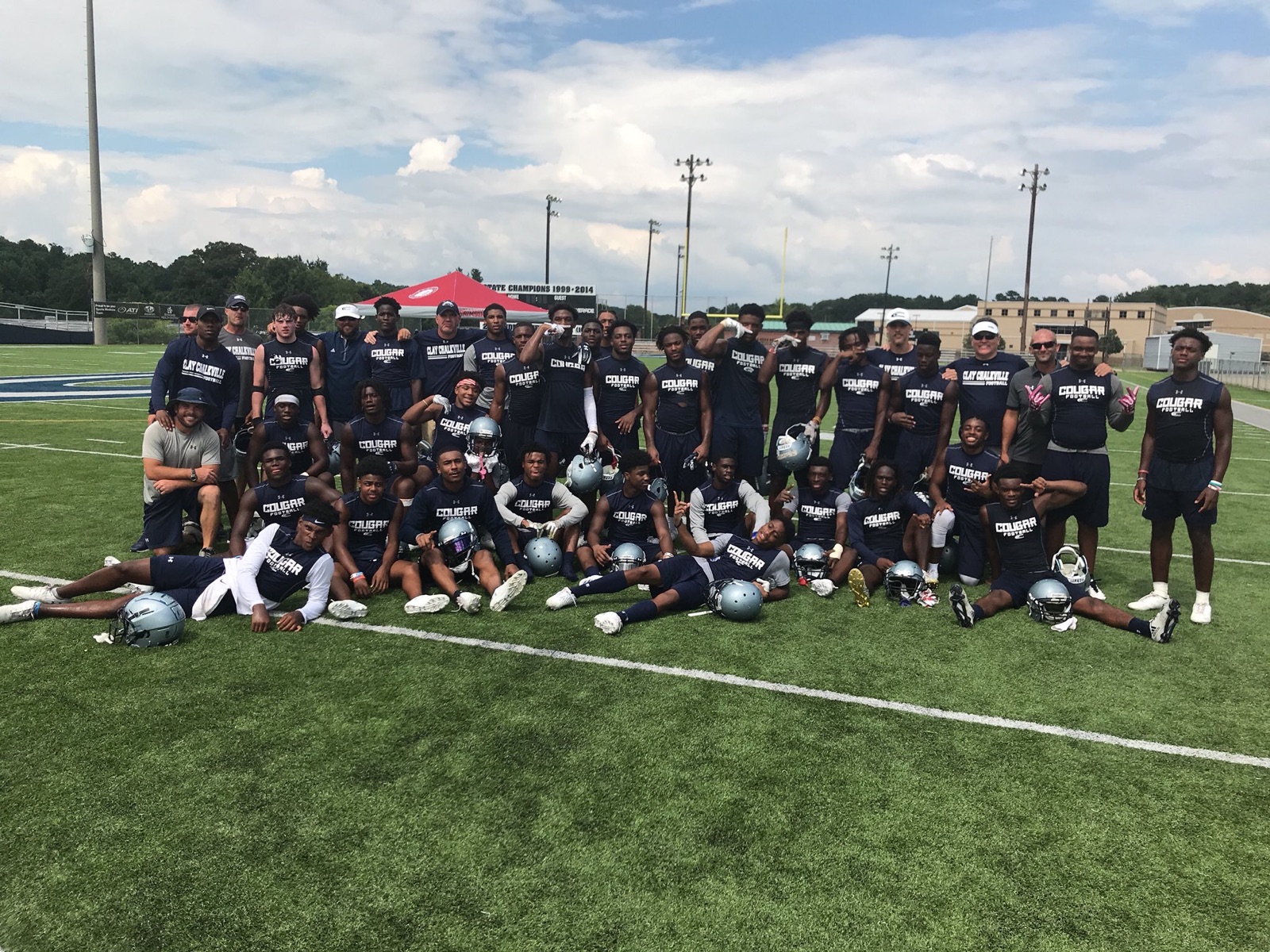 CLAY— The Clay-Chalkville Cougars hosted and won the Deerfoot Invitational 7 on 7 tournament on Tuesday, July 24.

The Cougars overcame a sluggish 1-2 start in pool play which made them one of the lower seeds in the tournament but still worked their way into the championship game. Head coach Drew Gilmer believes that was one aspect in which he felt that his team showed their mental toughness.

“I was extremely proud of my guys. They could’ve just let the bad keep going bad but they stuck with it and passed the test.” Gilmer said.

Gilmer believes that this could give the players a positive boost as they prepare to end summer training.

“We preach to the guys about being consistent with the little things. When those little things become right and consistent, the big things take care of themselves. That showed today and I couldn’t be more proud. Now we just have to take that into the season and we’ll be in great shape.” Gilmer said.