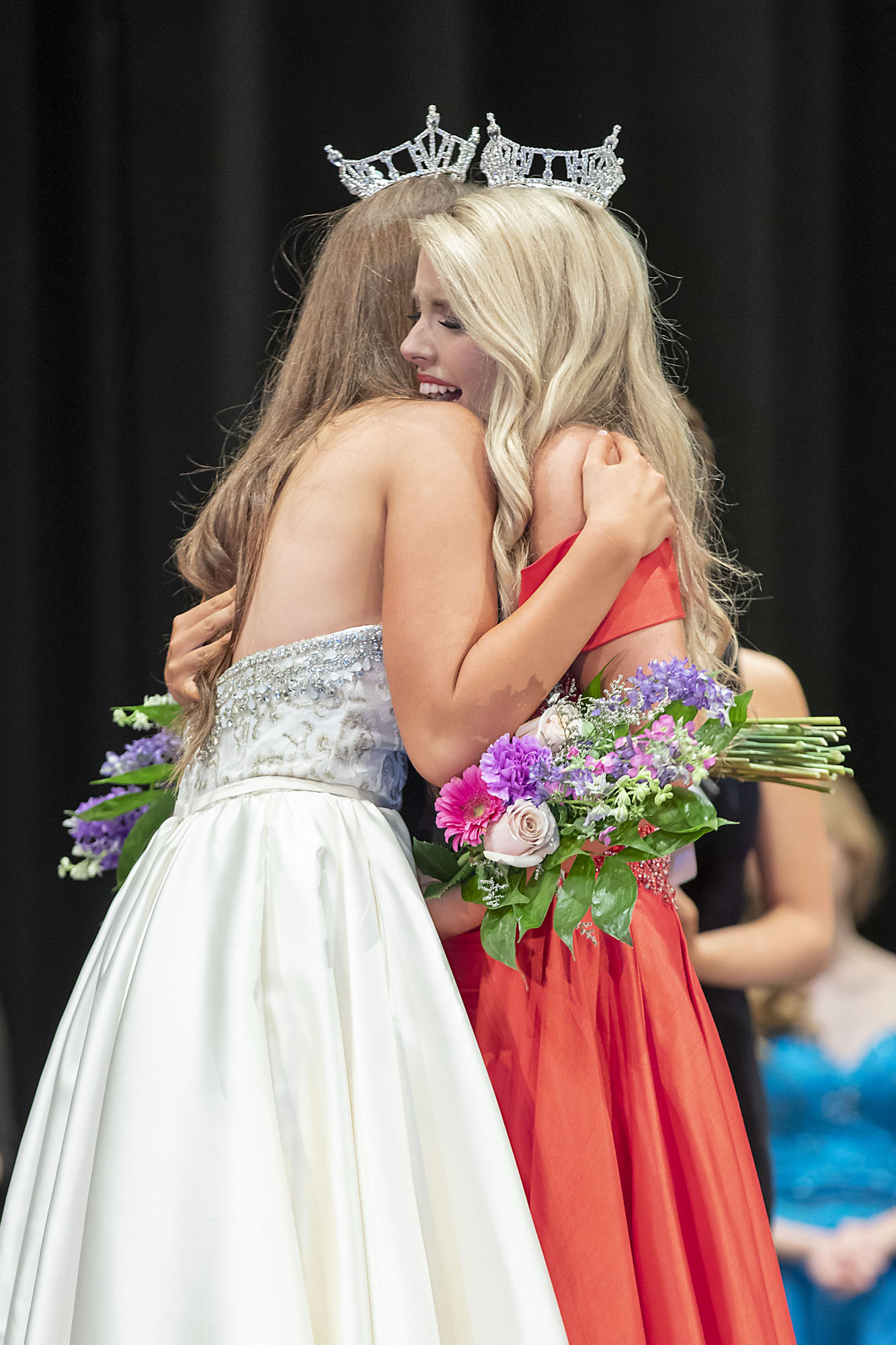 TRUSSVILE — Success was twice as sweet for sisters Madison and MaKenzie Ward at this year’s Miss Trussville Pageant.

18-year-old Madison and 16-year-old MaKenzie Ward each earned a crown at the 2018 Miss Trussville pageant event that took place at  Hewitt-Trussville High School on July 8. 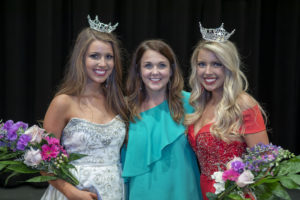 “Maegan Reynolds is the director of Miss Trussville,” said Madison. “She does a great job. She is local and has a heart for the city. It was really great to partner with her this year in Trussville.”

The odds of the siblings both winning crowns in the same pageant seemed slim – let alone accomplishing that feat together. For their mother, Dianne, it was pure joy and shock that both of her daughters would win that evening.

“It was just the shock of both sisters being crowned in their hometown,” said Dianne. “It was Madison’s first Miss Alabama preliminary and MaKenzie’s last Miss Outstanding Teen pageant. It counldn’t have been scripted any better really. They also get to serve together.”

“We have both participated in pageants, but they are not considered the stereotypical pageants,” said Madison. “Everything we have done in pageantry has led us up to the Miss America system.

When both were younger, their parents introduced them to pageants which exposed the girls to interviews, community service and public speaking.

“I started doing pageants when I was six years old,” she said. “They were natural pageants where participants could not wear make-up.”

She explained that the pageants taught interviewing, on-stage public speaking, and community service, which both Madison and MaKenzie believe has made them well-rounded.

MaKenzie says that participating in pageants have helped her grow out of her shyness.

“When I was really little I was very shy,” said MaKenzie. “I didn’t really like to talk to people or go up to meet them. When I started participating in pageants I had to speak to new people and people came up to me.”

Within the first couple of years, MaKenzie said that the process became easier which has made her more outgoing.

Now, with each a new title, both girls have a renewed appreciation for the pageant experience and all the advantages it has to offer to young women and serving their community.

For Madison, who is looking forward to her freshman year at Samford University, will compete in her first Miss Alabama pageant in June 2019. She says her experiences, including the Miss Alabama’s preliminary scholarship pageant, have opened doors providing her with valuable volunteer opportunities including the Trussville’s recent 2nd Saturday event on July 11.

Madison believes in promoting community service and chose this as her platform for the pageant.

“My platform is S.H.I.N.E. – Serving Him in Neighborhoods Everywhere,'” Madison explains. “I was really happy to implement my platform in the community before I was Miss Trussville.”

Madison explains her goal for S.H.I.N.E. is taking the things that people are good at, such as gifts, and talents, and turning them into serving the community.

“I feel like people think community service is too hard or it is not fun,” said Madison. “With this approach, people can see that community service is a lot of fun and that there is a way to get involved. It was really exciting to see how it worked out while promoting the City of Trussville, Serve Day, and my platform.”

MaKenzie, who is a junior at Hewitt-Trussville High School, explains her platform is geared to raising awareness of childhood cancer through Dancers Fighting Cancer. The organization, founded in 2009 by 8-year-old cancer survivor/dancer Alex Swader, has a mission to encourage the dance community while raising awareness of childhood cancer, raising funds for pediatric cancer research, and to show children living with cancer that they care about them.

“I partnered with them around nine years ago during Tapping Out Childhood Cancer Gala,” said MaKenzie. “They get participation from dance studios across Alabama for a show where 100 percent of proceeds benefits pediatric cancer research.”

MaKenzie explains that her involvement began with dancing in the gala and has now grown into her position as the VIP Coordinator for the event.

“The VIPs are the cancer survivors and cancer patients,” said MaKenzie. “I have the opportunity to not only interact with these amazing children, but also ride with them to the Alabama Theatre for the gala event. It is really one of the coolest experiences being on that side of the organization.”

MaKenzie said that over the past nine years the organization has raised over $250,000 for pediatric cancer research.

As for the talent portion of the pageant, Madison sang a Jazz song original titled ‘Orange Colored Sky’ where MaKenzie chose to entertain judges with a tap dance to ‘Ease on Down the Road’ dressed in a Dorthy-inspired costume from The Wizard of Oz.

Not only did the sisters steal the show that evening being crowned Miss Trussville and Miss Trussville’s Outstanding Teen, but they also tied with the leadership award, which they explained consists of the interview portion of the pageant. In addition, MaKenzie was awarded the talent preliminary.

“It is really cool that both MaKenzie and I won together,” said Madison. “One requirement for Miss Trussville is to get to know her teen, Miss Trussville’s Outstanding Teen, and serve with her teen. MaKenzie is my sister and I know her very well. I am excited about taking this on with her.”

As for any girls who might be considering participating in a pageant, the Ward sisters suggest going to one and getting an up-close-and-personal look at all the work – not to mention, the rewards – involved.

“Communication skills, speaking about your platform, improving your talent,” MaKenzie adds, “there are a lot of ways it can benefit you. Plus, it’s a lot of fun.”

“During my interview I got emotional talking about the City of Trussville,” said Madison. “I was embarrassed that I teared up in my interview while talking about how much I loved the City of Trussville. I am really excited to serve, and it is a blessing from God to have this opportunity and have a platform to speak while having my little sister with me to serve our community.”