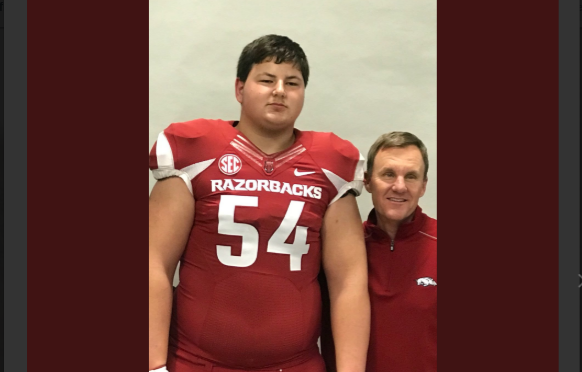 TRUSSVILLE –According to sources close to the program, University of Arkansas commitment Joseph Stone has left  Hewitt-Trussville High School and plans to play his senior year at Gulf Breeze High School in Florida. It will be Stone’s third team in three years.

The 6 foot, 8 inch, 340 pound senior saw limited playing time as a back-up offensive lineman during his junior year, but was penciled in as a starter for his upcoming senior year.

Stone, who is rated a 3-star player, spent his sophomore season at Savannah Christian Prep in Georgia.