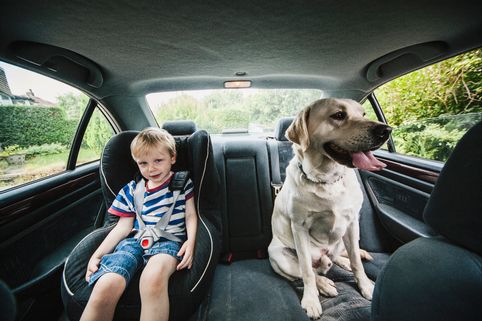 BIRMINGHAM – In response to the death of a dog that died from being left in a car at Trussville’s Walmart on July 4, PETA is now reaching out to Walmart CEO, Doug McMillon, requesting Walmart stores to install signs in their parking lots reminding customers of the dangers in leaving an animal or child in a hot car.

In the letter, PETA—whose motto is “animals are not ours to abuse in any way”— points out that there have been multiple child and dog deaths in Walmart parking lots in recent years.

So far this summer, at least 39 animals and 29 children across the country have died as a result of being trapped in hot cars, and these are just the incidents that have been reported.

“As the Trussville community recently saw firsthand, a parked car can be a death trap for dogs or children who can’t escape as temperatures soar and their bodies shut down,” says PETA President Ingrid Newkirk. “PETA is urging Walmart to help prevent future tragedies by reminding customers never to leave vulnerable family members in the car.”

The entire letter reads below:

I’m writing on behalf of People for the Ethical Treatment of Animals (PETA) and our more than 6.5 million members and supporters worldwide. We are so pleased that some Walmart stores have signs to remind customers of the danger of leaving an animal in a hot car—thank you for that. There is one vital next step that we hope you will take right away, as recent deaths in Walmart parking lots show that it is needed. Please, will you require all your stores to post lifesaving signage?

So far this summer, at least 39 animals and 24 children have died as a result of being trapped in hot cars. And it’s not even August. Last summer, 44 animals and 42 children died in hot cars. These figures don’t include the instances that are not reported and never make it to the media.

In the past few years, there have been at least four such deaths in Walmart parking lots, including a dog who died in a Trussville, Alabama, Walmart parking lot just this month. And here are a few more examples of fatal incidents:

While these tragic situations seem unconscionable, it’s well established that people operate at the subconscious level (on “autopilot”) when engaged in routine behavior. Research shows that visual reminders—such as warning signs—can trigger parts of the brain that are inactive while we’re in that mental mode.

These deaths are heartbreaking, and we can help prevent more of them. Because such fatalities can and have occurred in Walmart parking lots, will you please act to ensure that signage is posted at all your stores to remind customers of the danger of leaving babies and animal companions in hot cars?”