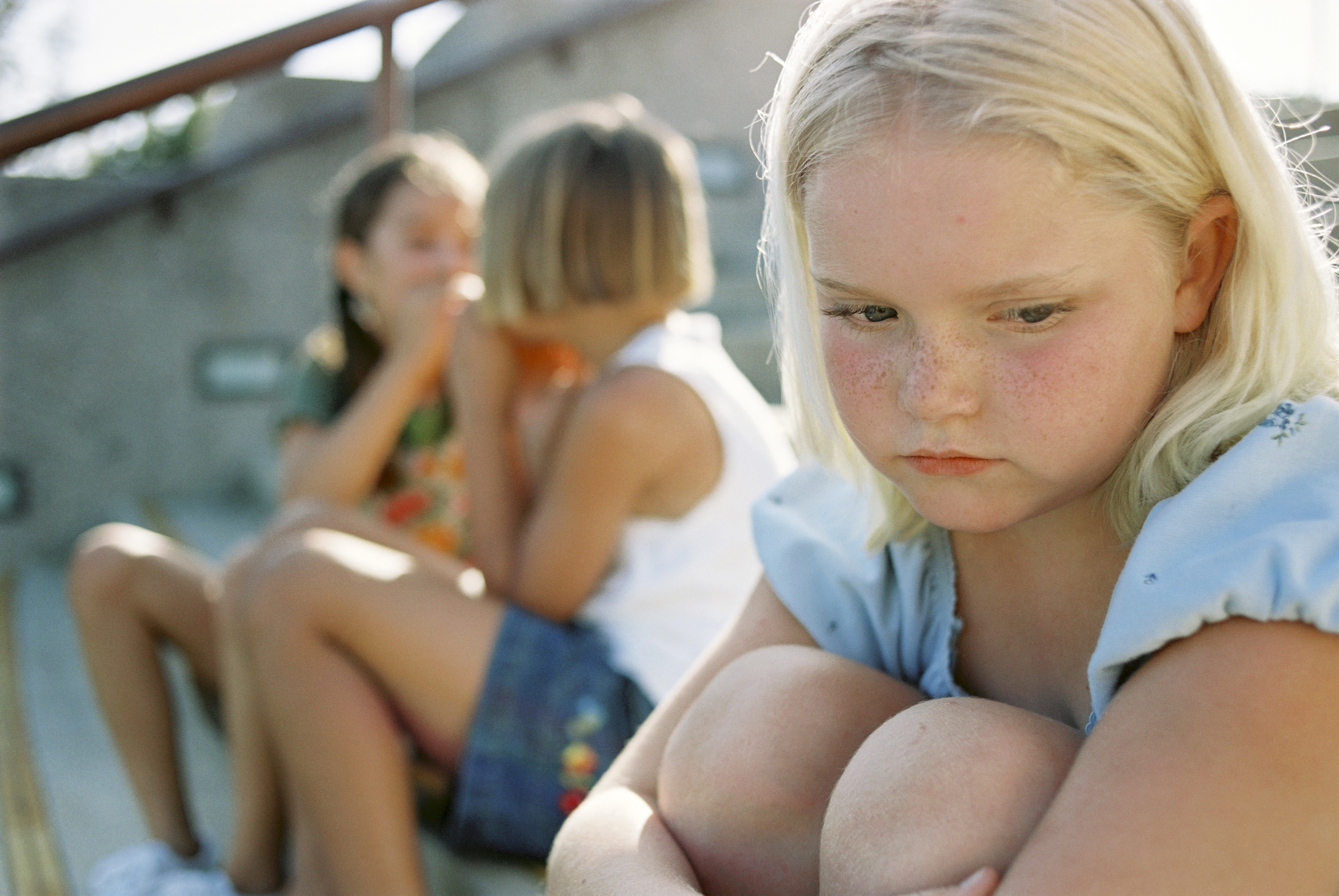 The National Center for Education Statistics (NCES) reported in 2015 that around 21 percent of students ages 12–18 reported being bullied at school during the school year.

What parents and students should know about Alabama’s bullying laws; school policies provided

TRUSSVILLE — As children head back to school this month, parents and students need to be aware of bullying – definition, laws, school policies, reporting and how to shut a bully down.

In January of 2014, the Centers for Disease Control and Prevention, the Alabama State Department of Education (ALSDE), and the Health Resources and Services Administration worked with a number of bullying experts across various fields to develop a uniform definition of bullying:

“Bullying is any unwanted aggressive behavior(s) by another youth or group of youths who are not siblings or current dating partners that involves an observed or perceived power imbalance and is repeated multiple times or is highly likely to be repeated. Bullying may inflict harm or distress on the targeted youth including physical, psychological, social, or educational harm.”

Despite various perspectives, the key factors of bullying are violence and harassment. There are also certain dominant themes that are pretty obvious including intent, maliciousness, repetitive aggressive behavior, and the demonstration of power over the target.

Research confirms that victims of school bullying and harassment suffer serious psychological and behavioral outcomes; including but not limited to: lower levels of academic achievement and mental health problems such as anxiety and depression to being at risk for substance abuse to becoming bullies themselves. Many cases of suicide have been linked to school bullying and harassment. 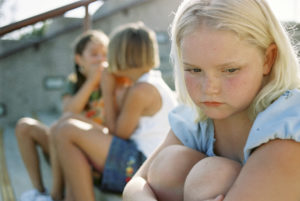 The National Center for Education Statistics (NCES) reported in 2015 that around 21 percent of students ages 12–18 reported being bullied at school during the school year.

The National Center for Education Statistics (NCES) reported in 2015 that “around 21 percent of students ages 12–18 reported being bullied at school during the school year.

The legislative intent was for public schools to adopt policies to prevent the harassment of students, intimidation, violence, and threats of violence in Alabama’s public schools. Additionally, the filling of a complaint of harassment must be in writing and submitted by the affected student, parent or guardian of the affected student, not by an education employee (Act 2009-571, §2).

While one of 49 states to enact anti-harassment laws, Alabama is one of only two states that does not include specific protection from “bullying” in its law. Why the term “bullying” was omitted is unclear.

The act also requires the ALSDE to develop a model policy for local school boards to address student harassment prevention. According to the Alabama School Connection (ASC), two-thirds (88) of Alabama’s 132 school districts had enacted the mandated policy while half (66) of Alabama’s school districts had created the mandated reporting forms. Accountability checks are performed every three years and reported to the state.

The ALSDE also releases the annual “Student Incident Report” (SIR) by school, which is a compilation of numbers of students involved in violations at school, reported online via the SIR system. Any and every incident resulting in an ALSDE-defined disciplinary action must be reported. That includes on-campus, on school-sponsored transportation, and off-campus school-sponsored events if a student is involved. Whether or not all incidents are reported, it is up to local school officials to ensure all actions are reported.

ASC reported that the remaining policies and forms were not received when requested, which means not all schools are in compliance with the act since required in 2010. There were four districts who were in violation of the law allowing oral, rather than the expressed language in the Act requiring all reporting to be done on written, board-approved forms. 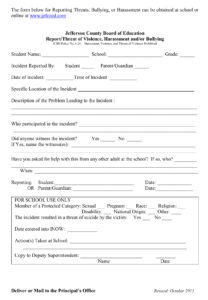 Copy of the Jefferson County Student Anti-Harassment Reporting Form located at school and on website. Here are other school district complaint forms submitted to ASC.

Other school districts who have made the policy and reporting form available at a “one-click” depth, widely publicizing the existence and intended use of the form, and adding the option to report harassment online are Birmingham City Schools, Jefferson County and St. Clair County Schools . Theses school districts have also adopted ALSDE’s model policy and have posted bullying or harassment notification prominently displayed on the home page.

Birmingham City and St. Clair County Schools have even gone a step further to create anonymous tip lines to allow students to report bullying and harassment, which has been proven more effective than a verbal or form.

ALSDE’s Stop Bullying in Alabama site offers an anonymous tip reporting service for districts to use by simply registering the school. This is a service that is free to all school districts.

According to the 2018 TCS Student Code of Conduct, students are instructed to report  threats of harassment to education employees. This is outlined in the section titled “Harassment of Students” listed on page 20-22.

“Students. It is the policy of the Trussville City School District to encourage student targets of harassment and students who have first-hand knowledge of such harassment to report such claims. Students should report incident(s) to any teacher, guidance counselor, or school administrator.”

It is important to be aware of your child’s school policies in place in order to appropriately document, report and prevent this type of behavior from affecting your child.

Parents can start educating children at home. Below are five smart tips to prepare and keep your child from becoming targets of bullying:

1. Talk about it. Talking about bullying is extremely important. If your child opens up about being bullied, praise them for being brave to discuss it and offer unconditional support. Read your child’s school policies highlighted above.

2. Remove the bait. If it’s lunch money or gadgets that the bully is after, help neutralize the situation by encouraging your child to pack a lunch or go to school gadget-free.

3. Buddy up for safety. Two or more friends standing at their lockers are less likely to be picked on than a child who is all alone. Remind your child to use the buddy system when on the school bus, in the bathroom, or wherever bullies may lurk.

4. Keep calm and carry on. If a bully strikes, a kid’s best defense may be to remain calm, ignore hurtful remarks, tell the bully to stop, and simply walk away. Bullies thrive on hurting others. A child who isn’t easily ruffled has a better chance of staying off a bully’s radar.

5. Don’t try to fight the battle yourself. Sometimes talking to a bully’s parents can be constructive, but it’s generally best to do so in a setting where a school official, such as a counselor, can mediate.

Also these Cyber-bullying tips below are available to help teens tackle bullying: 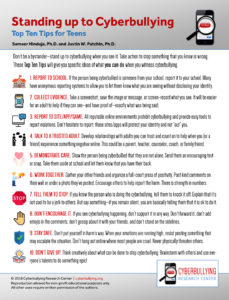 In addition to these resources highlighted above, please visit ASC website for “Bullying in School – How to Get Real Help from the School for Your Child.”