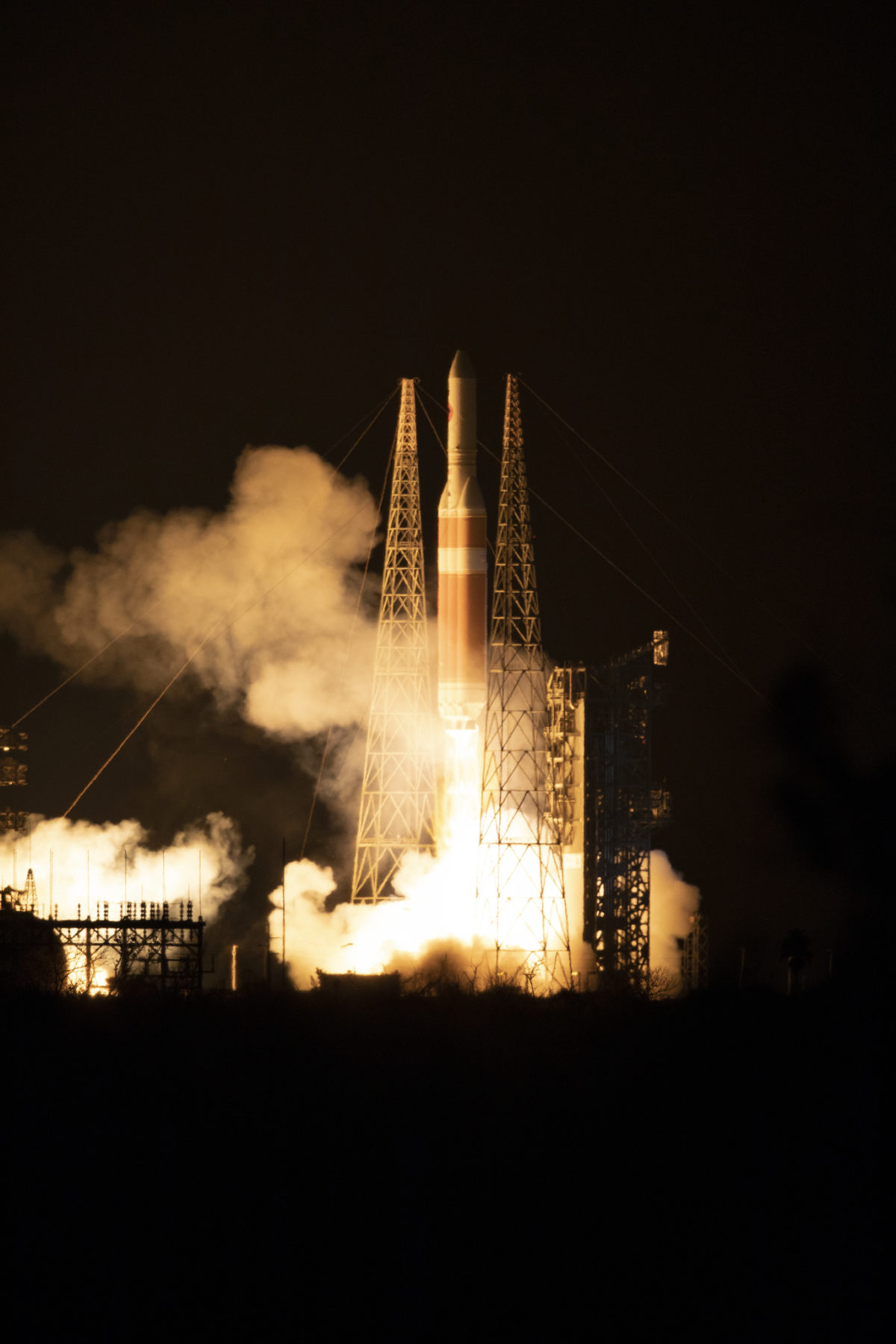 The space craft lifted off at 3:31 a.m. EDT, from the Space Launch Complex 37 on Cape Canaveral Air Force Station in Florida, with its engines blazing during ascent in the early morning night sky.

The Parker Solar Probe, which is named after  Professor Eugene Parker, is part of NASA’s Living With a Star program to explore aspects of the Sun-Earth system that directly affect life and society. The mission is managed by the agency’s Goddard Space Flight Center in Maryland and was built, designed, managed, and operated by John Hopkins University Applied Physics Lab in Maryland.

According to NASA, during the spacecraft’s mission to touch the sun, the probe will use gravity assisted from Venus seven times over nearly seven years to gradually bring its orbit closer to the Sun and will fly directly through the Sun’s atmosphere as close as 3.8 million miles from its surface. A quest that will be closer than any spacecraft has been before.

The spacecraft will hurtle around the Sun 15 times faster than a speeding bullet at speeds up to 430,000 miles per hour.

NASA says the Parker Solar Probe will revolutionize their understanding of the Sun’s corona. Facing brutal heat and radiation from the Sun, the spacecraft will fly close enough to watch the solar wind speed up from subsonic to supersonic, and fly through the birthplace of the highest-energy solar particles.

This is the first NASA mission that has been named for a living individual.