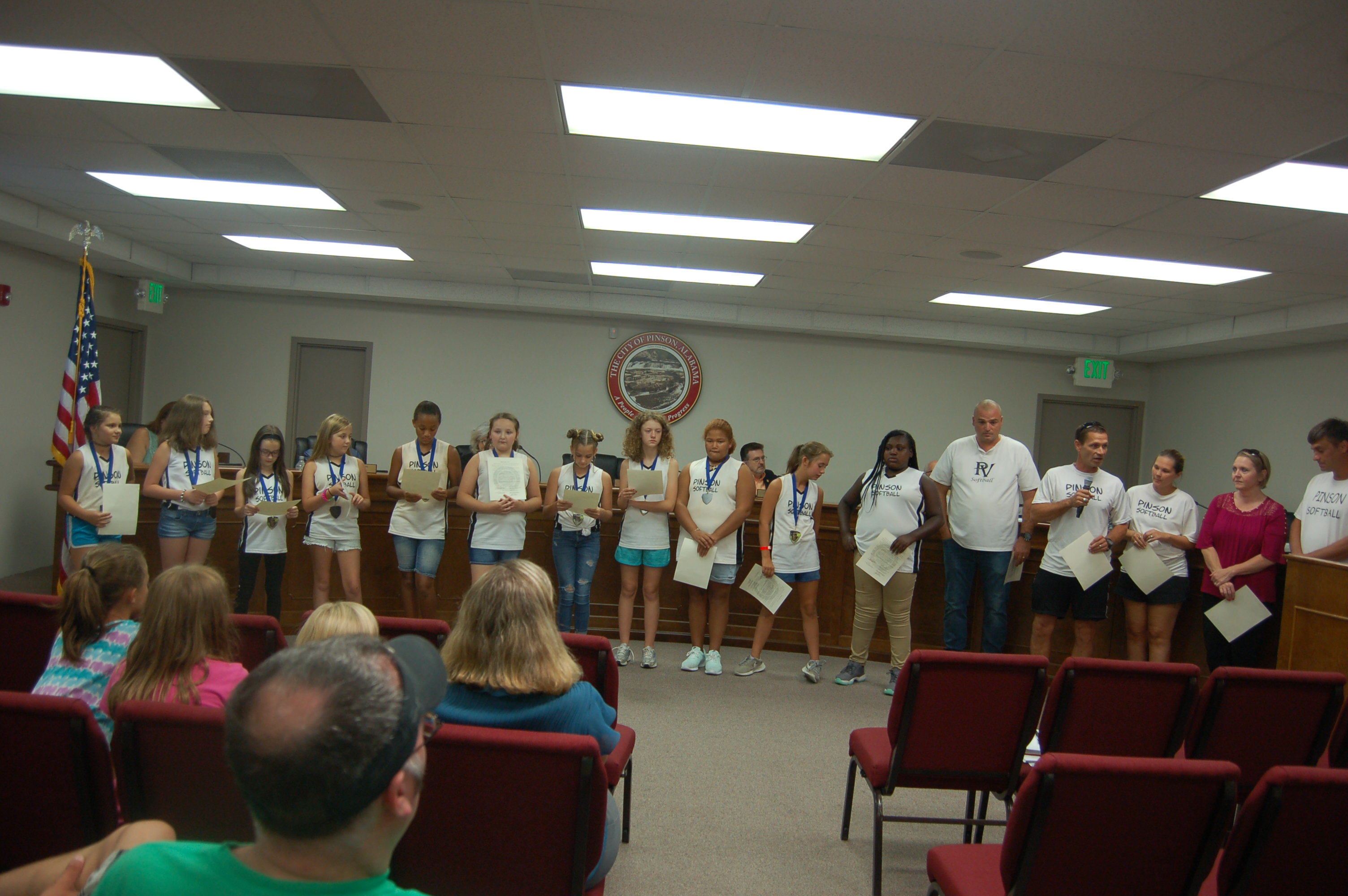 PINSON — A regular meeting of the Pinson City Council on Thursday night began with recognizing the Pinson Youth Sports Complex 10U Girls softball team, which took part in a state tournament that was held in July. 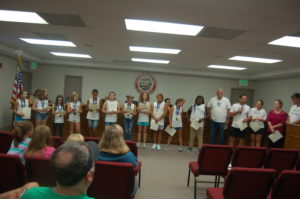 The team was honored at the meeting with a resolution that recognized the team’s “desire to recognize the coach and team members for their outstanding work and dedication to the 2018 season.”

The team competed at the Alabama Park and Recreation State Tournament on July 13 to 15 where they placed second overall.

Following the recognition was a discussion on several matters of annexation, starting with a petition by the city government to add a lot on Kaley Lane in Pinson, passed as resolution 2018-14. The property was annexed as part of the council’s effort to expand the Bicentennial Park.

Next, the council passed a resolution annexing the property that a McDonald’s location stands on into the city after a petition by Golden Arches Limited Partnership. Mayor Hoyt Sanders said that this had been in the works for “a number of years.” It was passed as 2018-15.

“Naturally we’re very excited to have this in. This will be an increase on our sales tax,” Sanders remarked.

Afterwards, discussion turned to entering into an agreement with Gilmore Properties and J.M.G, LLC on the city acquiring real property to establish roadways and “related public improvements”.

“To make it very, very short, we are going to improve the roads within the industrial area for industrial growth within the city of Pinson,” Sanders said.

Towards the end of the meeting, the council voted to enter into a license agreement with Solid Rock Church to use its fields for the 2018 soccer program until Bradford Park is completed. In exchange for using the fields, the city agreed to pay for the lighting and add the church to general liability coverage. The resolution was passed as 2018-29.

During public comments, Pam Johnson from the Pinson Action Committee announced that the committee is planning to take part in a clean up of the Pinson Valley High School football field on Aug. 18 where the stadium will be pressure washed, other areas will be swept and cleaned among other activities.

Councilor Joy McCain commented on the recent National Night Out in Innsbrooke, calling it a success. She announced the Butterbean Festival to take place on Oct. 5 and 6, as well as a Veterans Day luncheon on November 12.

The next Pinson City Council meeting will be held on Sept. 6 with pre-council at 6:30 p.m. followed by the regular meeting at 7 p.m.