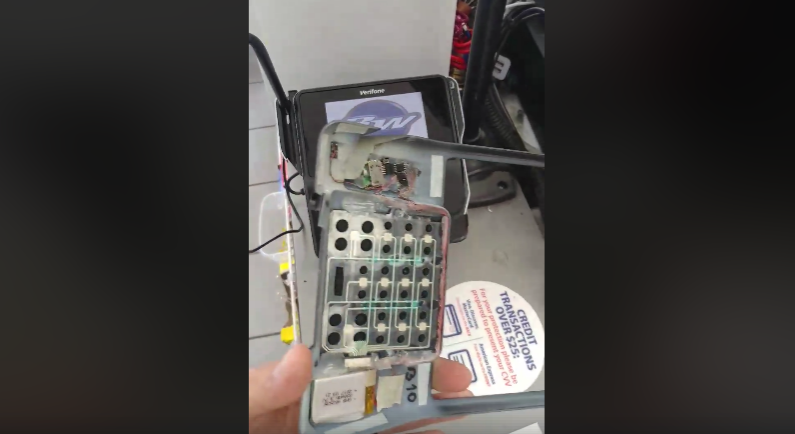 BIRMINGHAM –In July, the Secret Service warned of credit card skimmers found on Alabama gas pumps. At the time, they advised going inside to pay instead of paying at the pump.

But they may be rethinking that advice after an alert customer made a discovery inside a Raceway convenience store on U.S. Highway 280 in Birmingham on Wednesday.

Johnny Chergotakos posted a video of a skimmer he found inside the Raceway store after he swiped his card at the cash register.

Chergotakos thought he had broke the scanner until he reached down to check the machine and the skimmer popped off in his hand. He immediately contacted law enforcement, the store owner and posted his video to social media as a warning to others.

According to ABC 33/40, the Secret Service confirms surveillance video inside the store shows a person coming into the store late at night and installing the skimmer. They said they had not seen this type of skimmer before.