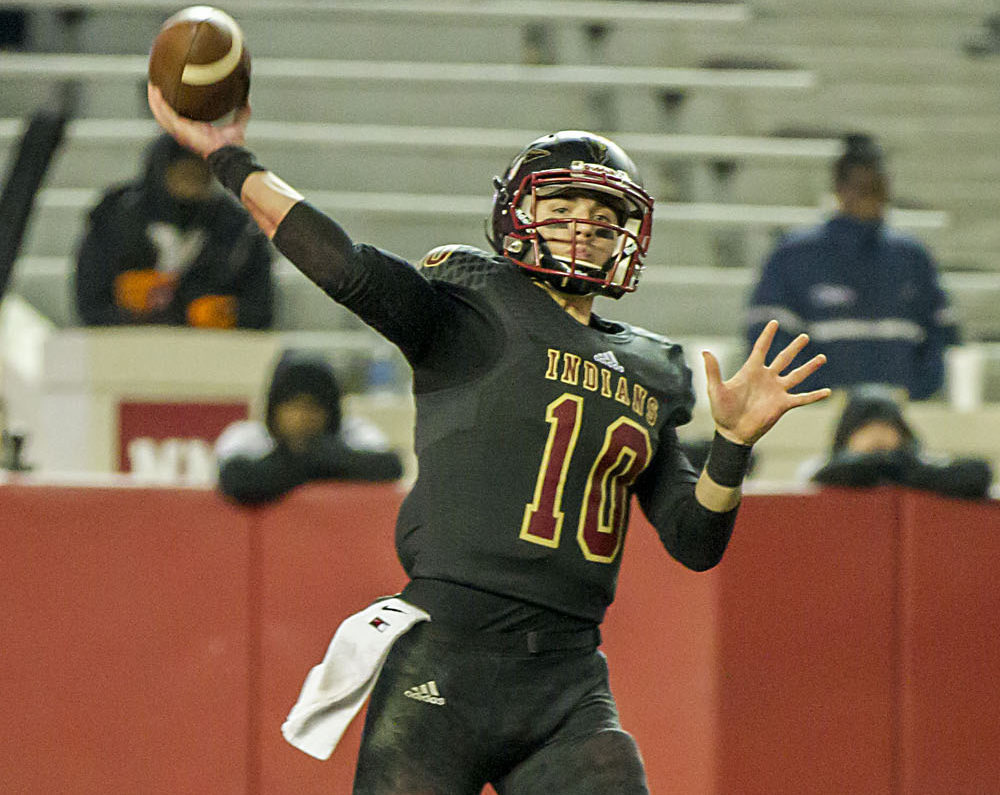 PINSON –Head coach Patrick Nix and the Pinson Valley Indians are the defending 6A state champions and have placed the target on their back as every team they play will be giving them their best shot. The Indians return firepower on both sides of the ball that make the thought of repeating as champion a realistic goal.

The high powered Pinson Valley offense is led by one of the nation’s best high school football players in senior quarterback Bo Nix.

All eyes will be on the Auburn commit as he tries to exceed his 4,446 passing yards and 56 touchdowns from last season. Bo is the number one dual threat quarterback in the nation and is undefeated as the starting quarterback for the Indians.

Former Pinson Valley quarterback, Brooks Garrett, assured that Bo Nix is as advertised. “ He can make every throw anywhere on the field. His athleticism makes him a threat on every snap of the ball.” he said.

The standard has been set at Pinson Valley. The winning culture has been brought in and cultivated and it seems that Pinson Valley is locked and loaded for the 2018 season.

The road to a second consecutive state title is tough no matter the classification. The biggest thing for Pinson Valley is their confidence level. Are the Indians ready to put themselves in the spotlight and achieve the goals set for the 2018 season? The pieces are there and everyone has their eyes on Pinson Valley, but will their reign of dominance continue in 2018?

The full 2018 football preview will be available on Wed. Aug. 22