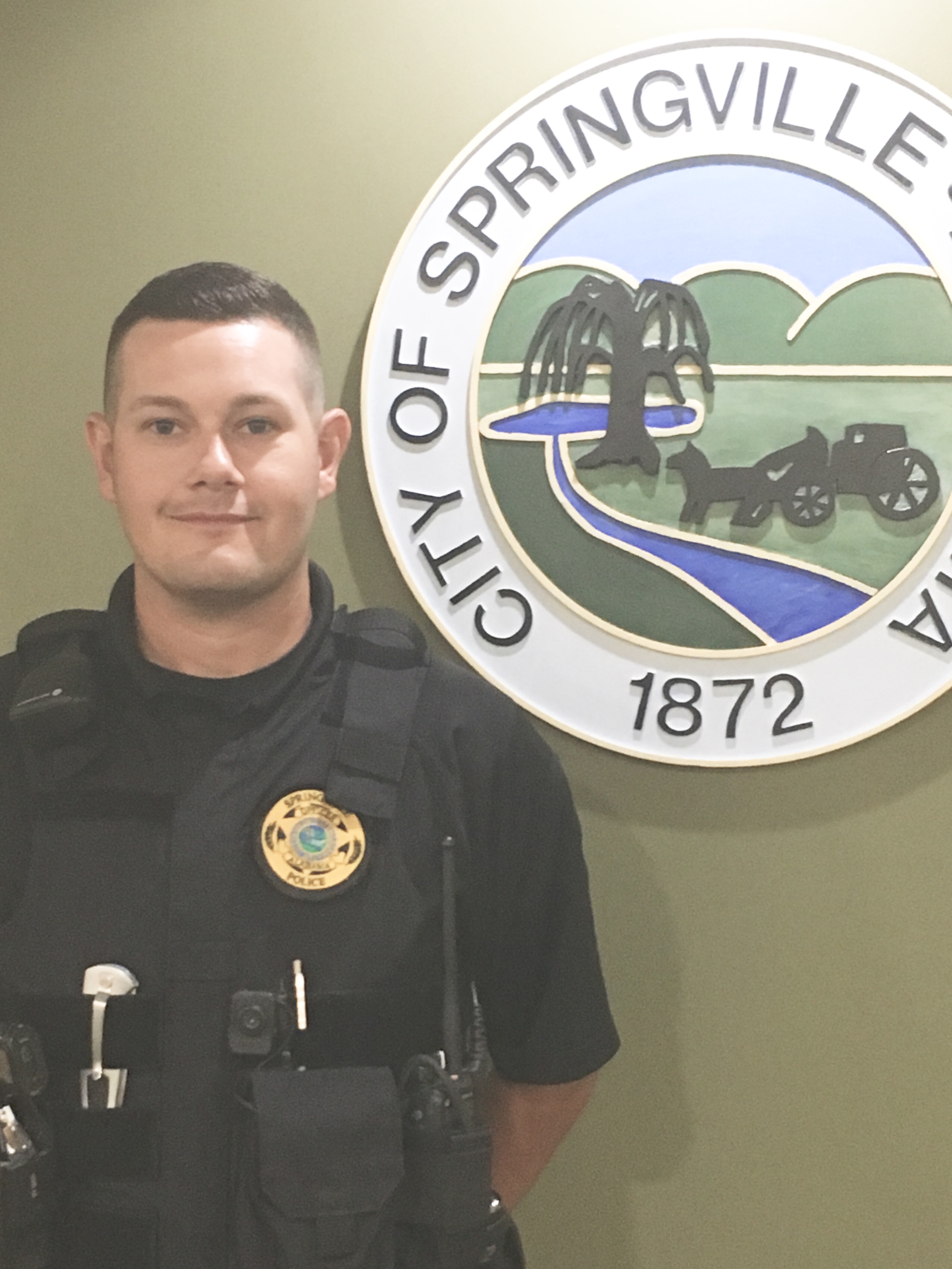 SPRINGVILLE — Springville City Council members gathered  for their regular meeting on August 20 reviewing multiple expenditures, recognizing a new appointment to the police department while receiving a report of gratitude from local resident.

The Council discussed the most economical solution to remove low hanging bushes, limbs and brush on city’s streets. Prior to the August 20 meeting, the city had received one bid for $2500 / day, but Councilors determined that they would need a specific scope of work before agreeing to such a fee. Councilor David Jones suggested use of equipment already owned by the city.

The Parks & Recreation Director, Earl Peoples, agreed that as grass growth will slow with the transition to fall months, his team could make accommodations in their schedule to take on the task.

Upon opening the meeting for public comment, Ray Hardy provided a report of gratitude from residents of MacDonald Farm for the city’s support in getting the developer to pave the neighborhood roads. Hardy also mentioned City Attorney James Hill as having been pivotal in the neighborhood’s quest to have adequate roads in their neighborhood.

“I can’t tell you how much we appreciate your help,” said Hardy. “If you drive down a road every day for ten years with big craters in it, it’s just like Christmas to have these new roads.”

“I know you all hear complaints all the time, so I wanted to be sure to come here tonight to say ‘thank you’.”

The final item of the evening provided an opportunity for the Springville Police Chief, Belinda Crapet, to introduce newest department member, Officer Jason Brooks, who was warmly welcomed by council members. 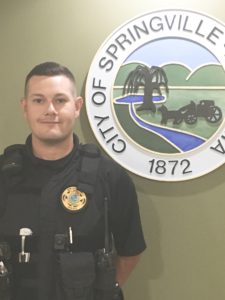 • Window installation in the existing maintenance building for $566 to preempt higher cost of a change fee that would be required after construction begins on the facility;

• A monthly rate increase of $250 for animal control center contract with Pell City for Fiscal Year 2018-2019;

• A unanimous vote resulted in the appointment of Councilor Tim Walker as council representative on the Planning & Zoning Commission; and

The next regularly scheduled council meeting will be Monday, September 10th at 6 p.m. at 160 Walker Drive.  A work session will precede the meeting at 5 p.m.

A special called meeting will be Monday, August 27th at Springville City Hall, located at 160 Walker Dr.,  to hear comments related to the proposed zoning amendment to recently annexed property at 1231 Village Springs Road. The master plan for the proposed development is available for review at the Planning & Zoning Department located at 151 Industrial Drive.