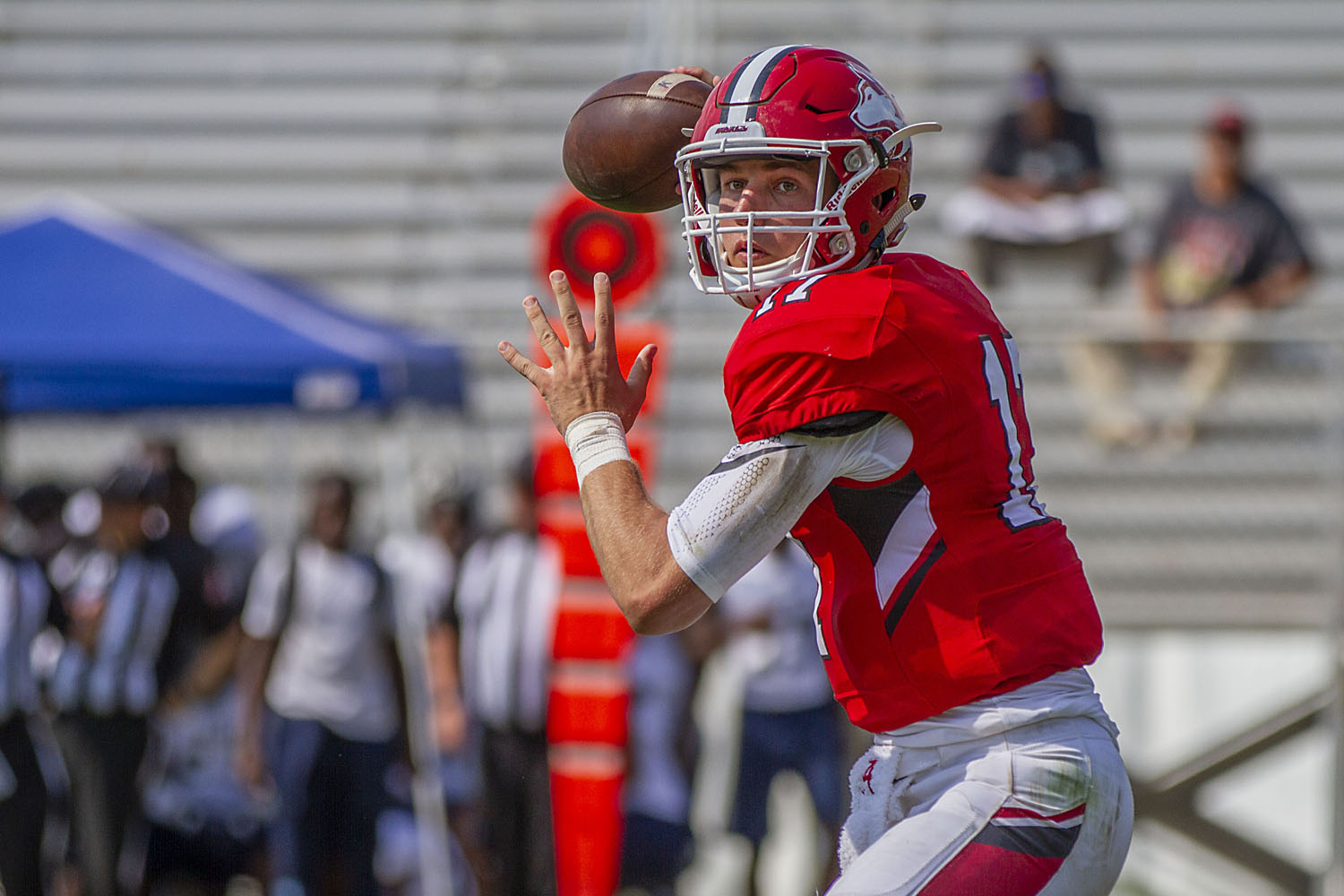 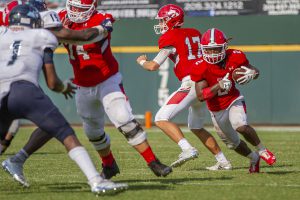 HOOVER— The start of the 2018 season for the Hewitt-Trussville Huskies did not go as planned as they suffered a 34-30 loss the Cedar Grove Saints from Georgia at the Hoover Met.

The Huskies started the scoring for the day with a 39 yard pass and catch from quarterback Paul Tyson to Dazalin Worsham with 5:46 left in the first quarter to take a 7-0 lead.

The Saints answered with an 18 yard touchdown run and extra point to tie the game 7-7 with 4:27 left in the in the quarter.

Tyson then found Sean Johnson for a 28 yard touchdown with 1:57 left in the first quarter which pushed the lead to 14-7 in favor of the Huskies.

The Saints found the endzone to tie the game in the second quarter with a touchdown catch from Jaden Hazelwood, who is a Georgia commitment in the class of 2019.

Cedar Grove stopped the Huskies and scored on a 24 yard run, giving the Saints a 21-14 lead with 4:56 left in the second quarter.

The Huskies answered on the next possesion as Tyson found Jamyre Reese for a 17 yard touchdown to tie the game at 21-21.

The Huskies defense stopped the Cedar Grove offense before the half and allowed the Husky offense to drive the ball down and let kicker Parker Colburn kick a field goal right before the half ended making the score 24-21 Huskies.

Tyson found Worsham again for a touchdown but the extra point was blocked by Cedar Grove making it 30-28 with 7:54 left in the third quarter.

The teams remained scoreless the rest of the third quarter and for most of the fourth until a blocked field goal which was scooped and returned deep into Huskies territory by Cedar Grove allowed them time to retake the lead with 1:08 left in the game.

The Saints scored on a 14 yard run by Austin Smith and an unsuccessful two-point attempt made the game 34-28 in favor of the Saints.

Hewitt-Trussville had the final possession but were stopped on a fourth down attempt in Saints territory with 16 seconds left in the game.

The Huskies offense was prolific with over 600 yards of total offense. Paul Tyson threw for 447 yards with 4 touchdowns.

Dazalin Worsham and Ja’Varrius Johnson both had over 100 yards receiving with 132 and 150 respectively. Armoni Goodwin added in the run game with over 100 yards rushing as well.

“I’m disappointed but we have to get better, the numbers looked high but we didn’t do a good job in the redzone. We just have to come out next week and be ready.” Josh Floyd, head coach of the Huskies, said.

The Huskies travel to West Forsyth Ga. next week with the kickoff set for 6:30 p.m. central time.