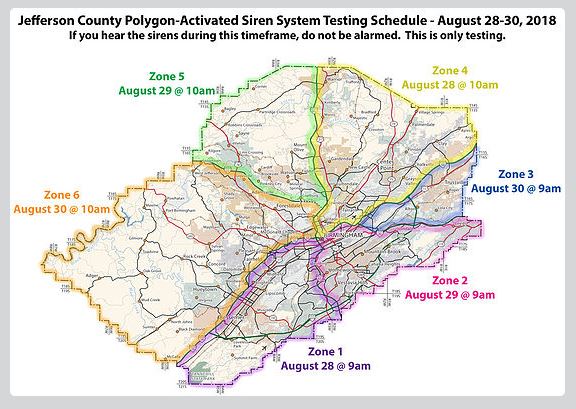 JEFFERSON COUNTY – Weather preparedness in Jefferson County is getting a major upgrade.  Outdated warning methods will soon be replaced with a sophisticated system that will better alert citizens to the severe weather threats they may face, as reported by ABC 33/40.

JeffCo EMA Officer Chris Tate says, “In the past whenever we’ve had a tornado warning, we’ve had to sound all 254 sirens throughout Jefferson County.”

Under the new system you will only hear the siren if you are within areas in the shape of a polygon, which means you are in the path of severe weather and should take the warning very seriously.

As Tate advised, “With the activation of the sirens only located in the polygon fewer people are going to be warned about something that is not going to impact them.”

This new system is going to be more efficient.

“When you have people that look out and they hear an outdoor warning sire, and you have blue skies, you get a sense of complacency,” he says.

It will warn those specifically in range of dangerous weather.

“The siren system is an older technology. It’s 1950’s era technology and we are trying to bring that into the 21st century.”

EMA plans to have it fully operational by August 31st.