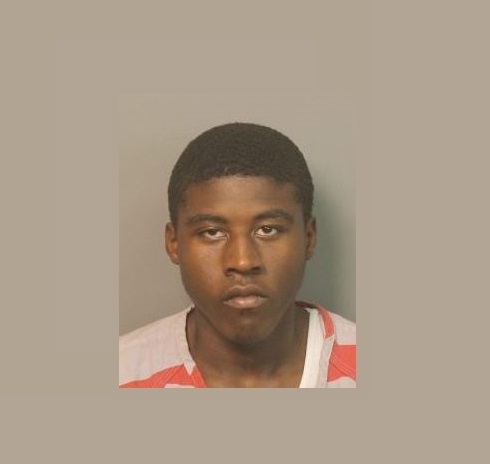 CENTER POINT — An 18-year-old man from Center Point has been arrested for a robbery, car-jacking that occurred on August 21.

Related story: Suspect in car-jacking near Center Point is sought by Police

On August 21, at about 2:00 am deputies were dispatched to 1600 block of Center Point Road to investigate a report of a car-jacking.

The victim, an adult female, informed deputies that she had given a ride to two men, that she did not know, from a gas station to a nearby apartment complex. After arrival at the apartment complex one of the men produced a gun and instructed her to leave the car. The suspects then drove away in her car.

The suspects’ description was given to deputies in the area and on August 24 deputies located one suspect matching the description on a traffic stop at Polly Reed Road and Center Point Parkway.

18-year-old Keshum Lamar Graves, of Center Point, was positively identified as the person who had committed the car-jacking. He was arrested and taken to the Jefferson County Jail where he was held on $60,000 bond in this case.

Graves was also identified as a suspect in two other car-jacking/robberies that occurred in Birmingham. Sheriff’s detectives worked with Birmingham Police Detectives and on August 25 Birmingham Detectives obtained arrest warrants formally charging him with other robberies. Graves is also a suspect in another robbery case in Center Point. Charges are expected in that case.

Graves is in the Jefferson County Jail. His bond is set at $180,000. Sheriff’s detectives are currently working to identify the second suspect.