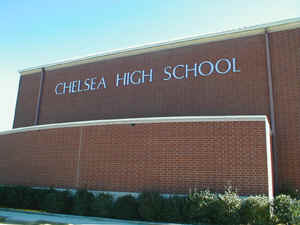 Chelsea High school parent, Denise Jones, posted on Facebook that one of these posters included images of her daughter and the words: “Chelsea: Where wannabe models are made,” which Jones called an act of bullying.

Jone’s post received hundreds of comments but was removed Saturday afternoon, August 31, from Facebook since it included faces of three Briarwood students who were holding the poster. 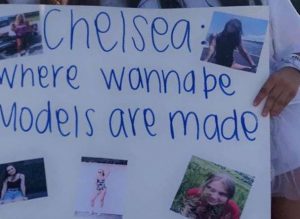 Jones’ comments from Facebook, “Thank you for the overwhelming response. I hope this has cleared the way for all to realize this is not okay. These type of posters do not represent “healthy” competition or rivals.”

“It should not just be ignored by parents or adults. Some children do not have supportive families and this kind of stuff could really cause a child to harm themselves.”

Briarwood Christian High School Principal Shawn Brower sent an apology letter to the Chelsea High school families regarding the behavior of the students. The letter follows: 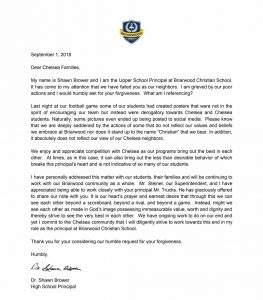